Anil Ambani and his family lost an important case after several appeals. The Swiss bank details will be shared with the Indian government.

Ambani family had tried to block the mutual assistance

The Federal Supreme Court, Switzerland passed the ruling on April 29, 2021, to share the Swiss bank account details of the Ambani family with the Indian authorities.

The request was initially submitted by the Indian Finance Ministry’s Foreign Tax and Research Division on February 5, 2019.

The authorities had requested the Federal Tax Administration of Switzerland to provide administrative assistance regarding the Ambani’s Swiss bank account details from April 2011 until September 2018.

This access would have helped the authorities to examine the offshore structures, in which the Ambani family seems to have financial interests.

“[The] person concerned would have financial interests in several offshore structures.”

Although the ruling doesn’t explicitly name the Ambani family, the judicial news reporter, François Pilet confirms that the persons referred to as A, B, C, and D in the ruling are Anil Ambani, Tina Ambani, Jai Anmol Ambani, and Jai Anshul Ambani respectively.

“As court reporters, we are allowed to see the names of the parties in every decision on the Swiss Supreme Court.”

“[However], this is only possible by going in person to the clerk’s office.” 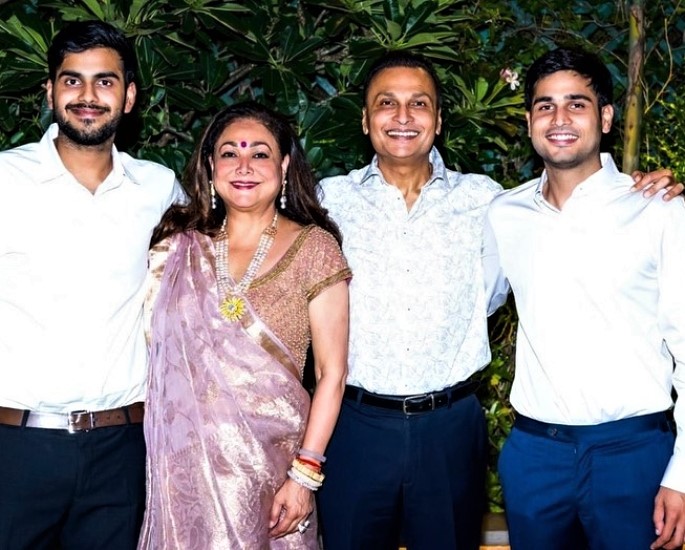 The ruling of the Federal Supreme Court mentioned that the Ambani family had tried to block the mutual assistance several times.

The Ambani family appealed against the decision in the Federal Administrative court.

Represented by Frédéric Serra, the Ambani family argued in the appeal that Switzerland shouldn’t authorise the exchange of information.

However, the court dismissed their appeal in favour of the Indian authorities on March 31, 2021.

Moreover, Judge Raphael Gani of the Federal Administrative Court also imposed a cost of 12,500 Swiss Francs (£9,800) on the Ambani family.

Aggrieved by the ruling, the Ambanis yet again appealed against the decision in the Federal Supreme Court and yet again, lost to the Indian authorities.

“As the executing authority for international administrative assistance in tax matters, the Federal Administration which receives a request for assistance must verify that the request meets the conditions for assistance.

“This does not mean that it must ask the requesting State to provide all the documents in support of its allegations.”

“In the absence of any specific provision, the question depends on the good faith of the requesting State, the scope of which has been defined by case law.

“Thus good faith is presumed and in principle requires the requested State to rely on the information provided to it by the requesting authority, the presumption being able, however, to be lifted in the event of serious doubt.”

Providing the final verdict on the case, the Federal Supreme Court also charged a legal cost of 3,000 Swiss Francs (£2,300) on the Ambani family.

Pilet also mentioned that there has been a rise in the number of tax requests from India so far in 2021, and all of the requests have been approved by the Federal Supreme Court.

This is a major development because Swiss banking laws are famous for their secrecy, and for decades, it had been nearly impossible for foreign governments to seek any bank account details from the Swiss banks.

However, the pressure has been mounting on Switzerland to provide more assistance to foreign governments regarding the investigation into money laundering and tax fraud.

Previously, Anil Ambani had succeeded in cancelling a tax adjustment of over £120 million related to one of his Reliance Group companies in France in 2015.

If the Swiss banks share the required information, it will help the Indian authorities to get a full picture of whether or not the allegations of corruption against Ambani can be proven.

Shamamah is a journalism and political psychology graduate with a passion to play her part to make the world a peaceful place. She loves reading, cooking, and culture. She believes in: “freedom of expression with mutual respect.”
Domestic Abuse rises among LGBTQ Pakistanis amid Covid-19
The Devastating Impact of Covid-19 on Pakistan