A. R. Rahman performs Greatest Hits at The O2

A. R. Rahman returned to London with a spectacular ‘Greatest Hits’ live show on August 15, 2015, at The 02. DESIblitz reviews the fantastic event.

"Thank you for your extraordinary love ... My team and I were thrilled performing for you."

On Saturday 15th August 2015, music legend A. R. Rahman returned to London’s The O2 after an absence of five years.

The double Grammy and double Oscar, BAFTA and Golden Globe winner gave fans a one-off ‘Greatest Hits’ show that they won’t be forgetting any time soon.

Rahman performed a variety of hits in both Tamil and Hindi, catering to both his Bollywood and South Indian fans.

His ‘Greatest Hits’ concert celebrated all of these trademark Rahman styles and beautifully utilised a number of key instruments including flutes, piano and drums. 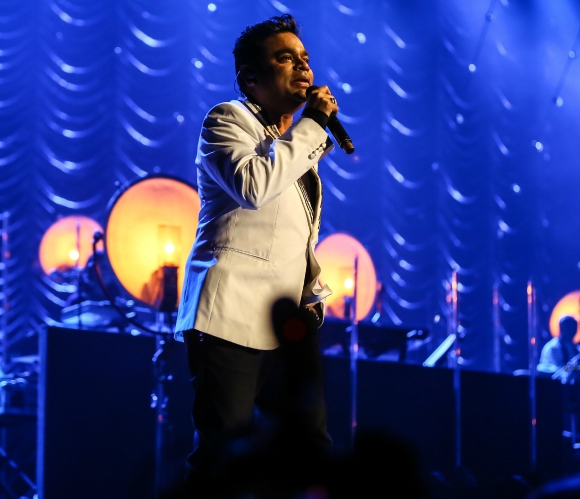 Rahman’s flutist, Naveen, was particularly incredible and has been working together with the music composer for over 30 years.

Starting mellow and ending on an electrifying high, Rahman kept his humble audience captivated throughout.

Jonita Gandhi was the highlight performer. She melodiously sang in an array of different languages from Tamil to French, and even showed off her rapping prowess. 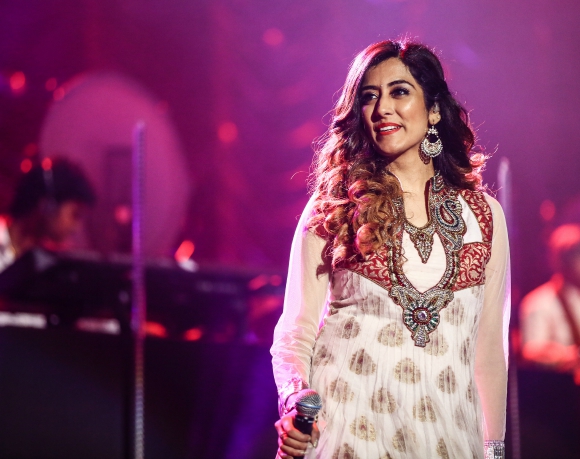 Neeti Mohan stunned with her very own song, ‘Jiya Re’, and her rendition of ‘Rangeela’. Audiences loved Javed Ali’s own interpretation of some Rahman classics including ‘Jashn-E-Bahaara’ and ‘Arziyan’.

Haricharan was incredible in all of his Tamil numbers and audiences especially enjoyed it when he switched between Tamil and Hindi for popular songs like ‘Tu Hi Re’.

It is clear that fans experienced something far different to his ‘Jai Ho’ tour 5 years ago. Previously, Rahman would have amazed the crowd with a Bollywood extravaganza that would be nothing short of dancing performers and a colourfully lit stage. 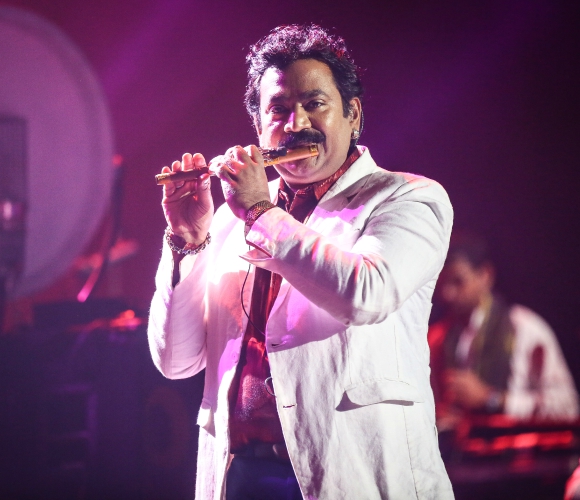 But here, we were presented with the man and his music, and the occasional dance in between.

Despite the lavish digital contraptions that The O2 offers, Rahman’s show was rather stripped back and even included some songs that audiences didn’t expect.

Like many music concerts, more than the songs you hear, your mind lingers to the songs that you wished you had heard. Songs that were missed were from Raanjhanaa, Ghajini, and Rang De Basanti. 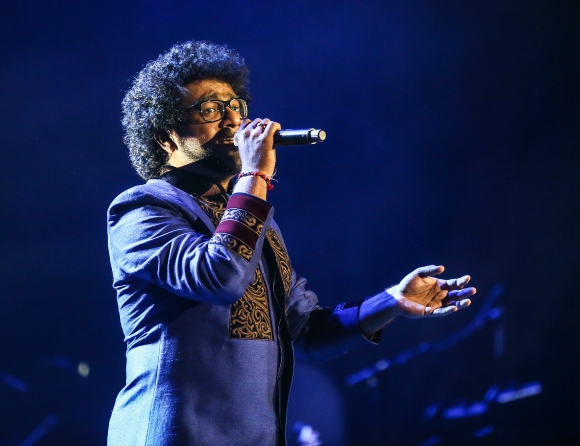 One of the most well received segments was the Qawwali and Sufi segment of the ‘Kun Faaya Kun’ and ‘Khwaja Mere Khwaja’.

The whole setup, from the attire of the musicians and singers, to the layout of the stage, radiated a Sufi feel.

The most awaited songs, ‘Jai Ho’ and ‘Chaiyya Chaiyya’, were placed right at the end, but sadly the audience only had a chance to hear 30 seconds of them and yearned for more.

But what the show lacked in some of its more popular numbers, the audience were offered something far more magical.

Instead, fans were given a rare insight into the creativity of this musical maestro; a live musical experiment that many true Rahman fans will appreciate. 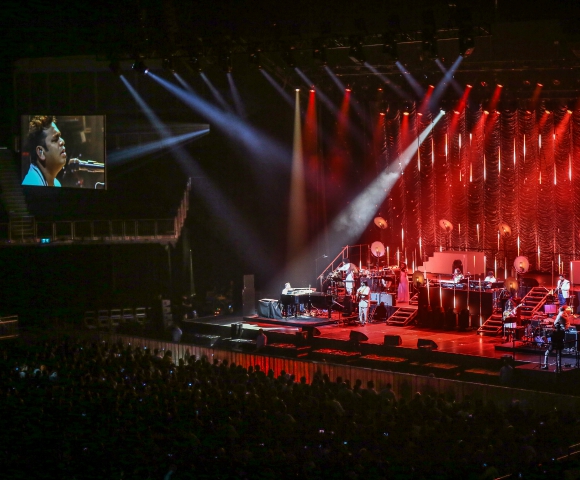 It is clear that the genius behind Rahman is his ability to continuously create and recreate. No song will sound the same, and with the enthused support of his guest singers and musicians, the collaboration of talents was truly awe-inspiring.

Following the fantastic concert, Rahman posted onto his social media: “O2 London management just told me that it was a sold out concert.

“Thank you for your extraordinary love last night… My team and I were thrilled performing for you… See you again soon.”

The sold-out show at The O2 is a testament to Rahman’s incredible music journey that has taken him to all corners of the globe.

In 2009, Time magazine included Rahman on its list of ‘World’s Most Influential People’. His body of work for both international cinema and the stage has earned him the title of ‘Mozart of Madras’. 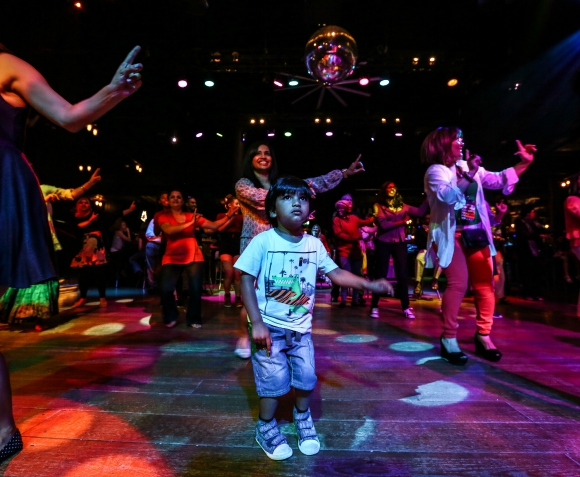 Alongside the main event of the ‘Greatest Hits’ concert, various pre-events were staged for Bollywood and Rahman fans.

A special documentary about Rahman, Jai Ho, was screened during the daytime and there were even dance lessons on offer.

The O2 was transformed into Mumbai with DJs playing Bollywood music, film screenings, dance lessons and authentic Asian street food on offer. There was also an official after party featuring Panjabi Hit Squad that was hosted by Raj and Pablo.

One of the most eagerly anticipated Bollywood music concerts of 2015, A. R. Rahman’s ‘Greatest Hits’ show was a brilliant success. And we are already looking forward to his next one!

See all the images from the fantastic concert below: