Diljit Dosanjh is The Greatest Of All Time with G.O.A.T.

Diljit Dosanjh the megastar of Punjabi entertainment has unleashed his latest album, G.O.A.T. which packed with hit tracks to suit everyone’s taste.

Diljit Dosanjh is a household name when it comes to Punjabi music, films and a much-loved personality. His break into Bollywood has elevated him as a unique star to break barriers never seen before. Now he once again breaks the mould with G.O.A.T., his new album.

G.O.A.T. which stands for Greatest Of All Time symbolises an artist who has created an album packed with variety with different styles and genres of songs for everyone to enjoy no matter what your taste.

The album firmly holds the roots of Punjabi music challenging boundaries with infectious songs and lyrics.

The 16-track album of which the first in an Intro featuring G Sidhu, features collaborations with other popular female singers such as Kaur B on Patola and Nimrat Khaira on Track Suit.

Musically and lyrically, Diljit has worked with many different music producers and writers to create this huge and varied album.

Collaborators include US hip hop music engineer ‘Q Made the Beat’, Desi Crew, Deep Jandu, The Kidd and other Indo-Canadian artists who feature on the album.

Songs on the album have Diljit’s signature hip-hop Punjabi fusion along with other tracks which have incredible lyrics and differentiate his unique capabilities as a singer.

Further to the release of G.O.A.T. Diljit exclusively told DESIblitz:

“I am truly humbled to see the response my latest musical offering is getting, each of the tracks are being appreciated for their own merits.”

With the video of the title track G.O.A.T. garnering over 25 million views within three days on YouTube after release on July 29, 2020. This first video and song trended worldwide.

The G.O.A.T. song and visuals ooze energy with a strong upbeat flavour which encapsulates hard edgy lyrics as Diljit declares his love.

With the lyrics written by Karan Aujla and music by G-Funk, the title track was mixed and mastered by Tom Lowry of Planet Studios in the UK. 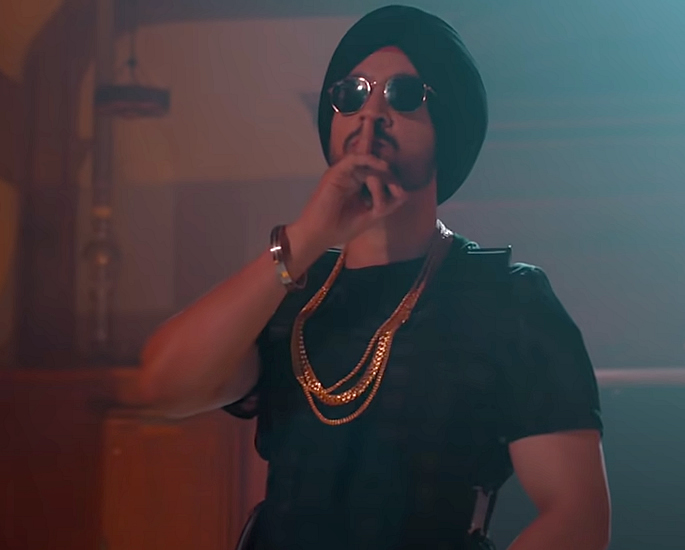 The track Clash musically produced by The Kidd and written by Raj Ranjodh boasts a hip hop flavour mixed with a front-loaded Punjabi beat which works nicely with the lyrics and the chorus ‘Jatt naal Clash karde’.

Navi Navi Yaari is the second song produced by Desi Crew and it is written by Rony Ajnali and Gill Machhrai. With a reggae-inspired beat and music chops, Diljit sings the song which is about a new relationship and its hypnotising effect.

Destined to be one of the most popular songs of the album, Peed immediately grabs attention for its wonderful traditional sound, beautiful lyrics by Raj Ranjodh and music by Gupz Sehra. The song has a ‘Sajna Ve Sajna’ Gurdas Maan feel to it but with its own unique new identity.

Taare produced musically by Intence with a nice laid back beat and music, and written by Happy Raikoti, is a lovely song about how a guy thinks his loved interest and gazes at the stars counting them, thinking of her.

Featuring the vocals of Nimrat Khaira, musically produced by Desi Crew and written by Laadi Chahal is the track Track Suit. The duet has a traditional boliyan flavour which highlights the love-struck exchanges of a girl smitten with a tracksuit wearing love interest. 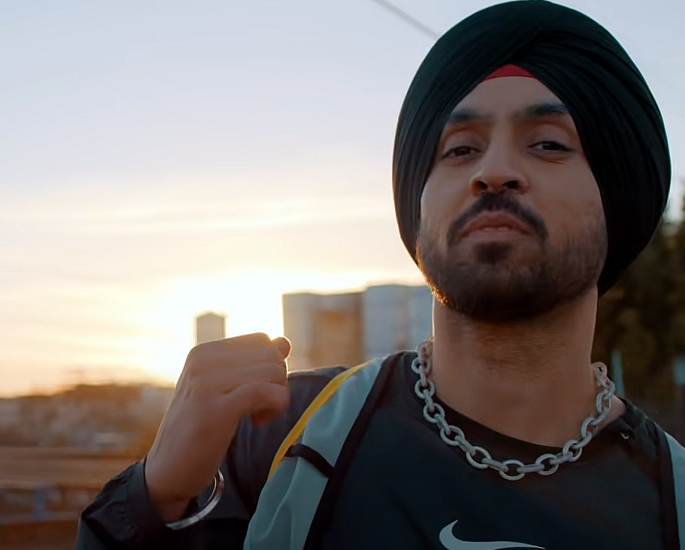 The song Faraar unleashes Diljit on a hip hop beat and music by YoungStarr Pop Boy with lyrics by Ranbir Singh. The song has a romantic flavour which is sung with the voice of a woman admirer whose heart is stolen.

Desi Crew make their next musical appearance on Jatti with the lyrics of Shree Brar. A dhol laden track which has a romantic touch reveals how the ‘Jatti’ would make the efforts to appeal to her man and even if introduced to his mother!

Akh Laal Jatt Di with music by Ikwinder Singh and lyrics by Amrit Maan emphasises the vigour, swag and habits of a ‘Jatt’ and how he will woo his love interest.

When it comes to a different type of songs on the album, Pyaar is one of them. A melodic number with lyrics by D Harp and music by Mr Rubal, the song has a Bollywood feel and is sung with the great emotion of a female love song. Poetry at the end of the song is a beautiful finish.

Habit is the second song on the album musically produced by The Kidd, which features the lyrics of Manjinder Brar. The song evokes the cultural habit of Punjabi men who love their drink. Especially, the ‘Jatt’ caste who are known for their obsession with the delights of alcohol. The tune of the song is very traditional sounding.

The song Range has a delightful expression of a woman’s loss penned in the soulful lyrics by Shree Brar and is musically decorated by Black Virus on G.O.A.T.

Patola featuring the vocals of Kaur B is a traditional Chamkila sounding duet led by a tumbi sound but with a very modern finish. Music by Deep Jandhu and lyrics by Shree Brar is a great combination for the song.

From a song like Peed, Diljit changes the gear to Whiskey to an edgier beat. With music by Desi Crew and lyrics by Laadi Chahal, the song compares the intoxication of a girl to a peg of whiskey.

Desi Crew are behind the music on Born To Shine as their fourth track on G.O.A.T. Penned by Amrit Maan, the upbeat song expresses how the ‘Jatt’ differentiates himself from the others, not bothered about money but simply born to shine. 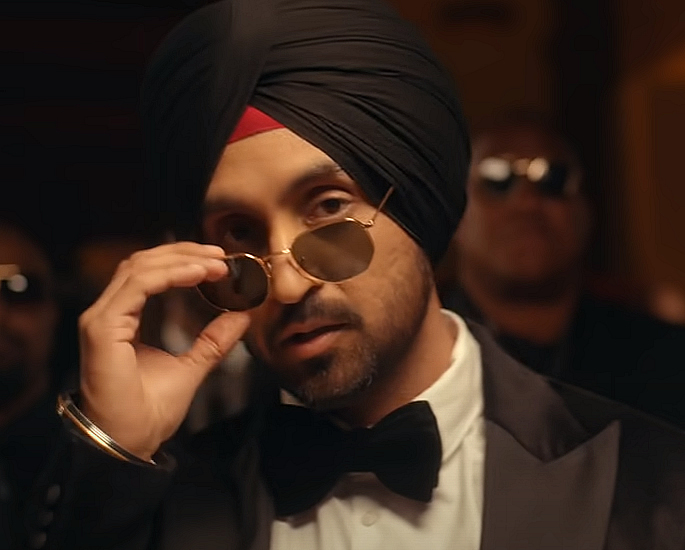 For the making of the album, Diljit secured a renowned studio in Northern California in the US. The likes of American singer-songwriter Post Malone have worked at the same studio.

During these unprecedented times, he worked very hard with speed to balance his vocal delivery, dubbing and appearances for the video shoots.

Reflecting back on the journey of G.O.A.T. Diljit said:

“The past few months have helped me re-connect with my first love, my music and this album is an expression of gratitude to all of my fans.”

His songs in 2019, achieved 967 million views combined on YouTube, so Diljit is determined to make 2020 another memorable one.

His unique presence at Madame Tussauds in London along with his charm and persona led to a Twitter exchange between him and Ivanka Trump in March 2020.

The album G.O.A.T. launched on July 30, 2020, and is available on reputable audio platforms for legal downloading and streaming including Spotify.

Ten songs from the album reached the top 50 on Spotify India within two days and it has surpassed achievements of some Bollywood film soundtracks.

Accompanying music videos for the tracks from G.O.A.T. are to follow which will no doubt be a major treat for Diljit Dosanjh fans worldwide.

Watch the music video to G.O.A.T. 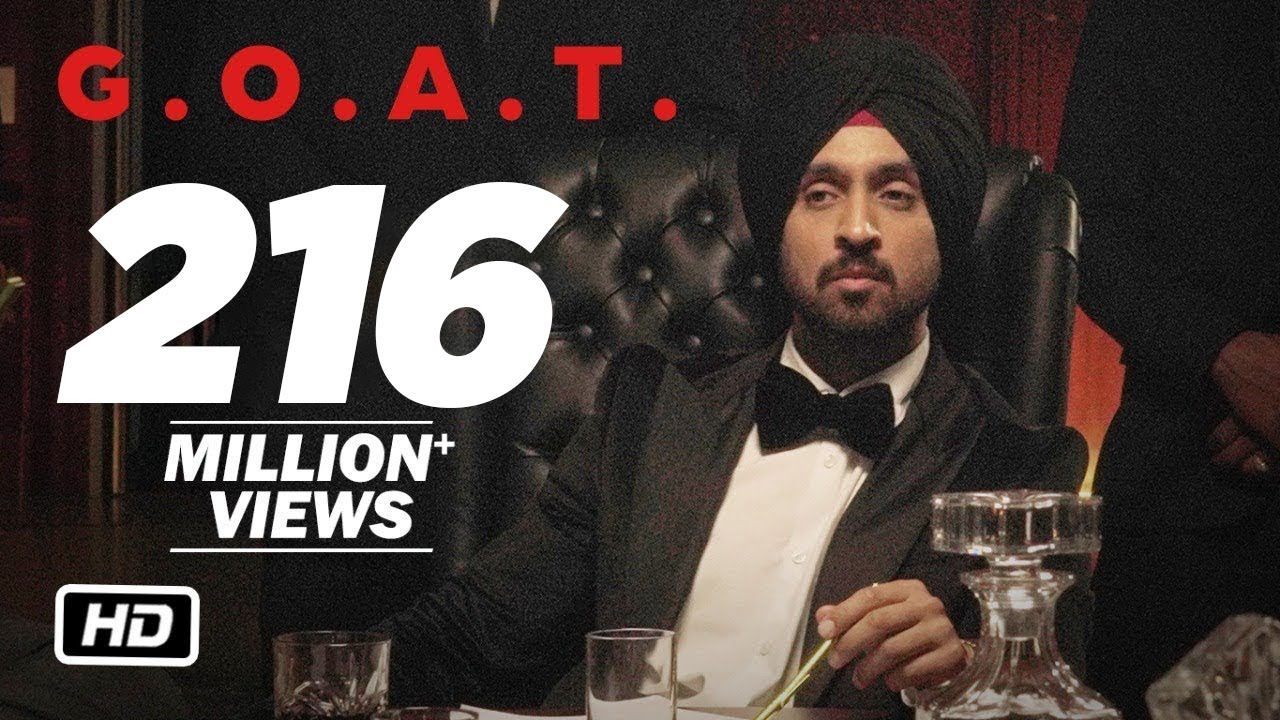 Jas likes to keep in touch with the world of music and entertainment by writing about it. He does like hitting the gym too. His motto is 'The difference between the impossible and the possible lies in a person's determination.'
BBC’s Bhangra or Bust reveals Battle of Bhangra Dancers
Badshah investigated for Fake Social Followers by Police