Through their incredible artwork, Indian women are showcasing their talents and wider meanings. We look at seven Indian women artists known for their work.

she made an attempt to return to classical Indian art.

Art has always been open for female artists to highlight social issues through their expression for art.

By doing this, many of them have become known for their unique styles that they incorporate. Some use Indian art forms while others take European influences.

Early female artists employed traditional art methods such as paintings which gained a lot of recognition. They acted as pioneers for more modern artists and the style of work that they do.

Contemporary artists use a variety of forms such as sculpting and photograph to express their feelings and other issues.

It is their unique works which is what they are known for. Here are seven Indian women artists who are well-known for their art. 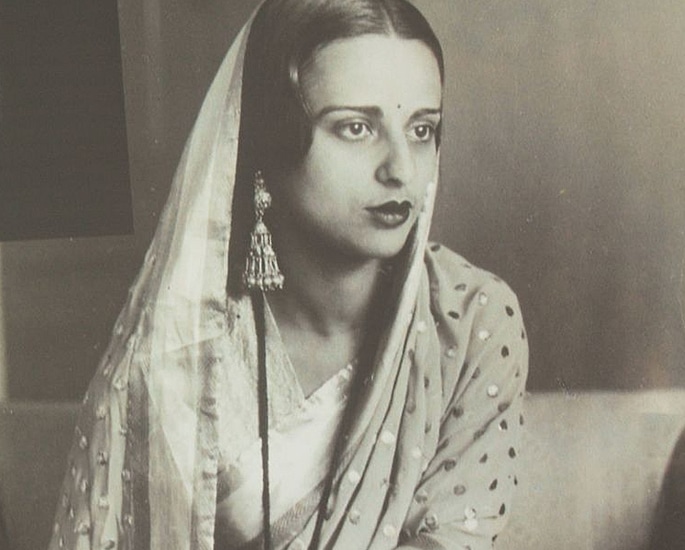 Amrita Sher-Gil is India’s most celebrated female artist and is considered to be a “pioneer” in modern Indian art.

Born in Hungary, Sher-Gil travelled to a number of countries such as Turkey, France and India throughout her life and learnt about their cultures.

A lot of her early work depicted European influences as she gained recognition as an artist during the early 1930s.

Her oil painting Young Girls from 1932, was her breakthrough as the piece of art won Sher-Gil many accolades.

During Sher-Gil’s later career, she made an attempt to return to classical Indian art.

Her Indian-inspired paintings revealed her passionate sense of colour and an equally passionate empathy for her subjects, who are often depicted in their poverty.

During the late 1930s, Sher-Gil realised that her “artistic mission” was to express the life of Indian people through her work.

Sher-Gil is best known for her portraits which incorporated Indian traditions. They were of her friends, lovers and herself which usually reflected her mood.

Her portraits are renowned and one self-portrait is among the most expensive within Indian art. In 2015, Sher-Gil’s self-portrait sold for £22 million (Rs. 22 Crore).

The high price and number of influences within each painting showcased her passion for art which makes her one of India’s most iconic women artists. 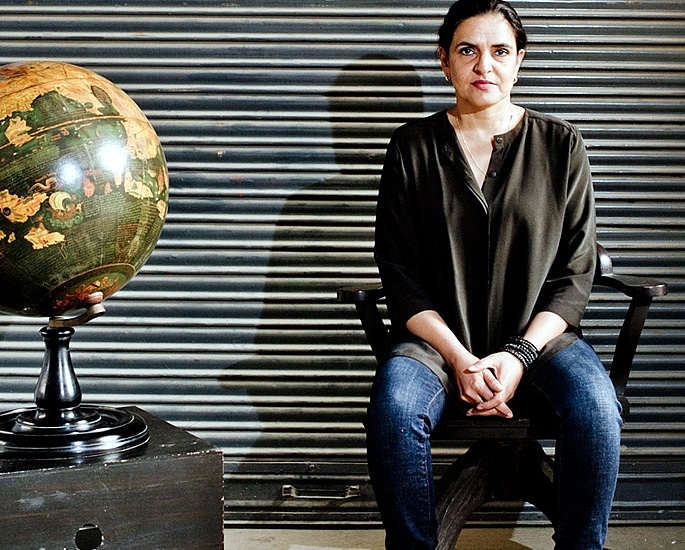 When it comes to contemporary art and sculptures, there is no Indian woman more famous than Bharti Kher.

She was born in London but moved to New Delhi in 1991 to fully commit to her role as a contemporary artist.

Kher’s works feature a combination of painting, sculpting and installation. Her artwork typically reflects on her own wandering life.

One thing which is common among Kher’s work is the inclusion of the ‘Bindi‘, the forehead decoration worn by women.

A lot of her sculptures feature a ‘Bindi’, where they play the role of a basic foundation for her masterpieces.

She is also an expert in creating wild and eccentric resin-cast sculptures depicting animals and nature. Her talent has been recognised on the international art scene especially during auctions.

It surpassed the selling record which was set by her husband Subodh Gupta who is also one of India’s most famous contemporary artists.

Kher’s unique ways of including ‘Bindis’ into her work have made her one of India’s best modern female artists. 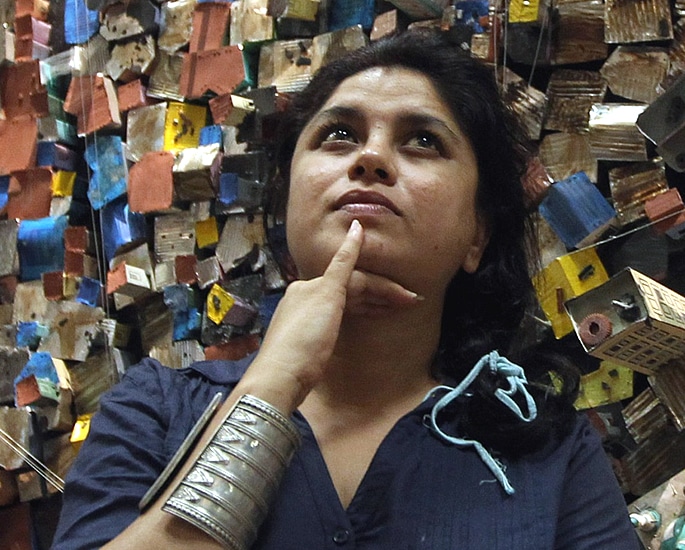 Hema Upadhyay is one of the most unique female artists when it comes to the work she is known for.

Her art consisted of photography and sculptural installations which explored concepts of personal identity, nostalgia and gender.

One of her most well-known pieces came in the early 2000s titled The Nymph and the Adult. Upadhyay hand-sculpted 2,000 lifelike cockroaches to make it appear like an infestation.

It was intended to provide dislike and delight among viewers at the same time. It made viewers think about the consequences of military action.

The piece posed a question on people’s minds during a tense time in South Africa, ‘Would cockroaches be the only survivors?’.

Upadhyay was known for creating work that made viewers think about potential consequences as a result of their acts.

It was this artistic style which established her as one of the most amazing women artists in India. 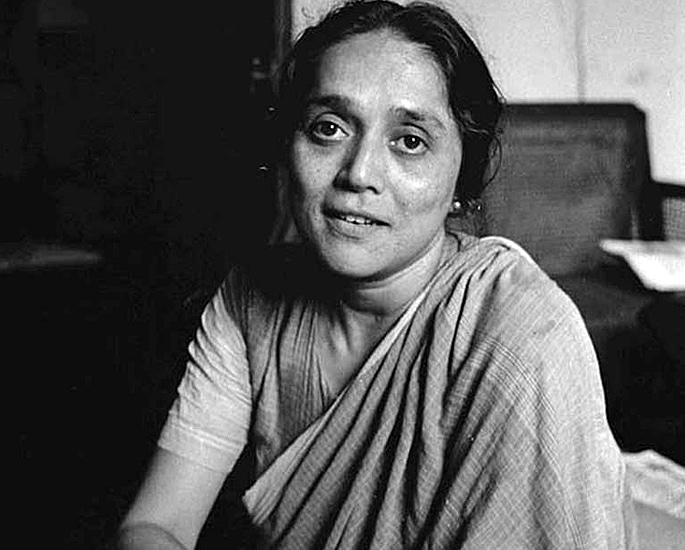 Meera Mukherjee was known for bringing the ancient Bengali sculpting art into the modern era during the 1960s.

She improved the Dhokra method which is non-ferrous metal casting using the lost-wax casting method. This is where a duplicate metal sculpture is cast from an original sculpture.

Mukherjee learnt this art technique when she was learning the Bastar sculpting tradition.

From then on, she innovated her own way of bronze casting which required the works to be sculpted in wax and then building it up.

Even though bronze is hard, the finished sculptures appear delicate. This gives the work a unique kind of rhythm.

Mukherjee’s sculptures celebrate humanism as they usually depict common chores being undertaken. This included fishermen, labourers, weavers and other workers.

Bengali calligraphy, nature, music and dance was also a subtle addition to some of her works.

Mukherjee emerged onto the Indian art scene when the industry was going through a change. She took her opportunity and became recognised for it.

In 1992, she was awarded the Padma Shri for her immense contribution to art. 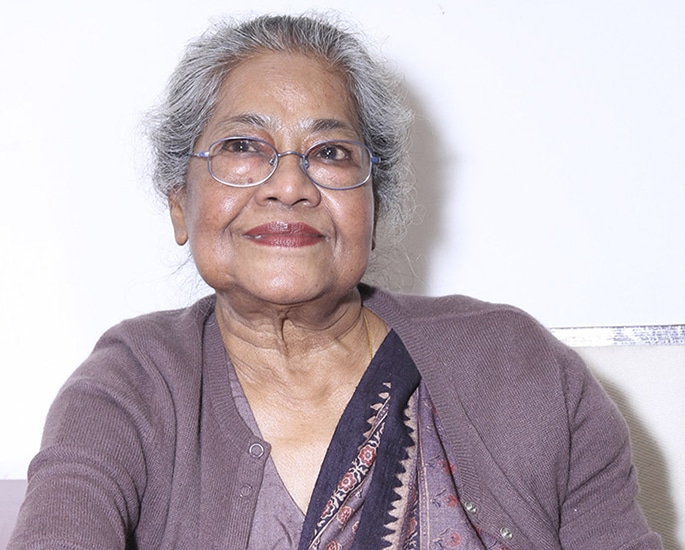 Arpita Singh is one of the most important female artists in India as she increased the visual spectrum of contemporary women more than any other female artist.

Her artwork is known to be figurative and quite modern as they both have a storyline and a plethora of images arranged in a chaotic way.

Singh’s early creations were water paintings that were usually in black and white.

Her most well-known art style came about during the 1980s where she shifted her attention to women-focused Bengali folk paintings.

Her brush strokes highlighted a scale of emotions such as joy, hope and sorrow.

Singh’s creativity in works such as Summer Months has seen her artwork exhibited all over the world.

She has also won a number of awards for her imagination in the form of paintings such as the Padma Bhushan in 2011.

The long career as an artist and the creation of many famous paintings make Arpita Singh one of India’s most celebrated female artists. 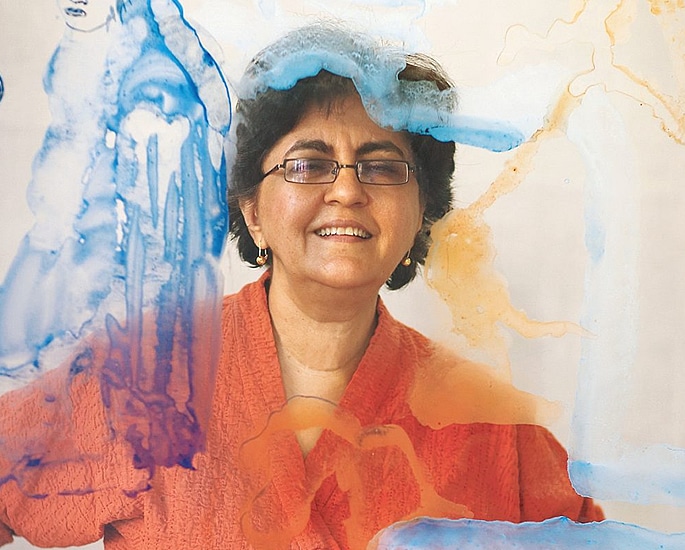 Nalini Malani was born in Karachi prior to Partition and moved to India following it.

She is a pioneering artist as she was one of the first to explicitly highlight feminist issues within her work during the 1980s.

It was around this time when Malani gained international fame as her drawings and paintings clearly sent a message.

Malani is known for her politically charged artworks which are not limited to paintings. She also creates artistic videos, installation and theatre.

Issues that have been ignored such as race, class and gender are shown through her work.

Malani’s inspirations have a lot to do with her experience as a refugee during Partition in 1947. Her works tell a story but the narrative goes past the conventional.

As a social activist, Malani does not restrict herself to gender cultural categories. She instead engages with specific issues that have to do with being repressed.

The artist gained recognition during a time when the art industry in India was dominated by males.

She gained a reputation for her work as well as an organiser for art events. Malani’s work has been exhibited all over the world.

Her followers and art enthusiasts have been mesmerised by creations such as Cassandra and Listening to the Shades.

Malani’s focus on feminist issues makes her an admirable female artist in India. 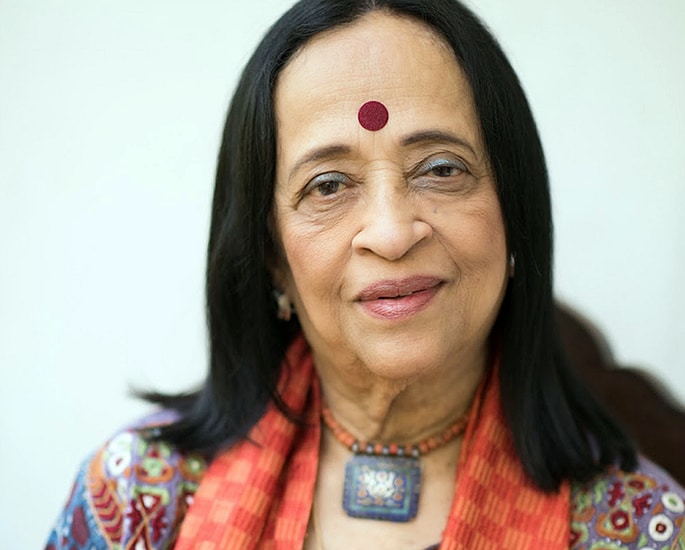 West Bengal-born Anjolie Ela Menon is one of the country’s top contemporary artists as many of her paintings are in several major collections.

Her preferred materials are oil on masonite, but Menon has also used computer graphics and Murano glass.

Menon uses a vibrant colour palette and thin washes to create portraits and nudes, which is what she is best known for.

Many of Menon’s creations incorporated European influences such as Cubism.

Her works are identifiable by their bright colours as well as sharp outlines to highlight the ultimate audacity of youth.

As her work is not just one genre, Menon is free to explore new areas when it comes to creating art.

The well-known muralist has shown off some of her pieces in a number of countries and has also represented India at several shows.

Anjolie Ela Menon’s recognition as a painter and muralist make her one of the most versatile female artists in India.

These seven women artists have inspired many other artists to use their creative talents as a means of illustrating key issues within the world.

All of these women use a variety of styles to create unique masterpieces. Some of their pieces became well-known worldwide and put Indian art on the map.

While there are other female artists, these seven are some of the most well-known for what they do and helped shaped Indian art as a whole.