Pakistani sensation Bobo may only be two-foot-tall but has a larger than life personality. He got married to his bride Fauzia in a grand ceremony.

The groom also enjoyed taking selfies with his new wife

Pakistani man Burhan Chishti, better known as Bobo, had a grand wedding in which he married his bride Fauzia.

The larger than life character is quite the celebrity, meeting various stars from the world of Bollywood.

He is an online sensation especially after a video of him dancing to a Punjabi song during his wedding reception went viral.

The two-foot-tall man may be wheelchair-bound but he survived polio and always lives life to the fullest.

A lavish wedding reception was held in Oslo and footage of it went viral after Bobo was carried by his friends to help him enjoy and dance to several Punjabi hits.

The newly-married couple had arrived at their wedding reception holding hands while he operated his electric wheelchair.

Bobo and Fauzia’s ceremony was attended by family and close friends.

It may have been held in Oslo but that did not stop people from all over the world attending. Reportedly, nationals from 13 different countries were present. 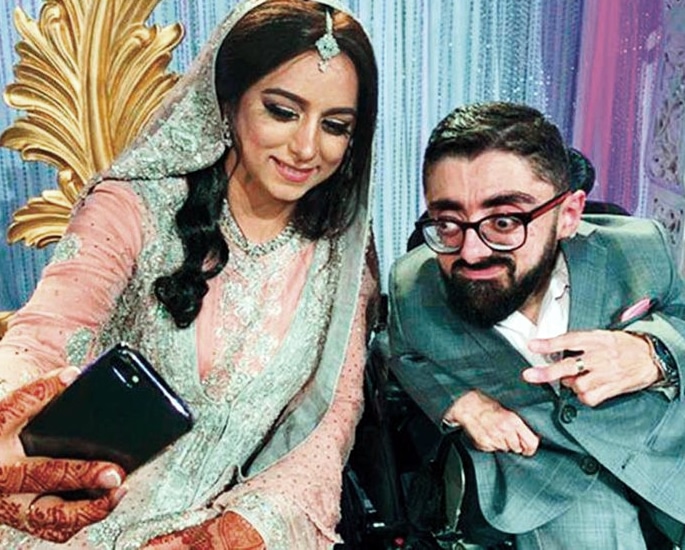 Fauzia, who is from Pakpattan in the Punjab province of Pakistan, said that she loves Bobo and even had his name tattooed on her hand to highlight her feelings.

During the reception, Bobo reenacted some of his favourite scenes from films before going off with his friends to dance to some popular numbers.

Their friends shared congratulatory messages, wishing the couple the utmost happiness in their marriage.

As well as sending messages to the couple, some spoke about their journey from their home country to the reception.

On his marriage, Bobo said:

“Ours is a love marriage and we will try to be a happy couple.” 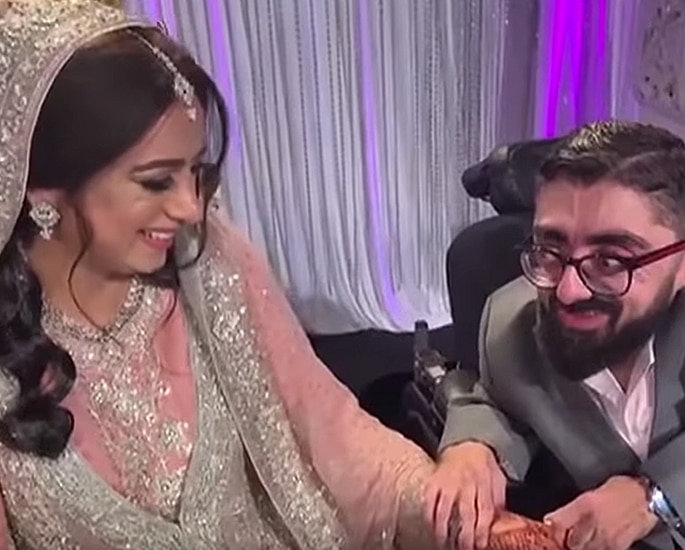 Bobo has an active presence on social media in which he shows off the luxury lifestyle he experiences.

His Instagram is filled with pictures of him dressed in designer clothes, posing with lavish cars or meeting famous film, music and TV stars. 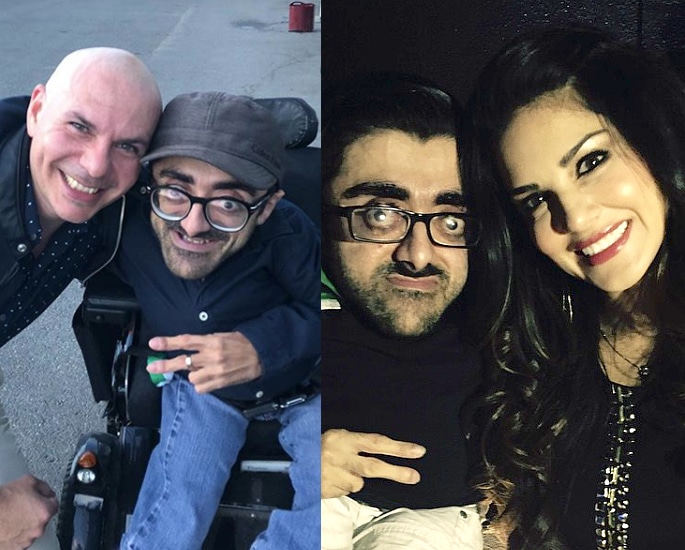 Although he likes to enjoy a life of luxury, Bobo is also fully supportive of charity. 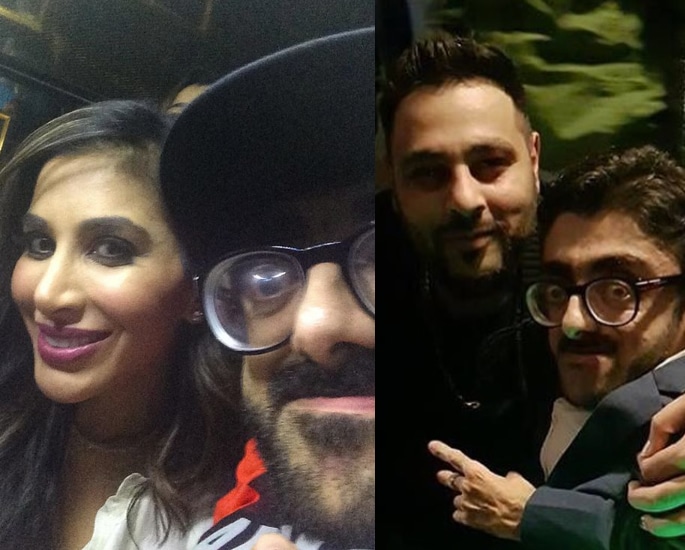 He represents Bollywood icon Salman Khan’s Being Human Foundation in Norway which is where he resides.

Bobo met Salman for the first time in Abu Dhabi. He shared the moment in a video and wrote:

“When two tigers meet for first time in Abu Dhabi.”

In the video, Salman calls Bobo “the man”.

Dhiren is a journalism graduate with a passion for gaming, watching films and sports. He also enjoys cooking from time to time. His motto is to “Live life one day at a time.”
‘Oldest’ Indian Man shocks Airport Staff with Passport Age
Three arrested over Death of Mum-of-Three in her Home