Rakshitha Kumar, a 2-year-old Indian toddler from Edinburgh, has learnt to recite the capital cities of 196 countries from memory in less than five minutes!

"We thought let's just show her all of them and see what she remembers."

While other children of her age are still learning to walk, 2-year-old Rakshitha Kumar can recite the capital cities of 196 countries in the world.

According to the Metro, the most amazing thing is that she can do so in less than five minutes!

If that wasn’t impressive enough, the bright toddler can list them out alphabetically and by continent!

Her incredible skills developed after her parents tried to keep her entertained on an 11-hour flight from Chennai to Edinburgh.

They started by playing a game with her that would teach her the capitals of major countries.

But they did not expect little Rakshitha to memorise every single one that they had mentioned.

So, her mother Kavita and father Ramesh decided to buy her a children’s book, listing 30 of the world’s most well-known capital cities.

In a week’s time, the Indian-origin girl managed to learn them all off by heart. 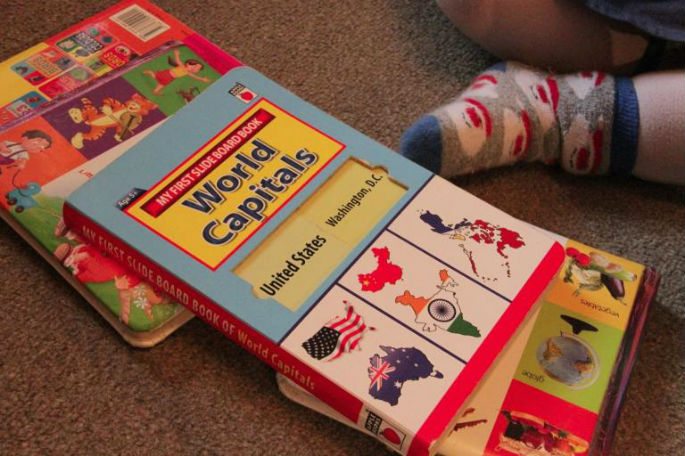 Three months later, she has memorised the capital city of every country in the world, even the most obscure and those little heard of countries.

When her parents read out the name of a country, the little tot can reply with the corresponding answer with ease.

Ramesh, a 33-year-old project manager with Royal Bank of Scotland, says: “She did so well learning the 30 countries from the book, we thought let’s just show her all of them and see what she remembers.

“Within the space of two months or three months, she’d learned them all.

“My wife’s done it with her working through each continent at a time.”

He adds: “It’s not just capital cities Rakshitha can remember. She knows nursery rhymes and lullabies world perfect too.

“From a very young age, she has been interested in books and her memory retention has been excellent.”

Already a proud father, he hopes that Rakshitha’s thirst for knowledge will continue into her adult life.

Images courtesy of STV and Metro