Thinking about ordering food that is also nutritious. Here are 10 healthy Indian foods to order from takeaways.

"the cooking method helps the dish stay flavourful and juicy"

When deciding on a takeaway, Indian is one of the most popular options and there are healthy foods on the menu.

A lot of Indian takeaway foods are unhealthy.

This is due to the way many dishes are prepared and served.

Many dishes are cooked with lots of oil and ghee. While this adds flavour to the dish, it is incredibly fattening.

This means potentially over a thousand calories in just one order.

Fortunately, there are some healthy meals and accompaniments to think about when looking through the menu.

With that said, here are 10 healthy Indian foods to order from takeaways. 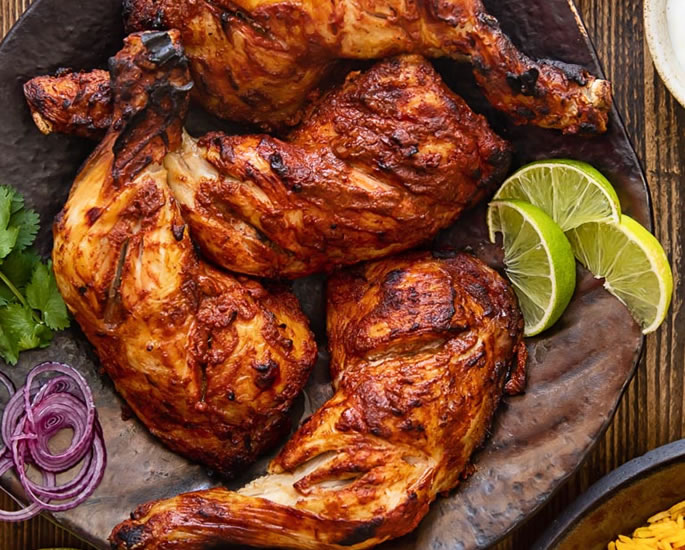 When it comes to ordering Indian food from a takeaway, tandoori chicken is one of the healthiest options.

It is marinated in yoghurt and various spices such as ginger, garlic and chillies.

The chicken is then cooked in a tandoor (clay oven).

Not only does it create a delicious smoky flavour but it is a healthier alternative to other Indian foods such as chicken tikka masala.

“Tandoori dishes are a great option because the cooking method helps the dish stay flavourful and juicy without the extra calories found in cream-based entrees.”

Garlic and ginger add extra flavour without many calories. 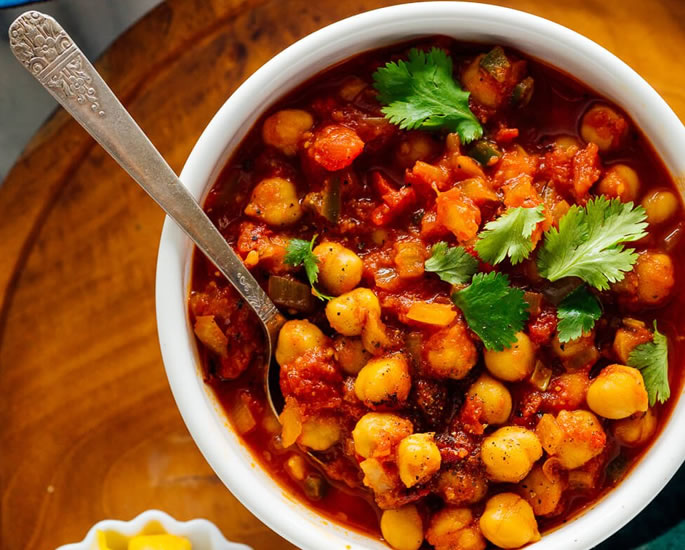 Chana masala is a high-protein, plant-based dish made from chickpeas and a spicy sauce.

It is also high in fibre, which is important in keeping you feeling full for longer.

Chickpeas are a good source of manganese and folate, which help support bone development.

Research shows that a diet high in legumes like chickpeas is associated with a lower risk of chronic diseases, including Type 2 diabetes and obesity.

Eating chickpeas has also been shown to improve heart health.

This makes chana masala a healthy option when looking through an Indian takeaway menu. 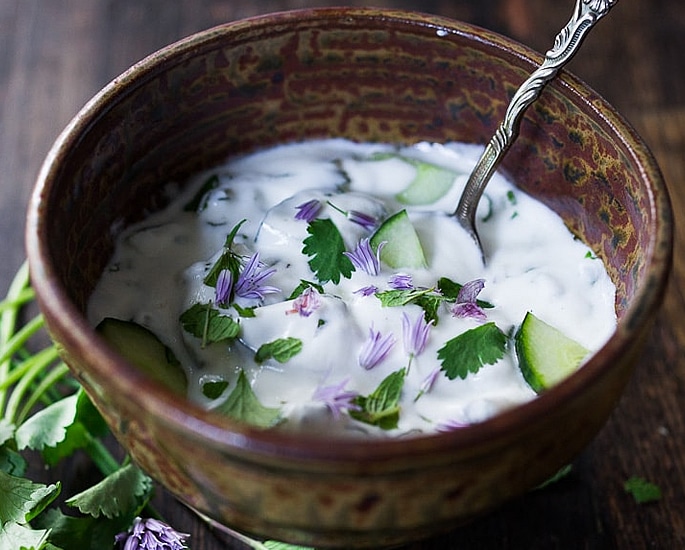 When ordering an Indian takeaway, many also order raita to cool down the spicy taste but did you know that it is a very healthy food?

In takeaways, the most common one is cucumber raita.

Not only is it refreshing but it is also high in protein, calcium and potassium.

The yoghurt is a good source of probiotics, which may boost immunity and overall health.

Meanwhile, cucumber contains both Vitamin C and caffeic acid, which may help with decreased swelling and water retention. 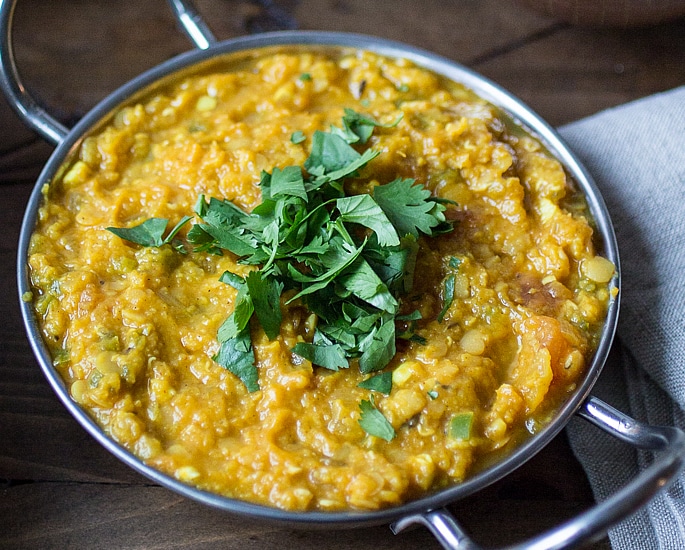 Daal is a staple in Indian cuisine, with many varieties such as tarka daal and masoor daal.

This healthy Indian food is typically made from cooked split lentils and simmered with various spices.

Dietician Lara Metz says: “I recommend this dish because it offers lean protein without the added saturated fat found in red meat.

“It also offers an excellent vegetarian protein source, as well as fibre.”

Regularly including them in your diet is associated with a reduced risk of diseases, including diabetes, certain cancers and cardiovascular diseases.

So if you are craving an Indian takeaway but are eating healthy, consider a type of daal. 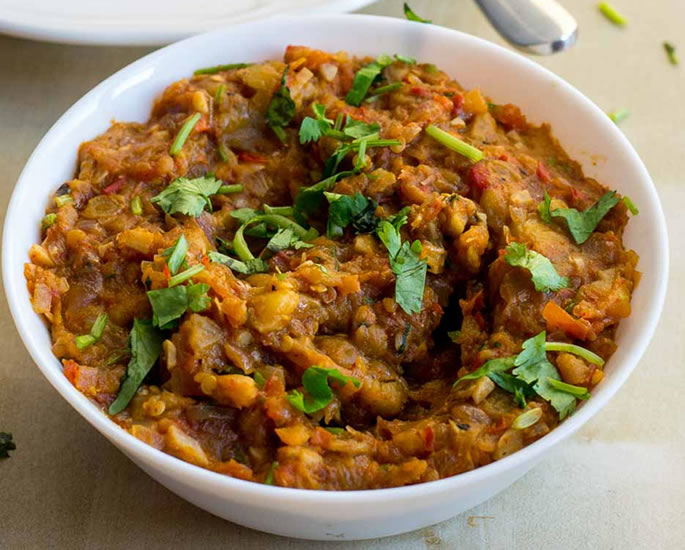 Baingan bharta is made from oven-roasted aubergine that is peeled, mashed and cooked with spices, garlic and tomatoes.

It is a hearty dish that is packed with health benefits.

Aubergine is naturally high in fibre, antioxidants, polyphenols and other nutrients whilst also being low in calories.

According to Lara Metz: “Some of the spices used in this dish, and Indian cooking in general, are coriander, turmeric, ginger, and cardamom.

“Studies have shown these spices help with inflammation as well as digestion and gastrointestinal function.” 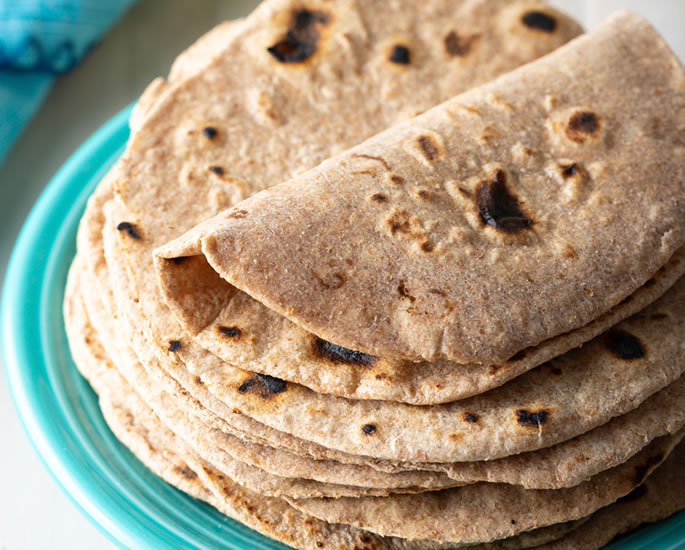 When it comes to Indian takeaway, naan is a common accompaniment.

But it isn’t the healthiest option so opt for roti instead.

Roti is made from wholewheat flour and just one piece contains over three grams of protein and over four grams of fibre.

It is also a better choice than white rice because it will help keep you full for longer.

Research has also found that the fibre typically found in wholegrain wheat is a prebiotic, which can help promote beneficial gut bacteria. 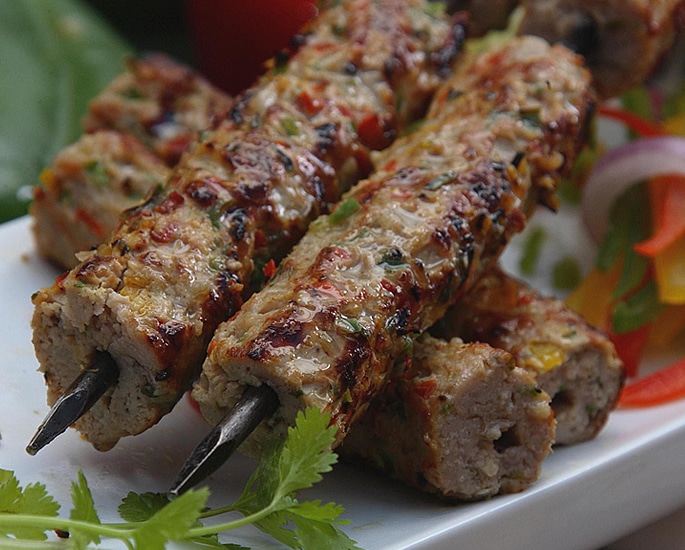 At an Indian takeaway, lamb kebabs accompanied by lots of vegetables can be a healthy option.

The fibre found in vegetables slows down the transit time of food through the intestine and slows down the digestion and absorption of carbohydrates, preventing blood sugar spikes.

Maria adds: “Combining protein and fibre with every meal aids with satiety, provides more energy, and makes us feel more in control of our food choices.”

The cooking method is also beneficial as kebabs are typically grilled, meaning the fat from the meat is released, making them lower in calories. 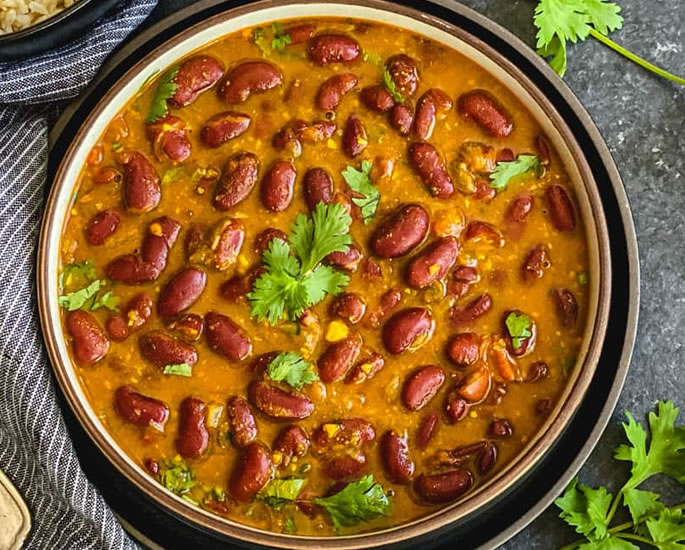 Rajma is a vegetarian dish that consists of red kidney beans cooked with spices and in a thick sauce.

This food can be found on Indian takeaway menus and it is one to consider as it is incredibly healthy.

Kidney beans contain lots of antioxidants, which help fight compounds called free radicals, which are associated with ageing and disease.

Rajma is also fat-free and high in fibre, folate and magnesium.

Considering these benefits, rajma is a dish to think about when ordering from your local takeaway. 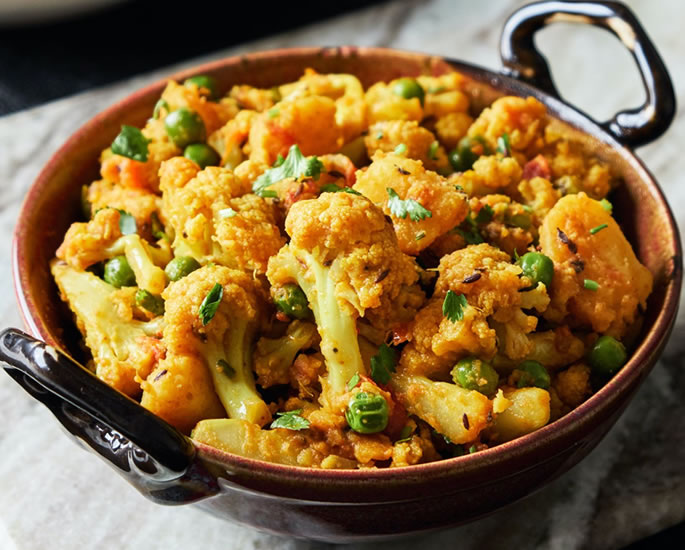 This popular vegetarian dish is made up of potatoes and cauliflower cooked with onions and seasoned with spices such as cumin seeds, turmeric and chillies.

Aloo gobi is a good source of fibre.

But one thing to note is that cauliflower is a cruciferous vegetable, a group that has been well-studied for its anti-cancer benefits.

This is likely due to a compound called isothiocyanate.

The generous addition of turmeric may have additional benefits, such as anti-inflammation. 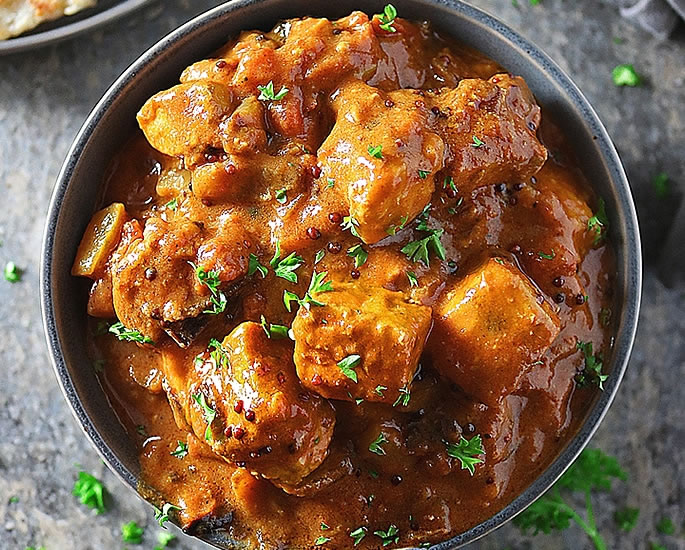 Curries are the most popular takeaway dishes but tend to be high in saturated fat and calories.

But a healthy option is fish masala as it contains fewer calories.

Fish like cod, flounder and sole are high in omega-3 so make sure to check which type of fish the curry contains before ordering.

Fish masala is cooked in a tomato-based sauce which is far less fattening than cream-based curries.

Enjoy fish masala with roti for a healthy takeaway dinner.

Although Indian takeaways usually mean high calories and unhealthiness, these 10 foods are both flavourful and healthy.

The ingredients used have health benefits and some of the cooking methods are also helpful.

So if you are maintaining a healthy diet but are desperate for an Indian takeaway, consider moving away from your usual choices and opt for these instead.

Dhiren is a journalism graduate with a passion for gaming, watching films and sports. He also enjoys cooking from time to time. His motto is to “Live life one day at a time.”
10 Popular Breakfast Foods Eaten in Punjab
Arrest Warrant issued for Celebrity Chef Tommy Miah