A Peshwari naan bread contains 748 calories, equivalent to a slice of cake.

The researchers at Ulster University reveal their findings in a report titled ‘What’s in your Indian Takeaway?’, as part of Safefood’s ‘Nutrition Takeout Series’.

The study takes 280 takeaway samples from 36 outlets in both urban and rural locations in the Republic of Ireland.

They find that Indian takeaways contain enough food to feed two people in one portion. 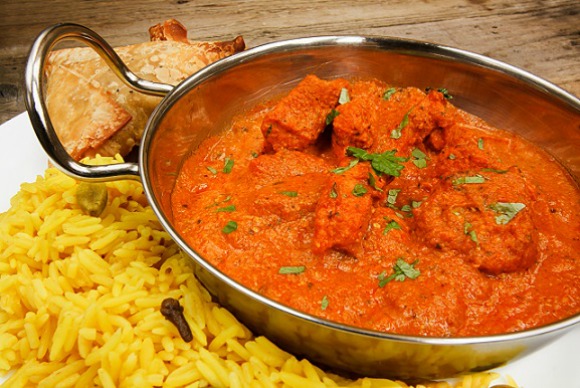 As good as it is to have more food than you need than less, experts warn it is damaging to our health.

A typical order from an Indian takeaway includes poppadoms, a starter, a main course served with rice or naan bread, and perhaps some extras on the side.

Not only is the average amount of rice in one portion enough to feed two people, Pilau rice is found to contain nearly 500 calories.

A Peshwari naan bread contains 748 calories, equivalent to a slice of cake which constitutes 168 per cent of the daily recommended intake for saturated fat.

As for main course, the study finds the top favourite and most calorific dishes in Ireland is Chicken Tikka Masala, with a staggering 1,249 calories.

This works out to be 90.8g of fat, which is way above the recommended daily intake of 70g.

It also translates to 4.7g of salt intake, which contributes 79 per cent of what our body needs in a day’s meal.

Chicken Korma and Chicken Jalfrezi closely follow, also found to be more than the advised intake of calorie, fat and salt.

All of these easily add up to exceed a healthy daily calorie consumption of 2,000 to 2,500 for adults.

Safefood states: “With two out of every three adults on the island of Ireland currently classified as overweight or obese, excess body weight is now one of the most important nutritional issues of our times.”

According to research agency Millward Brown, ‘one in five adults report ordering Indian takeaway food recently while one in three people say they order a full main size portion for themselves’.

“While traditional meals in India are low in fat, high in fibre and rich in fruit and vegetables, chefs here have adapted their recipes to suit local taste buds.”

Thus, these dishes are being served in bigger portions and added with more ingredients that enhance the flavour, but also its fat and salt content. 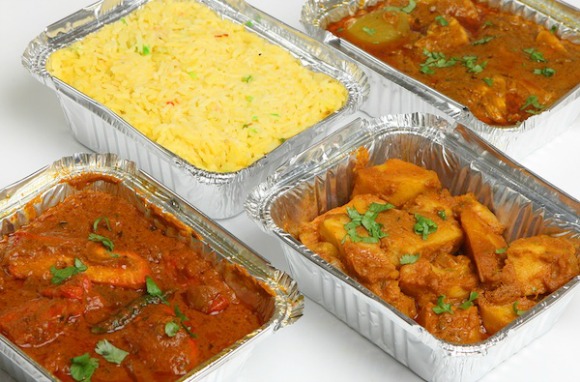 In light of these shocking results, Ruth Price of Ulster University recommends:

“Our advice is not that consumers should avoid these takeaway foods, but rather consider consuming them less often and in moderation.

“This could be done by either choosing smaller portions, sharing portions or limiting the added extras such as starters and side orders.”

It is hoped the message can be delivered to takeaway lovers and encourage a balanced and healthy diet that leaves room for a little indulgence.

Katie is a English graduate specialising in journalism and creative writing. Her interests include dancing, performing and swimming and she strives to keep an active and healthy lifestyle! Her motto is: "What you do today can improve all your tomorrows!"
Curry meals at Asda face Shortage
Delicious Desi Party Food Ideas