Foods for a Healthy Desi Heart

Getting healthy and maintaining a healthy heart is very important for Desi people. Especially, those living in Western countries. We look at how to make some changes to your food which can help you develop a healthier lifestyle.

use healthier oils for cooking such as Rapeseed oil

South Asian health related to diet is frequently in the news. The obesity epidemic is on the increase and now even making its way to India, where reports of obesity in the upper classes is becoming a problem due to higher consumption of junk food compared to lower social classes.

In the UK, communities from South Asia are already on the high risk list for heart disease, mainly due to diets containing high fat and sugar content. 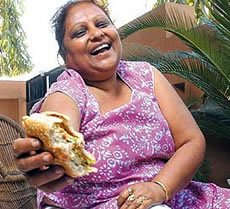 For British Asians the issue is still a key one mainly due to families not changing habits in cooking or eating fat and sugar rich foods without a concern for their health.

Newer food habits amongst British Asians are also having an impact with high proportions of fast food such as pizzas, burgers, kebabs, heavily fried foods and chips being consumed regularly and more frequently. Many young people are very overweight in their youth, heading for problems later on in life.

Research by the British Heart Foundation (BHF) has found that people of South Asian origin or descent are likely to develop coronary heart disease much more than their white counterparts. Factors that influence cardiovascular disease in South Asians include raised cholesterol, hypertension, diabetes and obesity.

In a report called ‘Ethnic Differences in Cardiovascular Disease’ produced in 2010 by the BHF, it states that Chronic Heart Disease (CHD) is highest in Indian and Pakistani men; Black Caribbean, Indian, Pakistani and Bangladeshi men have a higher prevalence of Diabetes and in 2004, Indian men had the highest BMI waist-hip ratio of 0.95 and over, compared to all other men in England. 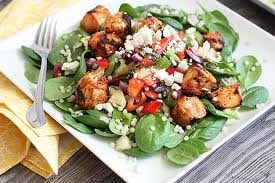 Asian food is a very healthy food providing care is taken when cooking, using healthy ingredients and avoiding eating too much or large portions.

Fat is a key issue for change.

Basically, for a healthy Desi heart it is about control and making simple changes which can have a dramatic effect on the diet and health.

So, let’s look at foods, their content and ways of cooking that can make a difference to your diet, health and reduce the chances of you being an obesity statistic.

Healthy Oils – use healthier oils for cooking such as Rapeseed oil to cook South Asian dishes. It has a very mild taste and you do not notice the difference when swapping it with butter or ghee.

Real Spices – use real spices to cook your food compared to using pre-prepared sauces which a very popular for convenience but have extra oil added to them.

Garlic and Ginger – add plenty of garlic to your cooking as it is an excellent food for assisting with good circulation and does wonders for the heart. Use ginger in your cooking which is great for health and adds a lovely flavour.

Fry Less – grill, bake, poach or steam food rather than frying or roasting, so that you won’t need to add any extra fat.

Yoghurt – use low fat yoghurt instead of cream for rich creamy dishes such as korma.

Meat – trim visible fat and take skin off meat before cooking. Use the grill or griddle pan instead of the frying pan, for whatever meat you’re cooking.

Less Oil – use less oil in your meat curries and sabjis. Put more vegetables or beans in your curries, and a bit less meat. Skim the fat off the top of curries before serving.

Chappatis and Naans – Use wholemeal flour. Do not butter your fresh chappatis or naans. Lightly brush them with healthy oils if you do want them softer.

Salad – serve salad with your meals. Adding cucumber, tomatoes, onion and lettuce to your meal will make a healthier addition and may stop you from eating too many chappatis or naan.

Fresh is Best – cook fresh as much as possible with fresh ingredients using lots of vegetables. A basic curry for one person can be made within an hour and half.

Trans Fats – cut down trans-fats which are found in foods such as dairy foods and meats. They also are used to make processed foods, hard margarines, cakes, pastries, biscuits and crackers.

Fast Food – cut down on how much fast food you eat in a week. Try healthy alternatives. For example, a chicken breast tikka cooked in a tandoor, served on freshly baked naan is better for you than fried chicken with the skin on it served with fries.

Asian Sweets – as yummy as it is, only have mithai and weets on special occasions. Swap these for healthier alternatives such as fruit salad, fruit smoothies and jelly.

Try Different Meals – experiment and try healthier meals as a change. For example, cook chicken tikka fresh on a griddle pan and serve with a large salad containing spinach, cucumber, tomateos, sun-dried tomatoes and olives with a light dressing of lemon juice and seasoning instead of having rice, naan or chappati with it.

Swap your meat once a week for soya such as Quorn. This is high in protein and tastes as good as meat when cooked in any South Asian dishes.

Omega 3– Aim to eat two portions of oily fish per week. It is a well known provider of polyunsaturated fat known omega-3 fats which help lower blood triglyceride levels and reduce the chances of heart disease. Mackerel, pilchards, herring, sardines, trout and fresh tuna are all examples of oily fish.

If you are vegetarian you can get omega-3 from rapeseed oil, flaxseed oil and some nuts such as walnuts.

Snacking stay away from fried snacks like chevda, bombay mix, crisps and swap them for a small handful of nuts like almonds, dry cereal, fruit like grapes and berries, and dried raisins.

Tea and Coffee – Have more teas especially herbal teas such as green tea which is high in anti-oxidents. Reduce coffee intake. Tea and coffee also include water.

Alcohol – limit how much alcohol you drink. Do not binge drink. Alcohol adds calories and sugar to your diet.

These are simply a few changes out of many that can help you maintain a healthy heart and reduce the risk of heart disease. However, it is not just changes to diet that are required; you must also ensure you are engaging in physical activity and exercise.

Doing exercise where you feel breathless for about 30 minutes a day is ideal and more is better. So, going to the gym, playing team sports, brisk walking, jogging, running and swimming are all good examples of exercise.

So, do not leave it to the point where you cannot change eating habits and ‘let go’ of yourself. Act now, do something that will benefit you, especially if you are overweight and help yourself to a maintaining a healthy Desi heart.

Nazhat is an ambitious 'Desi' woman with interests in news and lifestyle. As a writer with a determined journalistic flair, she firmly believes in the motto "an investment in knowledge pays the best interest," by Benjamin Franklin.
Kohl: The Line and Beyond
Young Girls care more about Body Image