"I didn’t have any other lyrics than Satya Meva Jayate"

After the amazing news of the formation of the SuperHeavy band comprising Mick Jagger, Mick Jagger, AR Rahman, Damian Marley, Dave Stewart and Joss Stone, their first album and singles are rapidly making their mark in the music industry.

The first single ‘Miracle Worker’ was a strong Reggae vibe featuring the lead vocals of Damian Marely supported by Joss Stone and the rest of the band. Now it’s time for AR Rahman to step forward with a mesmerising track for the album called ‘Satyameva Jayathe’ which means ‘the truth alone trumphs’ and features the vocals of Mick Jagger singing in Hindi. Incidently, the title of the track was also the title of a Bollywood film released in 1987, directed by Raj N. Sippy and starred Vinod Khanna, Meenakshi Sheshadri and Madhavi. 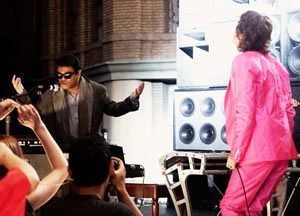 The song on the SuperHeavy album has been composed by Oscar winning Rahman and is an instantly infectious tune that feels like a new anthem in the making. Fans of Rahman will undoubtedly feel the same vibe they did when they first heard the now immortal ‘Vande Mataram.’ Still having an upbeat Ragga style beat the song makes use of all the band members in the vocals and musically.

The band is a reality after Mick Jagger and Dave Stewart wanted to form a band with musicians from different genres. And subsequently, AR Rahman was the ideal choice to represent the South Asian vibe in this unique group.

Despite their disparate backgrounds the members of SuperHeavy instantly connected and hit the ground running. “As soon as we started playing together in the studio it gelled, all these different styles, it didn’t seem to be a problem to make them fit together” says Jagger.

“We were just making music and if we didn’t like it, we wouldn’t use it,” Stewart said.

“We just did it because we wanted to do an experiment, and that got developed and more and more developed until in the end, this record appeared.” 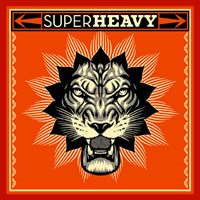 This new and spontaneous way of working for all the collaborators has resulted in an explosive 12 track album that defies categorisation. The group’s members say the sound of the album cannot be placed into any specific genre. Dave Stewart describes SuperHeavy as a ‘mad alchemist type experiment’, with Mick Jagger adding, “We didn’t know what kind of music we’d make, we didn’t know if it would be any good, but we hoped we’d have fun”.

The SuperHeavy album is now available to download on iTunes and can be purchased in all reputable music stores.

Jagger’s legend was formed with the Rolling Stones and other successful musical collaborations, but he says none of that can be compared to his experience with SuperHeavy.

Rahman has longed to do a traditional Indian track which featured major artists and this was the right opportunity to make it a reality. Talking about ‘Satyameva Jayathe’ Rehman said: “It was a long dream for me, to take one of the morals of Indian culture, which is Satya Meva Jayate and make it into a song. Dave said, ‘AR we want your voice in this album and we want this to be a great Indian song too.’ I said it would be historic; if Mick Jagger, Joss Stone, Damien Marley, Dave Stewart and me come together for a song like this. In a way, it’s iconic. We all acted spontaneously at that point and started doing the song and I didn’t have any other lyrics than Satya Meva Jayate. I only knew that it had to be this song but had nothing else. We filled in the lyrics later and added in the choir to create an epic of sorts.”

In a recent interview with the Associated Press, Rahman, Jagger and Stewart talked in detail about the making of the album and whole SuperHeavy experience. 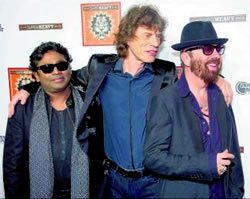 When asked about what Jagger and Stewart were looking for in the member when selecting them, Jaggar said: “One thing serious that we did think about, we didn’t want people with loads of entourages and that would have too big of egos. It is very quickly how human beings sort of adjust to each other’s temperaments and creativity. It is just like being in a cocktail party with a group of people. Either the cocktail party is going to go well or it doesn’t. It depends on the vibe.”

Interestingly, Rahman was the first member they called. Talking about it Rahman said: “I don’t know why they called me, first of all. I thought maybe they wanted my piano playing or my keyboard, or a string arrangement.” 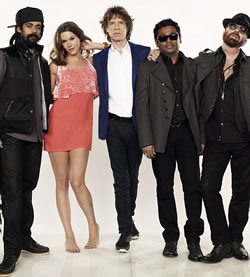 The musical challenges for Jaggar seem to be providing a lot of fun. In the first single, Jaggar also did some ‘toasting’ which is West Indian rhyme lyrically. Jaggar recalled of the time and said: “I was just copying Damian. I do a little bit. I went toasting, we call it, but it is the same thing (as rap). Damian was doing this really good toasting, West Indian rapping, so I thought, “I could do that. It can’t be that difficult.” It actually was quite difficult. With a bit of practice, it is all right. It is a laugh.”

Talking about the concept of SuperHeavy, Rahman says: “SuperHeavy is a musical team and each of us has a distinct style. If you look at the five of us, we have all been driving our own thing and have our own following. So we bring in very different influences to the table. When it is a collaboration of such a scale, sometimes you have to take a back seat and just let music be made naturally. But SuperHeavy does have strong Indian influences.”

AR Rahman is probably the most pioneering Indian musician that has successfully crossed over into the Western world and brought his own unique musical identity with him. Being one of the most sought after composers in Bollywood, he has shown that his talents are not restricted to a specific industry. And after being the first Indian composer to win an Oscar, he certainly is not going to stop adding the ‘heavy’ to SuperHeavy.

Jas likes to keep in touch with the world of music and entertainment by writing about it. He does like hitting the gym too. His motto is 'The difference between the impossible and the possible lies in a person's determination.'
‘The Mistress’ free Jay Sean album
Brit Asia Music Awards Winners