The inaugural South African India Film and Television Awards (SAIFTA) were held at the International Convention Centre in Durban. Big names from Bollywood performed along with local artists. The film Barfi! received three awards on the night.

“Best Actress for Barfi! I can’t tell you how special this film is for me.”

The International Convention Centre [ICC] in Durban sizzled with the first edition of the South African India Film and Television Awards (SAIFTA) on September 6, 2013.

Indian artists from the small and big screen jetted to the Rainbow Nation (South Africa), celebrating the culture and heritage of both countries.

Around 150 film and TV stars from India and 30 South African film and TV personalities were joined by a 7,000 packed live audience during this stunning event. 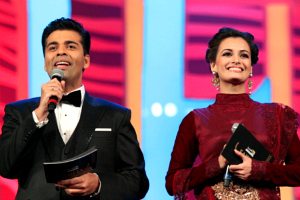 John Abraham and Waheeda Rehman launched SAIFTA in Mumbai on July 16, 2013. On the occasion Abraham acknowledging the organisers said:

“You’ve offered this to us with open arms and we thank you for supporting the Indian film industry.”

While South Africa is not new to Bollwyood, SAIFTA promised to be a little different, as they felicitated stars from both India and South Africa.

“I think the concept is great, we have a lot of fans here who love Bollywood and this is a great way of taking Indian movies abroad,” said actress Madhuri Dixit.

Director Karan Johan and Actress Dia Mirza were the perfect hosts for the evening, filled with scintillating performances from Madhuri, Priyanka and Siddharth. 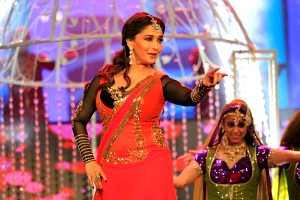 The stage ignited with performances showcasing the breadth of talent in both countries across the dance and comedy genres.

Bollywood’s ‘Dhak Dhak’ girl Madhuri Dixit mesmerised the audiences as she performed alongside local dancers in a vibrant cross-cultural display.

Madhuri danced away to classic tunes such as ‘Chalte Chalte’ from Pakeezah (1972) and ‘Maar Dala’ from Devdas (2002).

Another impressive element of the night was the fashion show by designer sisters Alpa and Reena and local couturier Haroun Hansrot. 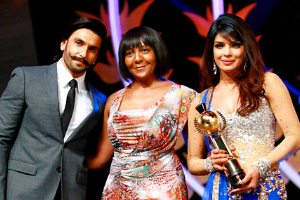 The best SAIFTA Indian Film award went to Barfi! (2012), with Ranbir Kapoor and former Miss World Priyanka Chopra also winning the Best Actor and Actress award for their roles in the blockbuster hit.

After receiving the award, a delighted Priyanka said: “Best Actress for Barfi! I can’t tell you how special this film is for me.”

From the local winners, SAIFTA Best Male Television Actor went to Robert Whitehead for Isidingo. Following this award other local talent was honoured with 7de Laan winning Television Show of the Year.

A special Madiba Award was conferred on former South African President Nelson Mandela, which was received by his grand-daughter Ndileka Mandela at the gala event.

Here is the full list of winners of the 2013 South African India Film and Television Awards.

FILM OF THE YEAR
Barfi!

It is quite obvious that the organisers of the awards have kept the categories very simple for the first year of this event. There were category winners from both countries meaning there were like for like awards for South Africa and India.

The South African India Film and Television Awards are unique, especially with the collaboration of two different industries.

Durban city once again proved to be a premier event destination in Africa. Durban will host the SAIFTA’s for the next two years as well.

Faisal has creative experience in the fusion of media and communication and research which increase awareness of global issues in post-conflict, emerging and democratic societies. His life motto is: "persevere, for success is near..."
Telugu adaptation of Bollywood classic Zanjeer
Horror Story ~ Review