Will British Asians welcome Refugees to the UK?

With the Syrian refugee crisis being hotly debated across Europe, how accepting are British Asians to more migrants arriving to the UK? DESIblitz investigates.

“People are in need. Humanity is in need. We should help them out."

Immigration continues to be a heavily debated topic in Britain, year after year, decade after decade.

Today’s United Kingdom is a colourful wash of numerous ethnicities and races, all which form part of Britain’s growing diversity and multiculturalism.

Civilians migrate for various reasons: the opportunity for better jobs, education, and the chance to live in an equal democratic society without oppression or aggression.

The Syrian refugee crisis has seen one of the biggest citizen displacements this side of World War II, with millions fleeing from a war-torn nation that has been embroiled in civil war since 2011.

According to the International Organisation for Migration (IOM), almost 600,000 migrants have crossed over the Mediterranean by boat into Europe in 2015 alone, with asylum claims across the continent reaching 530,000.

This outpouring of Syrian refugees into Europe and other parts of the world have tugged at the heartstrings of many sitting comfortably in the West. 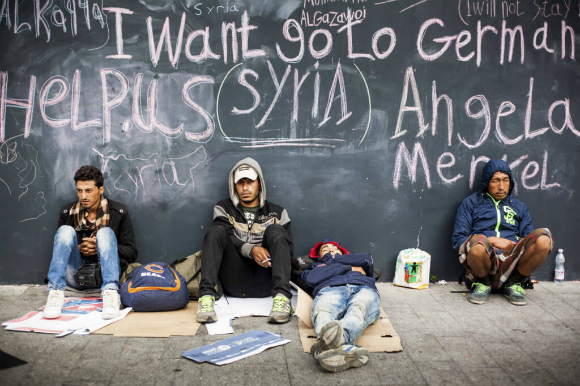 With Germany promising to take in 800,000 refugees in 2015, David Cameron has committed to only 20,000 refugees to the UK over the next 5 years (by 2020). Is this a fair number, and are Britain doing enough to help ease the refugee crisis?

18-year-old Kiran says: “I think that’s a fair amount, because there are not enough jobs and stuff for us lot.”

Watch our special Desi Chats where we asked British Asians whether the UK should welcome refugees: 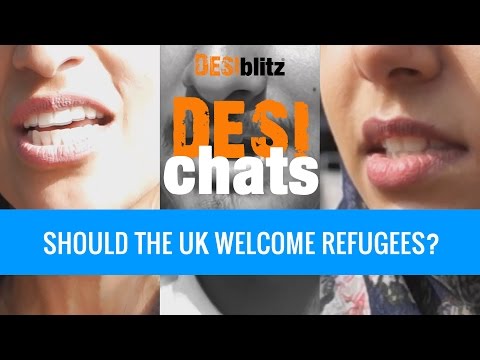 Unsurprisingly, the consensus from British Asians living in the UK has been a mixed bag, with some worrying about the economic strain it could have on the country, to others arguing that 20,000 is far too few a number:

30-year-old Sherry believes: “People are in need. Humanity is in need. We should help them out, one way or the other they will contribute to society in a positive way. So why shouldn’t we? We should play our part in it as much as we can.”

Just take the influx of South Asian men post in the early 1950s to work in foundries and textile factories, as an example. 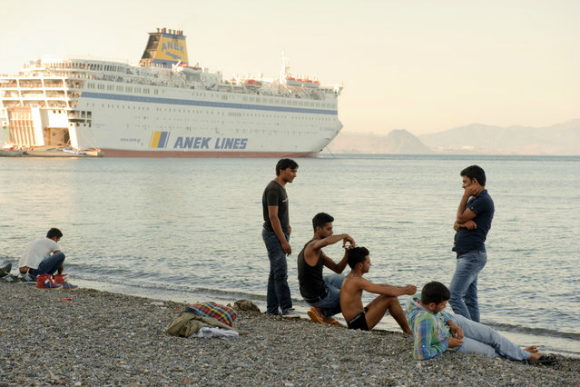 While they initially arrived to work in Britain and send money home to Asia, many were eventually offered the chance to bring their wives and families to live with them in the UK.

With more migrants from areas of East Asia and the Caribbean, and newer migrants emerging from Eastern Europe and the Middle East, the UK has surely been open armed in its immigration policies.

That said, public opinion has not always been hugely positive, and racial tensions within this multicultural nation have been rising.

Even those British Asians having now assimilated into UK life have been weary of EU immigration, particularly Polish and Eastern European communities, simply due to the consequential lack of jobs, housing and benefits available for British citizens. But is it right to assume this?

Aadam explains: “I definitely think there is some narrow mindedness around bringing people in and it’s a very closed view of the world. 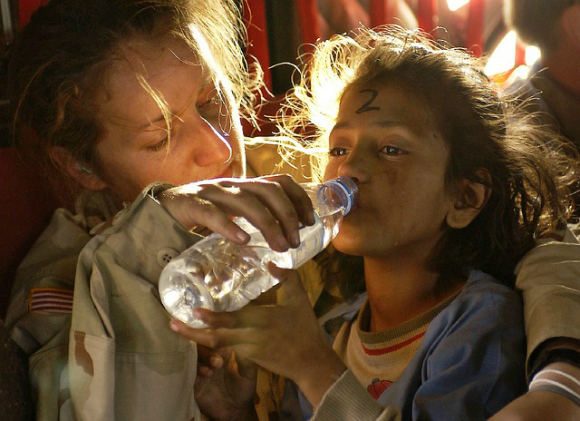 “Obviously there is poverty here in the UK and there’s talk about an increase in food banks.

“But at the same time, in comparison to somewhere like Syria at the moment, it’s a world apart. So if we can help people, then why can we not do that?”

28-year-old Zeeshan seconds this opinion, saying that as a leading country, the UK has a duty to support those who need it.

One just has to look at media headlines to know how much struggle Syrian refugees are undertaking to make it to the West.

An estimated 6,000 refugees have camped outside Calais hoping to cross over to the UK. They are living in squalid conditions of makeshift tents and shelters.

Fighting and trafficking are just some of the issues that these ‘jungle’ dwellers are facing, with many dangerously opting to sneak onto lorries and ferries to Britain. 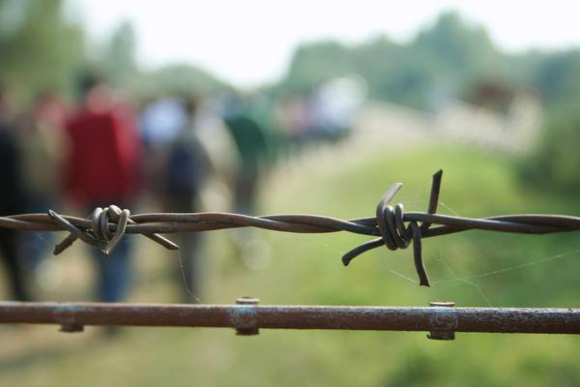 At the beginning of October 2015, police found 31 migrants crammed inside a refrigerated truck. 16 migrants have already died trying to cross the border, with many now using the Channel Tunnel as passage.

The Eurotunnel was also forced to suspend services after reports of a ‘mass intrusion’ of migrants attempting to enter the tunnel.

This fight for survival has led to many wondering whether the UK is doing enough to help. Is 20,000 in 5 years enough compared to other nations?

28-year-old Burhan says: “I think 20,000 over 5 years is a very small number. If you look at the much smaller countries who are taking millions almost of refugees.

“We’re lucky that we were born in this country, But other people aren’t so lucky. What gives us the right to say we should live here when so many are suffering and don’t have loads of opportunities?”

However the repercussions of refugees entering the UK also needs to be addressed. Will racial tensions increase, especially for migrants wearing traditional dress compared to those that have fully assimilated?

And where will these refugees go in the UK? Will they be invited to already heavy multicultural cities, and if not, how will they cope in rural, predominantly White areas of the UK where diversity is still sparse? 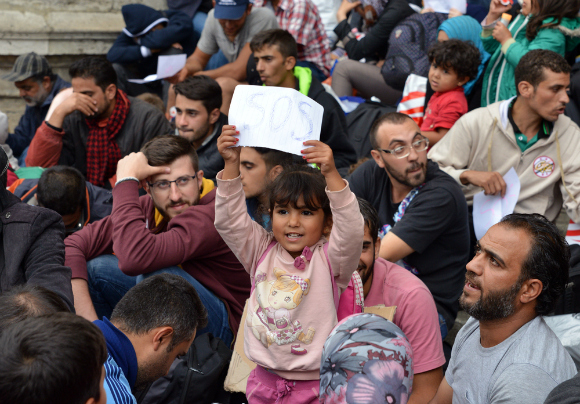 Most of the British Asians that DESIblitz spoke to were open to offering sanctuary to more refugees than Cameron’s agreed 20,000.

At the same time, many wondered how that would impact Britain’s own economy, and the livelihoods of those already living here.

Since 2011, it is thought that 9 million Syrians have been displaced by civil war. Torn from their homes, they are teachers, doctors, engineers, and creatives. The have gone to university, lived happy lives and built families just like we have.

They are no different to any of us. They have simply encountered war and aggression in their homelands.

As Indy adds: “I think we’ve got to be very empathetic to the people that are suffering in different parts of the world. And refugees, it’s difficult for them. They don’t choose where they are born, they do not choose to have been inflicted by war.

“Countries need to be compassionate, and take on as much as they possibly can, because you never know, tomorrow we could have the same issues.”

Aisha an English literature graduate, is a keen editorial writer. She adores reading, theatre, and anything arts related. She is a creative soul and is always reinventing herself. Her motto is: “Life is too short, so eat dessert first!”
Girls aged 2 and 5 Gang Raped in Delhi
Child Bride wins Freedom 18 Years Later