The rumours surrounding Vicky Kaushal’s engagement have been rife. The actor has now responded to the constant speculation.

Vicky Kaushal has responded to rumours surrounding his reported engagement, revealing that he will “get engaged soon”.

Netizens have speculated that the actor is set to get engaged to rumoured girlfriend Katrina Kaif, with some believing that they are already engaged.

In an interview, Vicky was asked about the rumours of his engagement with the actress.

He told ETimes: “The news was circulated by your friends (media).

“I’ll get engaged soon enough when the time is right. The time will come.”

In August 2021, it was speculated that Katrina and Vicky secretly got engaged in a Roka ceremony. However, a spokesperson for Katrina dismissed the reports, saying:

“There has been no Roka ceremony. She is leaving for Tiger 3 shoot soon.”

Katrina Kaif returned to India in September 2021, after completing filming of Tiger 3 at several locations abroad.

While the rumours were shut down, Vicky’s younger brother Sunny revealed how their parents reacted to the news.

Sunny said that they teased Vicky and jokingly asked him to treat them to sweets.

Sunny recalled: “I remember that Vicky had gone to the gym in the morning when the rumours started coming.

“So, when he returned home, mom and dad funnily asked him, ‘We heard you got engaged, please treat us to sweets’.

“And then Vicky told them, ‘Since the engagement is imaginary, the sweets will be too’.” 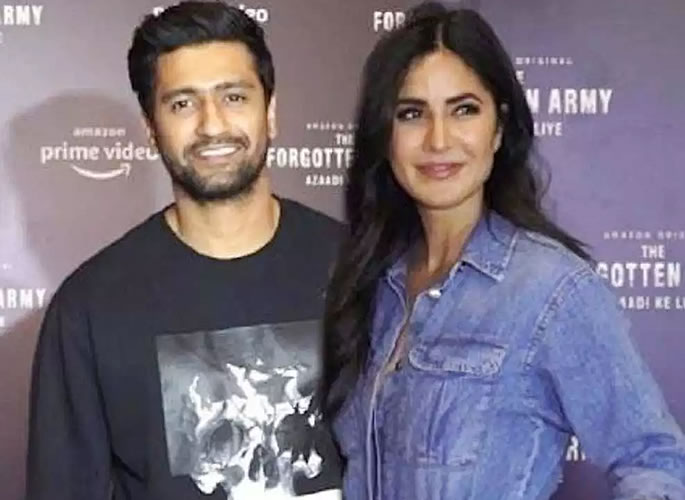 Vicky Kaushal and Katrina Kaif are rumoured to have been dating for a while.

Although they have not confirmed being in a relationship, they are often pictured outside each other’s homes and on holiday together.

On October 15, 2021, Katrina was spotted attending a special screening of Vicky’s Sardar Udham.

Social media users captured the moment the pair greeted one another with a hug.

“Best day again. Look at how he waited for her to come in and immediately hugged her tightly.”

“Can you also see the happy smile on her beautiful face?

“And how they interact, he pokes his girlfriend’s back, this is love. Thank you again, Viksi and Kay.”

Katrina praised the film, calling it a “gripping, beautiful film”.

Dhiren is a journalism graduate with a passion for gaming, watching films and sports. He also enjoys cooking from time to time. His motto is to “Live life one day at a time.”
Mahima Chaudhry says Bollywood ‘Only Wanted a Virgin’
Pakistani actress Shehzeen Rahat reveals Anxiety Struggles