A Conservative Party member phoned into LBC and told Sangita Myska he will not be voting for Rishi Sunak because he “isn’t British”.

On radio station LBC, a Tory party member told host Sangita Myska that he will not vote for Rishi Sunak because “he doesn’t represent Britain”.

During the call, he explained that he is supporting Boris Johnson and claimed that 80% of Conservative Party members are supporting the former PM.

The caller’s claim that Mr Johnson has the “best chance of winning the General Election” prompted a confused look on Sangita’s face.

However, her confusion turns to shock as the caller says he believes Rishi Sunak will not win because “he isn’t even British”, adding that it is the view of many other Tory members.

The caller, named Jerry, goes on to say that Mr Sunak has American allegiance.

Sangita corrects him, stating that Mr Sunak was born in England.

However, Jerry implies that Rishi Sunak is not British because he is not white, citing his friend who was born in Uganda but is white, adding that “it doesn’t make him Ugandan”.

The phone call intensifies as Sangita states that Mr Sunak is a British citizen but Jerry’s anti-brown comments continue, saying that “half of Al-Qaeda are British”.

He goes on to say that having a British passport does not make you a “true English patron”.

As the caller continues to question Rishi Sunak’s “Britishness”, Sangita asks him what the ex-Chancellor should do to prove his “Britishness”.

Jerry says: “His family, their money and taxes are still in India and in America for a start.”

Sangita interrupts, pointing out that Mr Sunak’s wife has given up her non-dom status and her taxes have been regularised.

When she prods Jerry for more points, he says he “doesn’t doubt that he [Mr Sunak] is British”, despite previously stating that he is not.

His anti-Rishi comments continue, claiming that he does not love England before falsely saying that his furlough plan bankrupted the economy.

When he refers to Mr Sunak’s family as “globalists”, Sangita puts her head in her hands before telling him that her Jewish listeners will find the word offensive, explaining that the word could also be used as a racist insult.

Going back to Rishi Sunak, the caller is adamant that he will lose.

Noticing that Jerry is avoiding her question, Sangita asks if the real reason for his dislike towards Mr Sunak is because he has a brown face.

“Is the real problem Jerry that Rishi Sunak is a brown man and you don’t trust him at the top of this country?”

Her question brings out the truth as Jerry believes that having a white leader in a predominantly white country “matters”.

The caller says: “Could you imagine me being the Prime Minister of Pakistan or Saudi Arabia? No, these things matter.

Sangita shakes her head at the man’s anti-brown comments and asks again:

“Just to be really clear here, you are suggesting a couple of things here. One, you can only be English if you are white and the thing that stops you voting for Rishi Sunak is the colour of his skin.

“Have I understood that correctly?”

Jerry insists that is not the case, stating that Sangita is twisting his words but the host believes he is losing the argument before calling him out for his beliefs.

She tells him: “I think you, fundamentally a racist and it’s absolutely fascinating to me to hear that you and other Tory party members think like this.” 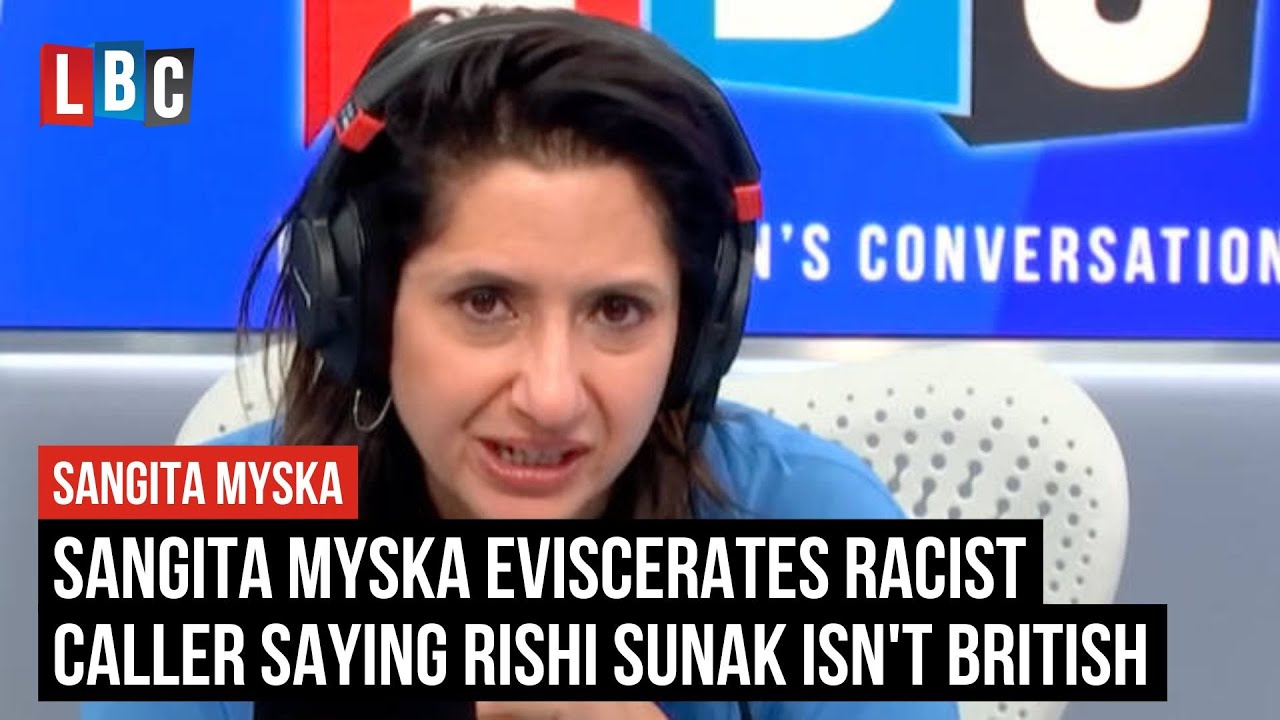 Dhiren is a journalism graduate with a passion for gaming, watching films and sports. He also enjoys cooking from time to time. His motto is to “Live life one day at a time.”
Indian Man duped Women on Dating Sites posing as Army Officer
Pakistani Journalist Arshad Sharif shot in Kenya