Pakistan’s film industry has been on the blink as of late. With Lollywood stagnating, television has taken over. Pakistani dramas have developed into something of an international phenomenon. DESIblitz takes a look at some of the top dramas being watched in 2013.

Like other parts of South Asia, Pakistani culture revolves around family dynamics.

All hail Pakistani television dramas. The ultimate source of idyll recreation that takes up most of our weekday evenings.

Whether it is the smouldering good looks of Imran Abbas Naqvi or the quiet charm of Fawad Afzal Khan, women (and some men) have been hooked to their TV screens in eager anticipation of the next instalment of their favourite Pakistani television drama.

Pakistani television dramas and serials have become somewhat of a phenomenon, and not just in the homeland, but across the globe. Their storyline’s, characters and direction have all been applauded for their captivating viewing.

With their popularity on the continual rise, DESIblitz reviews some of the most acclaimed dramas to come out of Pakistan in the last few years: 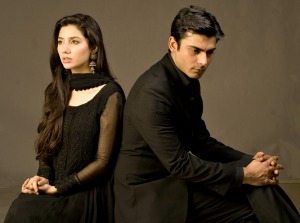 It is probably safe to say that this is where the global hype behind Pakistani dramas began. Directed by Sarmad Sultan Khoosat, Humsafar is based on a novel by Farhat Ishtiaq.

A story of deception and betrayal, it follows a young woman Khirad (Mahira Khan) who is coerced into marrying her wealthy cousin Asher (Fawad Afzal Khan) as her mother’s dying wish.

The marriage is a distant one initially, but both Khirad and Asher grow to love each other and be happy.

Asher’s mother, however, has never been happy with the marriage and plots against her to break them apart. She succeeds to the extent that a pregnant Khirad is thrown out of her own home branded as a fallen woman. She is forced to fend for herself alone for a number of years until Asher finally realises his mother’s wrongdoing and searches for Khirad to take her back.

It is widely known that the impact this drama created in Pakistan was truly phenomenal. During its run from September 2011, it was reported that traffic would be at a standstill across the nation at 8pm each week. Humsafar is generally regarded as the revival of Pakistani television and its final episode scored the highest ever Target Rating Point (TRP) of 13.8.

It also launched the careers of both Fawad and Mahira who have become national treasures in their own right. 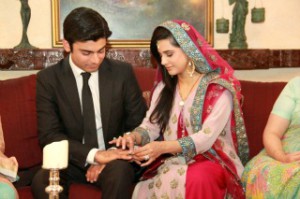 Zindagi Gulzaar Hai is a tale based on an interesting comparison between Pakistan’s elite society and the lower class. The drama explores the tensions which exist between the classes.

Playboy, Zaroon Junaid, of high Pakistani society falls in love with the simple, lower class Kashaf Murtaza who does not return his affections.

Kashaf is repulsed by Zaroon’s playboy antics and refuses to be just another accomplishment for him. But with the help of one chai ka cup she soon realises that there is much more to him that his money obsessed surface suggests.

Although slow paced, the public has greatly warmed to its realistic approach in tackling and challenging issues to do with wealth and status in modern day society.

It stars Fawad Afzal Khan again, following his huge Humsafar debut, this time opposite the opinionated Sanam Saeed. The title song is sung by Ali Zafar and Hadiqa Kayani. 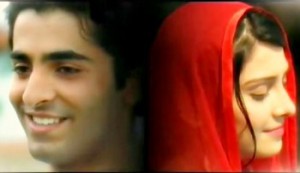 The story revolves around the changing fortunes of former driver, Kamal Nizami who studied to become a wealthy man. He marries a wealthy woman and they both have two sons, Ansar and Ashar.

During their idyllic life, a calamity takes place where the family’s new driver loses his wife after saving Kamal’s own wife. Overcome by guilt, she promises the driver to educate his daughter, Zoya through medical school.

It is when Ashar and Zoya form a close friendship at school that Kamal begins to worry, believing that Zoya is not good enough for his son. He arranges Ashar’s marriage to the daughter of his wealthy business partner instead in an attempt to put a stop to his son’s low class friendship. 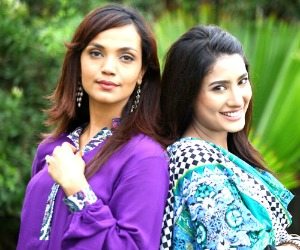 Starring Amina Sheikh and Mehwish Hayat in the lead roles, this drama follows the lives of two sisters. Ayeza is an extreme opposite of Ayema. While one is obsessed with wealth, status and independence, her sister, Ayema is genteel, selfless and a home-maker.

They are both married to two brothers Mikaal Zulfiqar and Ahsan Khan and their marriages are completely different. Ayeza encourages her husband, Hammad to move out of the family home and live elsewhere following a job promotion.

What ensues is a rising tension in the household as Mikaal’s retired parents struggle to cope with the financial stress of maintaining the family home by themselves.

The drama is based on the classic Urdu novel of the same name, written by Nazis Ahmed Dehlvi. The novel was published in 1869 and remains one of the finest pieces of Indian literature to address the necessity of female education and empowerment.

The serial, which is directed by Anjum Shahzad and written by renowned novelist Umera Ahmed, has been adapted to suit modern times. 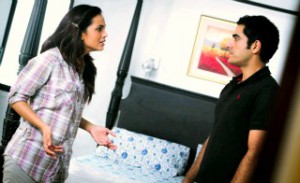 Amina Sheikh stars in this drama, which is again a story between two sisters in constant competition with each other.

Amina plays Zaib who is 29, unmarried and committed to her charity work. She is much older than Natasha (played by newcomer Mira Sethi) who has only just completed her studies and is carefree about life. She also has a boyfriend who she keeps secret from her family.

Although both daughters are spoilt and headstrong in their own way, they come from a very ordinary background. Zaib has a strong friendship with her work colleague Mikaal, but he, we assume, does not return her affections in the same way.

American born Bilal arrives onto the scene in the form of a rishta. Unfortunately for Zaib, he automatically clicks with Natasha, attracted to her superficial looks. The marriage between Bilal and Natasha is all set although Natasha worries about what marriage will mean for her freedom. Zaib’s true character eventually unravels as it appears that she is actually the one who is rebuffing Mikaal’s affections.

Essentially the serial comments on the intense rivalry that exists between the two sisters when finding the perfect suitor. It seems that Zaib is as complex and rebellious as her younger sister, Natasha. On the surface, she appears to be content, but inside she is constantly on the search for something bigger and better.

What is interesting about Pakistani dramas is the social discourse they offer in uncovering inner family tensions and turmoil. Like other parts of South Asia, Pakistani culture revolves around family dynamics. These new dramas have all opened up some of the more serious underlying concerns that exist in South Asian society across the world today.

Aisha is an editor and a creative writer. Her passions include music, theatre, art and reading. Her motto is “Life is too short, so eat dessert first!”
Aditya Roy Kapur leads in Aashiqui 2
Aashiqui 2 ~ Review