The trailer for the Tamil action thriller ‘Beast’ was released and Vijay turns spy for this high-octane hijack film.

"Its trailer has caught the attention"

The trailer for Beast was released and there is a lot of hype surrounding this Tamil action-thriller.

It stars Vijay and he plays spy Veera Raghavan.

In the high-octane trailer, terrorists are seen taking over a shopping centre in Chennai and holding the shoppers hostage.

Veera is also trapped inside the shopping centre but decides to save the hostages by taking on the terrorists.

The trailer then shows the protagonist’s heroics, ruthlessly taking out the terrorists.

Viewers also seemingly caught a glimpse of Shine Tom Chacko’s character as he is reported to play the masked man seen in the trailer.

The film also stars the likes of Pooja Hegde, Selvaraghavan and Yogi Babu.

Beast has been directed by Nelson and is set to release on April 13, 2022.

The high-octane action sequences and the thrilling plot has excited fans.

The Hindi-dubbed version of Beast will also be released in cinemas and the anticipation has resulted in the film trending on Twitter.

For the Hindi version, Beast has been titled Raw instead and it is set to release in around 700 Indian cinemas.

This will clash with other films such as KGF – Chapter 2 and Jersey.

“Yet, there is an excitement for Beast as Vijay is a known face.”

“Moreover, thanks to the super-success of Pushpa: The Rise – Part 01 and RRR, exhibitors would be ready to give Beast a chance.

“Its trailer has caught the attention and the song ‘Arabic Kuthu’ has become a rage even for the Hindi speaking audiences.

“Due to these factors, getting 700 screens for the original Tamil and dubbed Hindi version in the Northern belt shouldn’t be that difficult.

“However, nobody expected a tiff between Sooryavanshi and Eternals as well.

“Hence, it’ll only next week that we’ll come to know whether there’ll be a bloodbath among the distributors of the three films or will they amicably divide screens amongst themselves.”

In addition to Beast, Vijay is working with Vamshi Paidipally for his next film. It is believed that he will star in the film opposite Disha Patani. 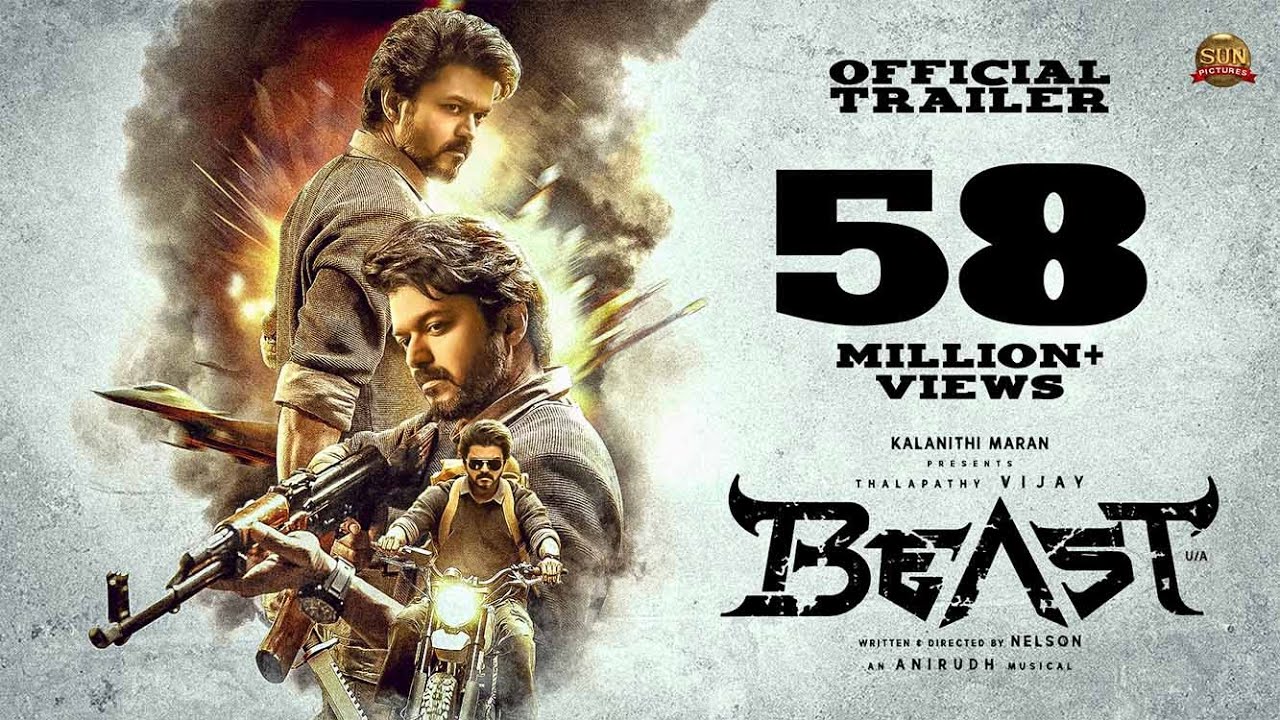 Dhiren is a journalism graduate with a passion for gaming, watching films and sports. He also enjoys cooking from time to time. His motto is to “Live life one day at a time.”
Harpreet Kaur confirms Sister will remain as Business Partner
Ram Charan never expected RRR ‘to be No 1 Worldwide’