Sushmita Sen posted a selfie from her car, however, she was trolled after some believed they spotted bottles of vodka.

"Came here to see vodka bottles in her sunglasses."

Sushmita Sen was subjected to trolling again after she posted a selfie.

The actress, who has been in the headlines for her surprise relationship with Lalit Modi, posted a picture of herself from the back of her car.

She smiled as she wore a blue top and oversized sunglasses.

While many fans showered love on Sushmita and her picture, other observant netizens believed they could see bottles of alcohol inside the car with her.

They stated that in the reflection of her sunglasses, two glass bottles were in the cupholders.

Believing that the bottles contained whisky or vodka, they took the opportunity to troll the actress. 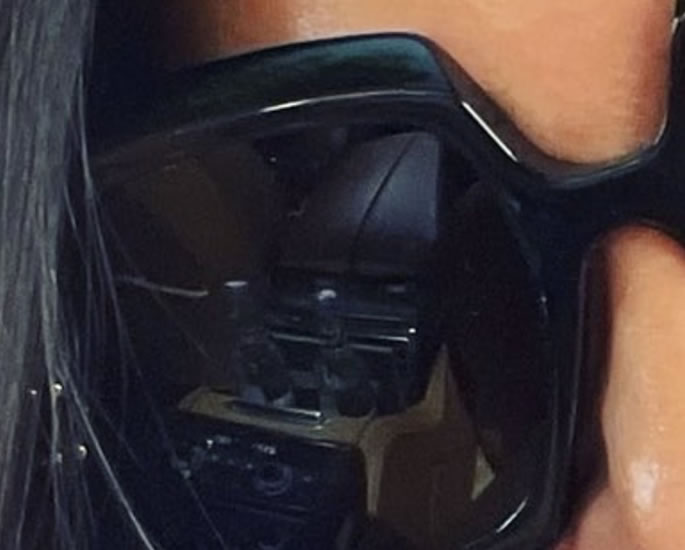 Another troll wrote: “Came here to see vodka bottles in her sunglasses. I was looking for Lalit Modi but ended up finding some vodka bottles.”

A third commented: “An alcohol party.”

Others criticised the actress, asking how she can drink alcohol in the car because it is against road rules.

One brazen netizen made a reference to the ongoing ‘gold digger’ comments that Sushmita has been subjected to.

“I can see a currency counting machine.”

Sushmita Sen’s relationship with Lalit Modi was a surprise to many but some accused her of only being in it for the money.

This prompted Sushmita to hit back at the haters.

In a lengthy post, she said: “Perfectly centred in my being and my conscience.

“I love how nature merges all its creations to experience oneness and just how divided we are when we break that balance.

“It’s heartbreaking to see just how miserable and unhappy the world around us is becoming.

“The so-called intellectuals with their idiosyncrasies, the ignorant with their cheap and at times funny gossip.”

“The friends I never had and the acquaintances I’ve never met, all sharing their grand opinions and deep knowledge of my life and character… monetising the ‘Gold Digger’ all the way!!!

“I dig deeper than Gold…and I’ve always (famously) preferred Diamonds!! And yes I still buy them myself!!!”

Lalit also fired back at the critics, saying:

“Why is the media so obsessed about trolling me for apparently wrongly tagging.

“Can someone explain, I guess we are still living in the Middle Ages where two people can’t be friends and then if the chemistry is right and time is good, magic can happen.

“My advice: live and let others live.

“You call me a fugitive (but) pray tell which court has ever convicted me.

“I will tell you – none. Tell me just one other person in our beautiful nation that has created what I have.”

Dhiren is a journalism graduate with a passion for gaming, watching films and sports. He also enjoys cooking from time to time. His motto is to “Live life one day at a time.”
Pakistani Model Sophia Mirza reveals why she had Abortion
National Film Awards 2022 Winners List