A single mother runs a corner shop in Lahore. However, she dresses like a man in order to avoid unwanted stares and harassment.

“The city was new and I found it difficult to adjust."

A single mother dresses up like a man in order to run her corner shop in Lahore.

It was revealed that she does this so that she could avoid harassment that a woman is subjected to in Anarkali Bazaar, a congested marketplace in the city.

Forty-one-year-old Farheen Ishtiaq, originally from Karachi looks after her nine-year-old daughter Rida by herself.

After she got married to someone out of choice, her parents stopped speaking to her.

She said: “In 2010, I chose to get married to someone who was not the same ethnicity as me as and my parents did not accept it. It was an extremely difficult time.”

After getting pregnant, Farheen’s husband left her.

“I gave birth at a hospital without any family support. I had to have an operation done and I told the doctors, ‘if I die, please give my daughter to my parents’.”

After her daughter was born, Farheen decided to move on and raise Rida as a single mother.

“My only focus was to provide for her and give her a better life than what I had.”

Due to not being able to work and take care of Rida at the same time, Farheen gave her daughter to a friend in Multan to look after her.

When her friend could no longer take care of Rida, Farheen turned to her parents.

“I told them that if they no longer want me as a daughter it is fine but they should not cut connections with their granddaughter and they kept her for four years.”

During this time, Farheen made enough money so that she could stay with her daughter.

“Someone told me that there is a girl’s hostel in Lahore where I could safely live with my daughter and work at the same time and I decided to go there.”

The single mother and her daughter moved to Lahore but was faced with more difficulties.

“The city was new and I found it difficult to adjust. I was also living and working around Anarkali Bazaar.”

In Pakistan, women can be harassed in public, especially in male-dominated areas. Women are subjected to stares, catcalls and even sexual assault. 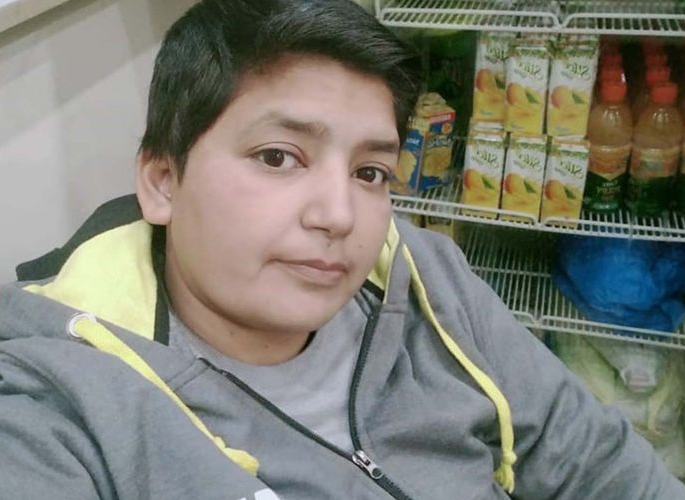 On the streets, Farheen prepared and sold snacks on a hawker basket but faced harassment.

“The place is such that a woman cannot do so in peace.”

In a bid to avoid the abuse, she decided to dress like a man.

Farheen admitted: “I was always a tomboy and I thought it would be a good solution. From a business point of view, it was needed.”

She found that no one realised that she was a woman apart from those who knew her in the bazaar.

After making enough money, she opened a small corner shop where her daughter could be with her.

“I could work and keep my daughter beside me and I never want to separate from her again.”

Farheen added that her daughter understands why she dresses like a man.

“She [Zahra] has never questioned why I dress this way. She knows exactly why.”

Despite owning the shop, Farheen was still struggling with debt. Her story was shared on social media in a bid to help her.

Her name is farheen. She is running her own shop in Anarkali Bazar lahore. She has to dress up like a man to ensure safety and to avoid inconvenience. She has been living in lahore since 9 years and growing up her daughter. An inspiration for our generation. Hats off. ?? pic.twitter.com/PQ169REXbk

The social media user, Zain Ul Hassan, said: “I decided to go and meet her. I saw the struggles she is going through and I just want people to help her.

“I request people to help support such people who are fighting society itself in Pakistan.”

Dhiren is a journalism graduate with a passion for gaming, watching films and sports. He also enjoys cooking from time to time. His motto is to “Live life one day at a time.”
UK Government introduces Points-Based Immigration System
Daughter-in-Law murdered Both In-Laws over Money