Shop Worker chased Thief who was Caught and Jailed

A former customer was chased by shop worker Aneela Hussain after he wielded a knife at her and stole cash from the shop. The man was then caught and jailed.

Aneela Hussain, aged 29, from Bobbers Mill in Nottingham, chased a thief who entered the shop she was working in and stole cash from the store.

She chased the man for 40 minutes and he was eventually caught by police, and subsequently jailed for four years for robbery and threatening behaviour at Nottingham Crown Court on June 14, 2018.

On May 15, 2018, Miss Hussain was confronted by a man, a regular customer, Steve Golding, who walked into the ‘Commercial Store’ shop in Bulwell, Nottingham and pulled out a kitchen knife.

Golding, aged 37, demanded that Hussain open the cash till, while he wore a grey scarf over his face together with a hat, to conceal his identity.

Hussain refused to give in to the thief, whom she did recognise as a previous customer, and was “upset” that Golding was trying to steal from her boyfriend’s family’s store.

However, after angrily repeating his demand, Golding reached over and forcefully took £120 opening the till, as Aneela tried to stop him.

Aneela pressed the alarm button under the counter and alerted relatives who were upstairs.

At this point, her boyfriend’s mother came downstairs and tried to get hold of Golding in the shop. However, he managed to get away and fled the store with the stolen money. 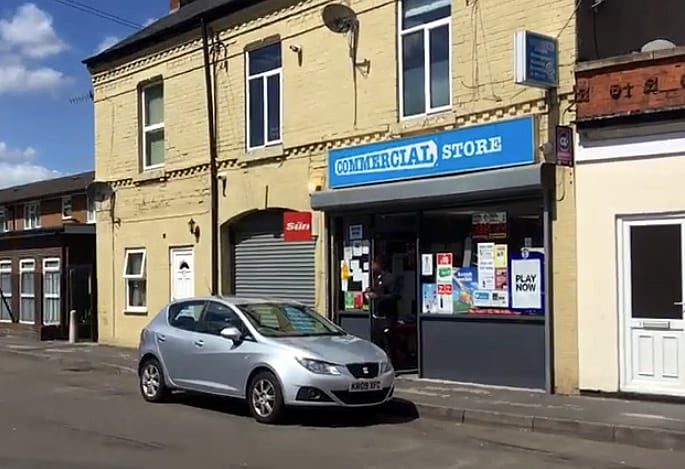 The brave shop worker decided then to immediately chase after the knife-wielding thief.

In pursuit, Hussain followed and ran after Golding to an address where he went inside and quickly changed his clothes within ten minutes.

She then contacted the police to report the incident and was advised by them not to go after him. However, Hussain decided to still pursue him and ignored the police’s advice.

“He was wearing a mask but I could tell who it was from his eyes.

Then when she decided to pursue him with a chase to his house, she said:

“I followed him all the way to his house through alleyways and waited for him to come out. When he was inside I called the police and kept them on the phone so they knew what I was doing.”

“After a while, he came out of the house and I ran after him again. We ended up running to another estate in Bulwell called Hempshill and that was when I saw a police car so I flagged them over and we all ended up in a field searching for him.

“He was hiding in the field and the police arrested him in front of me.

“I just know that had I not chased him and made sure he was caught then he would have got away with it and I could not let that happen.”

It was after Golding got caught she realised the potential danger she put herself in but was still valiant about her efforts and the 40-minute pursuit of him. 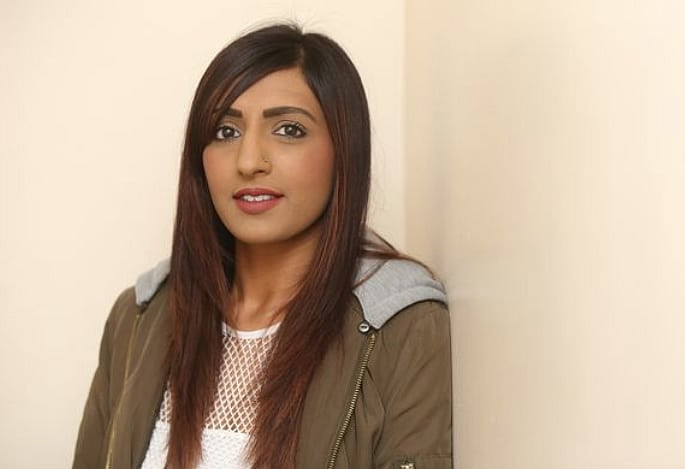 “I wasn’t thinking straight. I just wanted him to be caught. I was never scared though – I was just angry that he had stolen from us.

“I ended up chasing him for 40 minutes in total and it didn’t really hit home until a few days later.”

In court, CCTV footage of the robbery was played as evidence showing Steve Golding who is from West Bridgeford in Nottingham, commit the crime.

“He is sorry to his victims for what happened on this day.”

Outterside told the court that Golding had a severe alcohol problem and on the day, he had made a “hasty and dreadful decision to go and steal money to pay for drink”.

From prison, Golding pleading guilty via video link to the robbery and threatening Aneela Hussain with a knife.

Judge Stuart Rafferty QC who sentenced Golding on June 14, 2018, said Aneela Hussain, the shop worker, was to be awarded £200 for her public service. He said:

“She should be commended for her bravery and her persistence in pursuing this man who might otherwise have evaded justice.”