The music video for ‘Tere Vich Rab Disda’ was released and it showcases the chemistry between former couple Shamita Shetty and Raqesh Bapat.

"Listening to this song on loop."

The track is by Meet Bros featuring Sachet and Parampara.

Manoj Muntashir is behind the lyrics.

The song was released on August 5, 2022, and it marks Shamita and Raqesh’s first project together since their breakup.

In the video, Shamita looks stunning in pink while Raqesh plays a rowdy romeo who will go to any length to make her fall in love with him, despite her having a fiance.

Raqesh is seen trying different methods to win Shamita’s love but she brushes him off.

But after much effort, he wins her heart.

They soon start facing trouble after Shamita’s father spots them together on her balcony during a late-night meeting.

Raqesh and Shamita continue to romance each other and dance together when her father and fiance arrive with goons and open fire. The two escape the group and elope to start their new life together.

The track is a remake of the classic Nusrat Fateh Ali Khan qawwali.

While the hook is the same as the original, other parts are new.

Shamita’s sister Shilpa shared the song on Instagram and wrote:

“Yayyyyy it’s here!! ‘Tere Vich Rab Disda’ is such a melodious song, my Tunki, many many congratulations, my darling!

“Listening to this song on loop.”

Fans loved the track and commented their appreciation for Shamita and Raqesh’s chemistry.

One user said: “The song has me hooked. The voice of Sachet and Shamita’s expressions just makes me want to watch it all-day.”

Another wrote: “The chemistry, the song, the pair, the singers, everything is on point.”

“Love the song. Raqesh and Shamita’s chemistry is just mind-blowing.”

While the song was mostly praised, there was some criticism that the music video glorified stalking as Raqesh is seen pursuing Shamita even though she has a fiance.

The song struck a chord among viewers especially since it is the first project after Shamita and Raqesh broke up.

In her breakup announcement, Shamita had said:

“I think it’s important to make this clear.

“Raqesh and I are no longer together and have not been for a while, but this music video is for all the beautiful fans who have given us so much love and support.”

Urging her fans to continue supporting her and Raqesh, Shamita added:

“Do continue to shower us with your love as individuals too.

“Here’s to positivity and newer horizons. A love and gratitude to you all.” 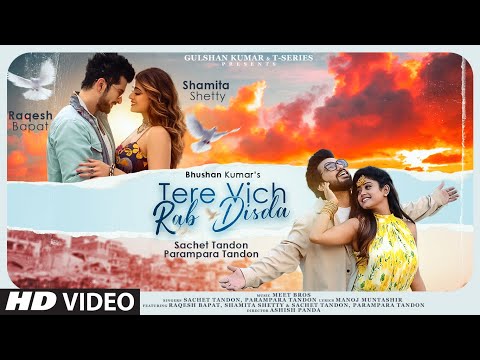 Dhiren is a journalism graduate with a passion for gaming, watching films and sports. He also enjoys cooking from time to time. His motto is to “Live life one day at a time.”
Drake to release Sidhu Moose Wala T-shirt Merch
Indian Drummer wins Justin Bieber’s Heart