Happy Birthday Sunita is a Rifco Arts production starring a stellar cast including Shabana Azmi, Ameet Chana and Goldy Notay. In an exclusive Gupshup with DESIblitz, the talented actors tell us more.

“The play has comedy, it has drama, it has everything that you want in a family entertainer."

The family comedy drama is set to tour with its star cast in Autumn 2014 across the UK.

Harvey is a familiar face to many, having appeared in the comedy series Citizen Khan with Adil Ray. She is also known for playing the infamous landlady on Sky 1’s comedy chat show The Kumars, with Sanjeev Bhaskar and Meera Syal. 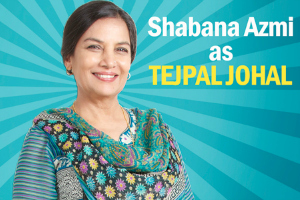 Her new production, Happy Birthday Sunita, revolves around a hilariously dysfunctional British Punjabi family, and is one that many British Asians can relate to very comfortably.

The play follows the Johal family upon the evening of their forty-year-old daughter Sunita’s birthday. Sunita is unmarried and living at home with her mother, Tejpal, who decides to throw her a birthday party.

Her brother and his wife arrive arguing, and the birthday girl is nowhere to be seen. As the family cook and prepare, years of family drama unsurface, and laughs and riots ensue.

Sunita’s mother Tejpal, the family matriarch, is played by the famous Indian actress, Shabana Azmi. A veteran actress of Indian cinema, her career has spanned decades, and she is known for her compelling and critically acclaimed roles that show her immense acting versatility. 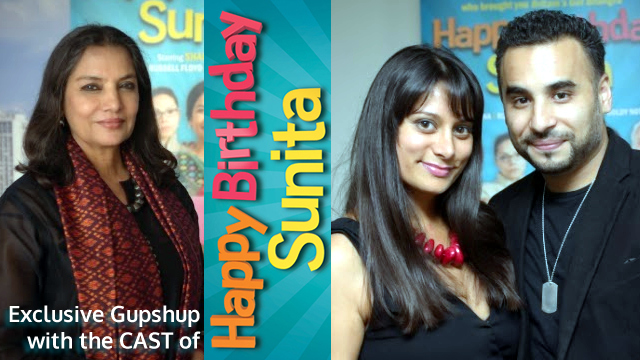 In an exclusive Gupshup with DESIblitz, Shabana says: “The mother is the central figure who brings this entire family together.”

As an established British Asian Theatre Company, Rifco prides itself in offering a new accessible style of theatre to Asian and non-Asian audiences. Its aim is to delve into, as well as celebrate, the ‘contemporary British Asian experience’ through cultural diversity.

This is Shabana’s first tour with Rifco, and she admits that it was her daughter in the play, Goldy Notay, who convinced her to take the part. 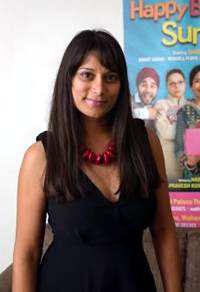 Shabana explains: “Goldy Notay is someone who I have great respect for as an actress. She wrote to me and she said, ‘It’s a really good company and I think you will enjoy doing it’. So my warmth for the script felt a little more confident.”

Shabana and Goldy have previously played a mother-daughter role together in Gurinder Chadha’s It’s A Wonderful Afterlife (2010).

Goldy Notay plays Nav’s high maintenance wife Harleen: “Harleen is quite a nightmare although there are many segments to her that are similar to myself which I have to admit.”

Not new to the Rifco Theatre Company, Goldy has also starred in Rifco’s acclaimed productions, There’s Something About Simmy and The Deranged Marriage.

Teipal’s son Nav will be played by Ameet Chana. Known to many as ‘Adi Ferreira’ from Eastenders, he has starred in numerous projects including Bend It Like Beckham and Run Fatboy Run (2007). 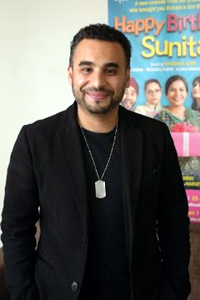 He has also previously starred in Rifco’s Bollywood Yet Another Love Story and Bollywood 2000.

Speaking to DESIblitz, Ameet tells us of his character: “He’s the most realest character that I’ve played, in terms of finding a very London-based Punjabi boy, who loves going back to his mum’s house and eating his roti and all that kind of stuff.

“It’s not that far removed from me, in terms of my upbringing and my background,” Ameet adds.

Ameet also tells us that he loves the moments of dark comedy in the play, which he believes that audiences will find hilarious.

Sunita is played by newcomer Clara Indrani, whose acting credits include Hollyoaks and Gates.

The cast is completed by Russell Floyd as Maurice, the Johal’s builder that has been renovating the kitchen. Fans will know him as a regular on The Bill and Eastenders, and his recent stage credits include Hangman, The Wing and Clockwork.

Speaking about the play, Shabana tells us: “The play is entertaining, it has comedy, it has drama, it has everything that you want in a family entertainer, but ultimately it leaves you with a message that makes you feel very good.

“It says, ‘Embrace life and live out your dreams, stop pretending’. And I think that’s a message that each one of us would be very happy to embrace.”

“It is a lovely play, and it has a message that will reach out to many people but not in a pedantic way,” Shabana adds.

Happy Birthday Sunita is performing across the UK throughout September and October 2014. Locations include Watford, Wolverhampton, Leeds, Oldham, Brentford, Colchester, and Gravesend.

The cast and production will also tour overseas to Dubai, between 26th and 29th October, and to Mumbai between 2nd and 3rd December.

Rachael is a Classical Civilisation graduate who loves to write, travel and enjoy the arts. She aspires to experience as many different cultures as she can. Her motto is: “Worry is a misuse of imagination.”
Cabaret Play The Greene Card tackles Racism
Bradford Literature Festival ~ Launch Weekend