DESIblitz takes a look at winter’s depression – Seasonal Affective Disorder (SAD) and how much it affects British Asians.

Seasonal Affective Disorder (SAD) is a form of depression, which is most prevalent at this time of year due to winter’s shorter hours of sunlight.

SAD was formally recognised as a disorder in the 1980s with the British Medical Journal stating that 6 per cent of adults in the UK have experienced ‘recurrent major depressive episodes with seasonal pattern’.

The theory behind the cause of the disorder is that of an evolved adaptation in humans, which has been remnant from when our ancestors used to go in hibernation mode during the winter months.

There may have been a tendency to lower their mood in order to be adaptive and help reduce calorie intake.

The condition is more common in women and younger adults. If a close relative has suffered from SAD then a genetic component may run in the family and they will be more prone to experiencing symptoms of seasonal depression.

SAD or ‘winter depression’ is characterised by an annual experience of low mood during the winter months. 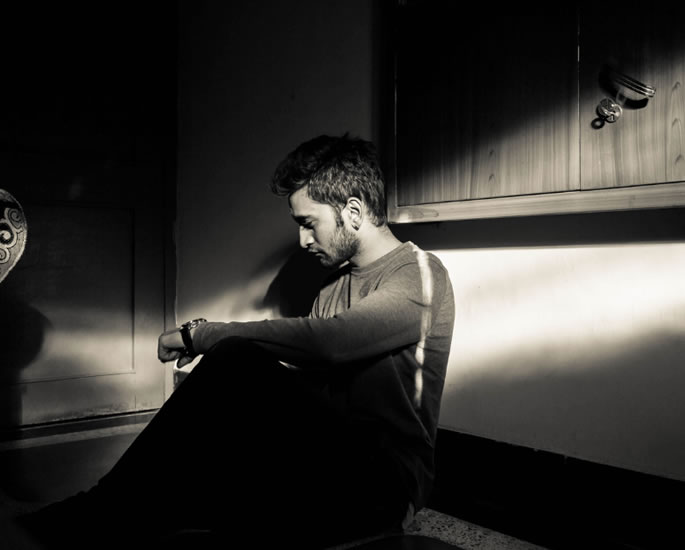 Dr Aarohee Desai-Gupta, a psychiatrist in from The Royal College of Psychiatrists explains this is because: “The longer the period of sunlight, the longer the feeling of well-being generally.”

Symptoms of SAD generally start in September and climax with the onset of depression in December/January. Symptoms like a decrease in energy, weight gain, oversleeping, difficulty concentrating and irritability will usually last till around April, in springtime.

South Asia is a hot continent as it is positioned near to the Equator, but Britain’s remote position is characterised with its colder weather and shorter amount of light hours, particularly in the winter.

Academics, Suhail and Cochrane, administered the Hospital Anxiety and Depression Scale (HAD) as part of their study looking at seasonal changes in affective state in samples of Asian and Caucasian women.

They found that the Asian born group as opposed to Asian women who were born in Britain, had a high mean HAD score of 8.4.

This presented the idea that Asian born women were more susceptible to developing SAD as they may find it difficult to acclimatise and withstand the transition of living in colder temperatures and decreased hours of sunlight.

Professors Dr Magnusson and Dr Partonen, from Nordic Universities, stated that 94 per cent of patients experienced a decrease in their symptoms when they travelled to latitudes nearer the equator.

Another summary of results taken from the SAD scale showed that the Caucasian women who took part in the study had more of a seasonal variation in their mood compared to Asian women.

However, there was a higher admission of patients from an Asian origin being admitted to hospital for depression in the winter compared to Caucasian patients.

Recommended treatment by the National Institute of Health and Care Excellence (NICE) for SAD is similar to treatment used for non-seasonal depression, which includes light therapy, drug therapy and psychotherapy.

Light therapy is the most commonly used first-line treatment for SAD and consists of the patient being exposed to a bright light (a lightbox being most popularly used) for approximately an hour a day in an attempt to regulate the hormones hypothalamus, melatonin and serotonin which all affect mood, appetite and sleep. 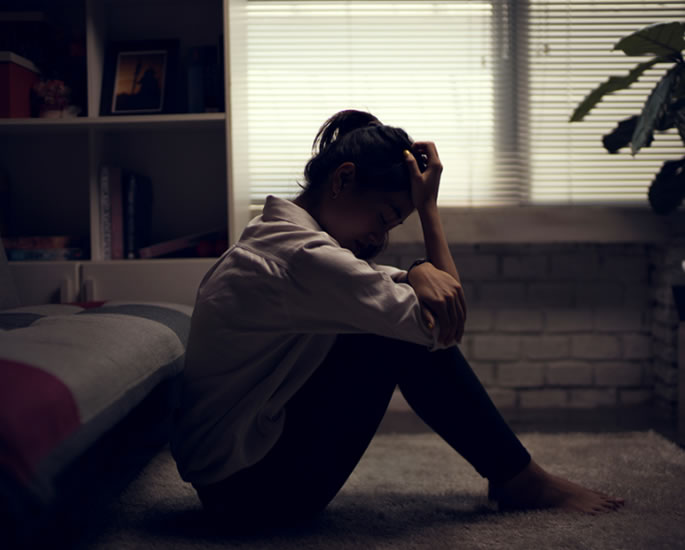 Helen Hanson, a British artist has lived with SAD for twenty years and relies on her lightbox to help her to get up in the morning. She says she experiences ‘aches and pains and panic attacks’ if she does not have light therapy.

Antidepressants and cognitive behavioural therapy (CBT) have also been shown to reduce the chance of remission of depression during the winter months.

There are suggested ways to prevent the onset of SAD but as already mentioned if you do have the genetic component of SAD then it is more likely you will not be able to prevent the disease but rather control its symptoms.

Advice including spending more time outside, particularly when there are bright conditions and maintaining a healthy lifestyle will contribute to preventing or help to control the condition.

As SAD is a form of depression, the disorder is one of the most treatable mental health issues. However, worryingly, doctors may not able to spot the symptoms very easily in South Asians as symptoms of depression are different in this ethnicity compared to people of other ethnicities.

The most common symptoms of depression for South Asians are headaches, loss of interest, gastrointestinal problems, tearfulness and wanting to be alone.

If these symptoms are experienced for more than 2 weeks then a consultation is needed with a doctor as although it is the most treatable mental health illness, it is a serious condition that needs the right treatment.

Clare is a History Graduate who writes about important current issues. She enjoys learning about being healthy, playing the piano and reading as knowledge definitely is power. Her motto is 'Treat every second in your life as holy.'
How to get the Red Carpet Make-up Look
Fad Diets and Weight-loss Myths