Heir of the Hinduja empire, Sanjay Hinduja, has wed Anu Mahtani in a lavish £15 million wedding, which featured live performances by Jennifer Lopez and Nicole Scherzinger.

An estimated £1 million was spent on live performances by Jennifer Lopez and Nicole Scherzinger.

Hailing from one of the wealthiest Indian business families, 50-year-old Sanjay Hinduja tied the knot with fashion designer Anu Mahtani, in a stunning £15 million wedding extravaganza.

An estimated £1 million of that sum was spent on live performances for the wedding guests, by Jennifer Lopez and Nicole Scherzinger.

The week-long wedding was hosted in some of India’s most exclusive hotels including the Taj Mahal Palace in Mumbai, and the Jagmandir Island Palace in Udaipur.

Among the 16,000 guests that attended, were the some of the world’s richest and most powerful people, and the crème de la crème of Bollywood celebrities. 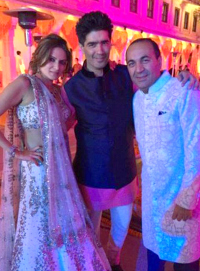 Sanjay Hinduja is the son of Gopichand and the nephew of Srichand. Currently they are the richest men in Britain, with a fortune estimated to be £11.9 billion.

The week-long celebration started with a party on Friday 6th February 2015 at the prestigious Taj Mahal Palace Hotel in Mumbai, which was attended by a ‘who’s who’ of Bollywood and the business world.

Many of the distinguished guests flew in on 208 privately-chartered flights. With so many planes landing at the airport, there was not enough space to park the jets, which each cost £2,000-per-hour to hire.

On Tuesday 10th February 2015, around 800 guests moved on to the scenic lakeside town of Udaipur in Rajasthan.

They were housed at the Jagmandir Island Palace Hotel, which is famous for being the setting for the Bond film, Octopussy. 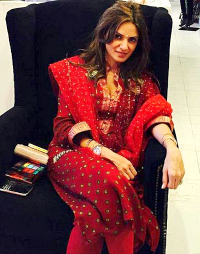 The Jagmandir Island was built on an island in Lake Pichola. Guests were transported to the island on 14 fully decorated boats.

The guests in Udaipur were chauffeured around in a fleet of top-spec BMWs which had been specially flown in from Mumbai.

The festivities in Udaipur began with a cocktail party at the Manek Chowk, which is inside the historic Palace of Kings in the centre of Udaipur.

This was followed by the ‘Mehndi’ ceremony, in which Anu’s hands and feet were decorated with elaborately-patterned henna tattoos. In a modern twist, this was done as a pool-side party.

On the eve of Sanjay’s and Anu’s big day, a ‘Sangeet’ ceremony was held. This included performances by X-Factor judge and pop sensation Nicole Scherzinger, and Bollywood star Arjun Kapoor. They were supported by a full troupe of dancers and a vibrant lighting exhibition.

On the wedding day itself, guests were treated to folk music as they arrived, and had a choice of 16 different types of cuisine.

It is alleged that the bride’s makeup was done by Mickey Contractor, MAC’s director of makeup artistry for India. 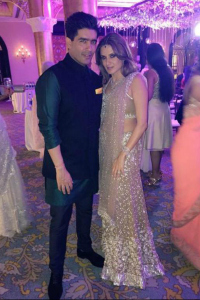 Jennifer Lopez performed for the first time in India. Under the arches of the palace, she performed ‘Until It Beats No More’ among other hits.

During her stay in India, she stayed at the £3,000-per-night Kohinoor Suite, of the Oberoi Udaivilas Hotel.

Known for travelling with her extensive entourage, J-Lo brought her troupe of dancers which included ex-boyfriend Casper Smart.

The heir to the Hinduja empire, Sanjay, has spent much of his life in Tehran and London. He worked in banking before joining the family business in his early twenties.

Specialising in oil and energy, in 2005, he became the chairman of Gulf Oil International, one of the world’s biggest traders in petroleum products.

The Hinduja Group is headquartered in New Zealand House on Haymarket, in the West End of London. But the company has its origins in India, when in 1914, Sanjay Hinduja’s grandfather, Parmanand, moved to Mumbai to begin trading. 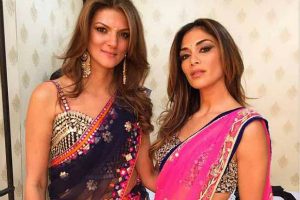 Parmanand’s wealth grew when he began importing from and exporting to Iran. From the 1970s, the Hinduja Group started to develop into the global business that it is today.

Today, the Hinduja Group employs 70,000 people in 37 countries. It has joint ventures with other groups including Japanese car manufacturer, Nissan, and British bus manufacturer, Optare.

India is known for its extravagant Bollywood weddings. But this fantastic spectacle that the Hinduja family hosted has set a new standard. There is even rumoured to be a post-wedding party in the works!

Congratulations to the happy couple, Sanjay and Anu!