DESIblitz reviews the latest offering from Kabir Khan and Salman Khan, Tubelight. Read our verdict of the Bollywood film here!

Tubelight is undoubtedly one of the most highly awaited Bollywood films of 2017.

It reunites Sohail Khan and Salman Khan on celluloid since Veer. After casting the Dabanng Khan as ‘Bajrangi,’ director Kabir Khan has reunited both the ‘Bhaijaans’.

Despite the hype, the film has unfortunately received less than average reviews. But now, it’s time to have our say. DESIblitz reviews this Kabir Khan war-drama.

Allegedly, the movie is an adaptation of the 2015 American film, Little Boy.

Set in the background of the Sino-Indian war in 1962, Laxman Singh Bisht aka ‘Tubelight’ (Salman Khan) awaits the return of his soldier brother, Bharat (Sohail Khan).

Kabir Khan always sets his narratives amidst war and conflict. New York revolved around 9/11 and Phantom was a depiction on post 26/11. The Sino-Indian war is one conflict that has not been covered in Bollywood as much. This certainly is a good initiative. 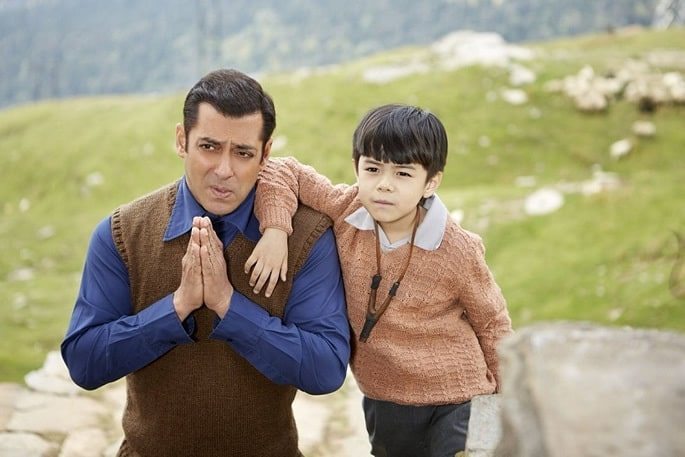 Furthermore, the idea of an Indian man befriending a Chinese boy is also quite fascinating. But whilst the premise is interesting, the execution is not quite up to the mark.

There are many flaws. The movie’s pace is quite slow and second-half drags a lot. From the promos and trailers, we are told that the plot is about a brother waiting for his sibling’s arrival from war. Because of the pace and distractions within the narrative, it takes a long time for this to happen.

By the second-half, one simply just wants the credits to roll. The idea of having a strong belief is repeated so many times throughout the film, that it becomes incredibly preachy.

Pritam’s music in Tubelight marks his third collaboration with Kabir Khan. Unlike his previous works, this soundtrack is okay. Tracks like ‘Naach Meri Jaan’, ‘Tinka Tinka’, and ‘Main Agar’ are uplifting and soul-stirring, respectively. But, the ‘Radio’ track is loud and not really required for the film. 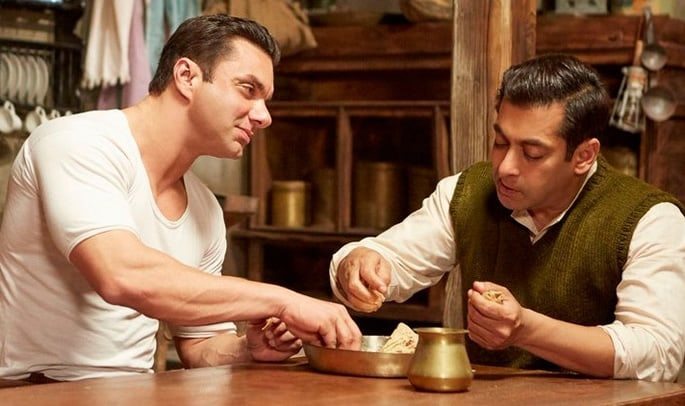 Salman Khan plays the simpleton Laxman, who is somewhat backwards in his thoughts and reactions. Khan does well in this role. There are moments which make you cry and want to embrace him.

However, is it his best? We’ve definitely seen better.

Playing the on-screen brother is Sohail Khan. He fits the bill. The chemistry between the two brothers is so strong and natural that it does not feel as though both Khans are merely acting.

Chinese actress Zhu Zhu makes her Bollywood debut as Li Leing. She has a good screen presence, but does she contribute much to the film? Not really. Her role is almost like Kareena Kapoor Khan’s character in Bajrangi Bhaijaan. Nonetheless, she does well to speak in Hindi throughout the film.

The little dhamaka Martin Rey Tangu plays Gou. He compliments Salman well and is very adorable. Even during the emotional scenes, Tangu impresses. 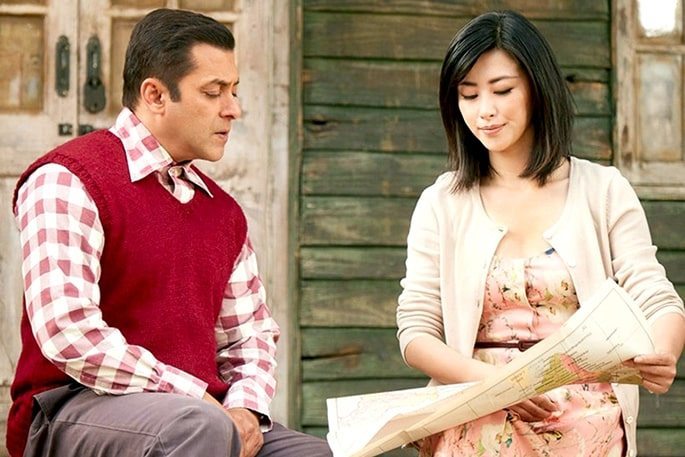 Late Om Puri is a veteran and he supports well as the guardian and Gandhi follower, Banne Chacha. He is dearly missed in Indian cinema.

Shahrukh Khan appears in a cameo appearance as the magician Gogo Pasha. After seeing his outlook, he may as well become the next Captain Jack Sparrow. To be very honest, he was wasted. The entire scene in which he appears in is very unnecessary.

The moment where Salman tries to move the bottle with his eyes is laughable and somewhat dim-witted.

Despite some of these negative factors, there are a few moments which pull the audience’s heartstrings and bring a tear to the eye.

Overall, the slow-pace and weak script let Tubelight down. Whilst there are some decent performances and touching moments, the film makes a strictly average and one-time watch.

Anuj is a journalism graduate. His passion is in Film, Television, dancing, acting and presenting. His ambition is to become a movie critic and host his own talk show. His motto is: "Believe you can and you're halfway there."
Ashutosh Gowariker reflects on Acting & Directing at LIFF 2017
Dangal passes Rs 2,000 Crore and makes World Cinema History