British actress Saira Choudhry is a familiar face on British TV. In an exclusive interview, Saira tells us about her love for acting and life.

"Be yourself and don't be afraid to do you."

British television actress Saira Choudhry has appeared in popular soaps such as Hollyoaks and Coronation Street.

She stars in the Channel 4 cop series No Offence, where she plays the edgy PC Tegan Thompson.

Hailing from Greater Manchester, the talented star landed her first big role in Hollyoaks in 2008, where she played Anita Roy. She played the character until 2011.

Hollyoaks gave Saira Choudhry topical and controversial storylines, which earned her character a huge role in the soap. Her storylines included racial bullying, self-harm, as well as embarking on an online relationship.

DESIblitz chats exclusively to Saira Choudhry about her acting career, life and her views on diversity. She tells us how she first got into acting and offers tips for those who are keen to act.

I was born in Cheetham Hill in Manchester. I loved primary school. I use to want to be a pop star because I was obsessed with Kylie and Jason.

When did you first realise you wanted to act?

When I was 8. I was watching Coronation Street and it suddenly dawned on me that I wanted to be an actor. I remember telling my dad.

Have your family been supportive of your career?

I haven’t had a traditional Asian upbringing as such and have unfortunately missed out on that side of my culture so the answer is no, not at all. My mum is very supportive of my career choice and loves what I do. But to be honest, if my dad was alive I do believe he would have been too.

Do you remember your first acting job?

My first proper acting job was playing the part of Anita in Hollyoaks. She was a troublesome teen and I was thrown some pretty heavy story lines. I loved it and learnt so much working on a soap.

It’s the best training ground for an actor as you are in day in, day out. It is fast paced and you go through every emotion in the book. 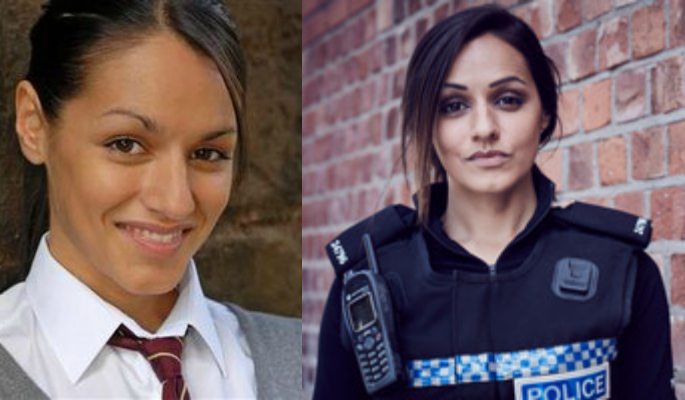 Soap is shot a lot faster than dramas and films due to the sheer volume that they have to produce and time schedule. If you have a storyline hours can be long and demanding but I love acting so it never bothered me. It doesn’t feel like work.

I loved receiving episodes in your tray. It was like a little present and unravelling of where your character was going next.

I was in Hollyoaks for a few years and the cast becomes very much a family. I had a fun few years there and made some great friends. I’ve filmed a few episodes of Coronation Street and it felt very surreal as that was what inspired me as a kid.

You play the feisty PC Tegan in No Offence and acted out a sexual scene. How difficult is it doing such a scene?

I don’t think any acting class/course prepares you for when they shout action for a sex scene. It is what it is and I got over the fear of it by remembering it isn’t me. I’m playing a character.

I think as an actor you can’t put up barriers. It cages you in. You have to be able to play full out and serve the text that’s written for you to play and tell.

An acting teacher once told me in a joking way if a casting director asks you in an audition to bark like a dog you should be so ready and open that your answer is, ‘What type?’ and I roll with that attitude cause it works. 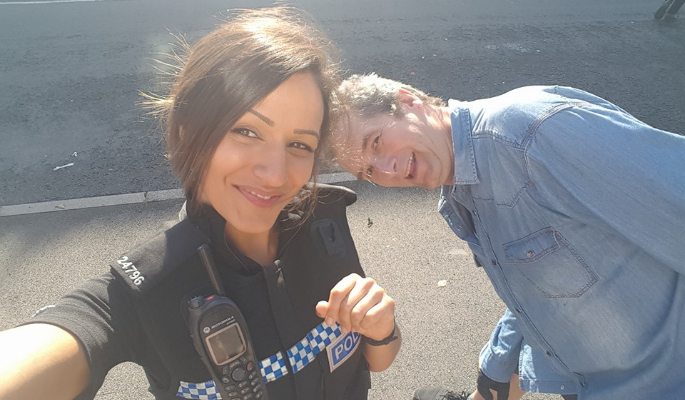 Do you think there is a need for more diversity and representation on British TV?

I think just showing ethnic people in all walks of life just as they are. I have no desire to act just to fill a stereotypical Asian role. I want to get a job because of my acting skill and presence, not because I am Asian and fill a role.

I want to play characters that aren’t race specific. Then it doesn’t come with any stereotypical ideals. I want to do roles that inspire people.

What role would you like to play in a film?

I would love to play Katniss Everdeen in The Hunger Games. I love her and I love action/thriller films.

What are your favourite Asian dishes food wise?

I love to eat out. I don’t cook much because I’m so busy. I do love Indian food, however, I don’t eat meat so Prawn Kharai is my favourite. My favourite Indian restaurant is Akbar’s in Manchester. The food is amazing.

How does acting compare when doing TV or theatre? What makes it different for you?

I much prefer TV as I have much more experience. Theatre acting is bigger and larger than life. TV acting is natural and subtle. The main difference for me is theatre is live; there are no second chances. With TV you can always go again. 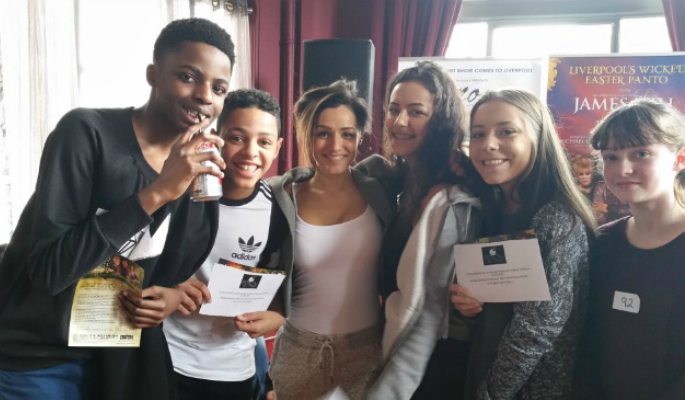 What tips would you give to young people wanting to join the acting profession?

I have a drama school for young people ages 3 to 17 called TV Talent in Manchester. The advice I give to my students is to go to classes and train so you are practising. This will make you skilled. Be yourself and don’t be afraid to do you.

At least this way you will be different as there is the only one you. And believe in yourself because you have to develop a thick skin to take the knock backs as well as the callbacks and keep on going. And don’t give up and you will succeed.

From the days of Hollyoaks Saira Choudhry’s acting journey on British TV has gone from strength to strength.

With a supportive family and the chance to engage with interesting storylines, Saira Choudhary proves that commitment and dedication to your craft can take you far.

Saira Choudhry’s drama school also highlights how she hopes to inspire young people to embark on their acting careers.