A 19-year-old student who was murdered at student accommodation in London has been identified as Sabita Thanwani.

"Maher – I am making this appeal directly to you"

British student Sabita Thanwani was found murdered in student accommodation in London. Police are searching for a man she was believed to be dating.

The 19-year-old was found with severe neck injuries in Arbour House in Sebastian Street.

Detectives want to speak to 22-year-old Maher Maaroufe, who is understood to have been in a relationship with Sabita.

There are early suggestions that Sabita, who attended City, University of London, was with Maaroufe on the evening of March 18.

A CCTV image of Maaroufe at the student accommodation the following morning was released.

The Tunisian national, who is not a student, has links across London and Cambridgeshire.

Police say he has since shaved his head and beard.

Anyone who sees Maaroufe should not approach him and call 999 immediately.

“I am reiterating our urgent appeal for information to trace 22-year-old Maher Maaroufe.

“He has links across London, particularly in the Marble Arch, Edgware Road, and Lewisham areas. He is also known to travel to Cambridgeshire.

“One of the images we released shows Maaroufe with dark hair and a moustache and beard. He has now shaved his head, and has little facial hair.

“Maaroufe had been in a relationship with Sabita but he was not a student. He is a Tunisian national of no fixed address.

“Officers are making enquiries to trace those who had contact with him, but I would ask anyone who knew him who has yet to speak with police to please get in touch.

“I would again ask the public not to approach him if they see him, but call 999.

“I am also appealing, once again, for Maher Maaroufe to attend a police station immediately.

“Maher – I am making this appeal directly to you: if you see this, please go to the nearest police station. It is important that we speak with you.”

Although formal identification is yet to take place, Sabita Thanwani’s family have been informed and are being supported by specialist officers.

A post-mortem will be arranged. 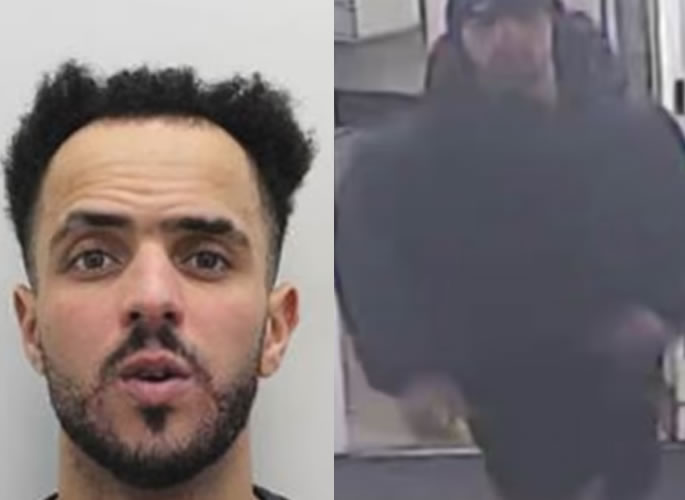 Sabita Thanwani was reportedly a first-year student. She is believed to have been murdered on the fifth floor of a block of flats owned by Unite Students.

“She was a normal student, there was nothing special about her. I saw her in the hallways but I never really spoke to her.

“Of course she was nice and was never rude. I didn’t know her personally. I don’t think she was British.

“When I heard someone was murdered I didn’t believe it at first. I thought it was gossip.

“We are all feeling rather shaken up. This doesn’t happen every day.”

“At around 5:45 am I heard a voice that sounded like a grown man.

“I heard the fire alarm go off and I heard someone running out of a back ground floor exit near where I live. I thought it was the suspect.

“After that the police showed up around half an hour later. They have been investigating ever since.

“I heard them talking about someone trying to escape through the hallway door.

“I didn’t know anything about her until today. She lived on the sixth floor.”

“Arbour House is a student accommodation and I know there will be great sadness and deep concern among the local people and the student community.

“I share that sadness and concern and I can assure them that a thorough homicide investigation is under way, led by skilled and experienced detectives who will work tirelessly to identify and arrest whoever is responsible.

“If you have any concerns about safety in and around the Clerkenwell area, please speak with those officers.”

A spokesperson for City, University of London said:

“As a university, we will do everything we can to support our students and staff and we will continue to fully support the police with their investigation.

“We are working closely with Unite Students who own and operate Arbour House.”

Dhiren is a journalism graduate with a passion for gaming, watching films and sports. He also enjoys cooking from time to time. His motto is to “Live life one day at a time.”
Drugs Trafficker jailed for Role in Dark Web Drugs Ring
Bangladeshi Migrants forcibly held in Ukrainian Camp