Over the years, rice has transcended the humble plates of household dinners to the platters of an extravagant haute cuisine. A modern day culinary delight, rice can be served as a main course, a side dish or even a dessert.

Rice occupies a considerable portion on anyone’s plate, from every walk of life.

A versatile ingredient which has possibly graced the face of the earth from the very beginning of time, rice has, over the years, become a chef’s delight.

It can morph itself into innumerable delectable dishes, subject to skilful hands of course! DESIblitz gives you a peek into the rich rice legacy of the cultural South Asian cuisine.

The multifaceted nature of rice has offered enough room for chefs all around the world to let their creative juices flow. And what are the results? A potpourri of some of the finest dishes that have tamed the tastebuds of millions.

So let us try to decipher the otherwise complex world of these minuscule white grains and how these starch laden soldiers became a staple diet for millions living in South Asia. 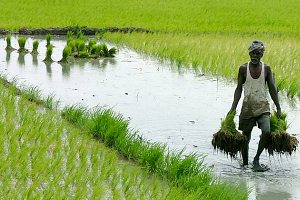 The very first traces of the wild grasses of rice were believed to have been used as a source of food in the Eastern Himalayas dating back to 8500 B.C.

Since then, thanks to the continuous evolution and intermixing of differences and diversities, rice has proliferated all around the world possibly in more ways than any other known ingredient.

From Indian pulaos to the American rice burger, Chinese short rice to Western long-grain rice, rice occupies a considerable portion on anyone’s plate, from every walk of life.

Apparently, there are more than 40,000 different varieties of rice. Now choosing which variety will be kind to your waistline and your palate is no cinch.

Choose the wrong quality of rice and you will end up ruining your meal. But fear not; we are here to guide you through some of the popular rice varieties so the next time you visit the grocery store, you know what to put in your shopping trolley.

Arborio Rice – Mainly grown in Italy, the texture of Arborio rice is ideal for making risotto since it absorbs moisture and remains creamy. 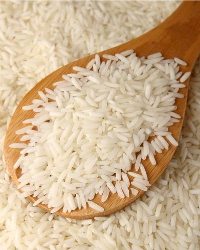 Short-grain rice – A type of white or brown rice, short grain rice is high in starch content. It’s used in things like sushi, paella, and risotto.

Jasmine Rice – A very popular variety in the west, Jasmine rice is a Thai fragrant rice with long grains which stick together when cooked, giving the dish a soft texture.

Basmati Rice – Similar to Jasmine rice but with longer grains that remain apart after cooking. Basmati rice is mostly used in India and its neighbouring countries, it is famous for making various rice dishes especially Biryani.

Brown Rice – Due to minimal milling, most of the bran and germ of the grain are still intact, thus making it a much healthier choice when compared to white rice. Many varieties of rice can come in the form of white or brown rice.

Now you understand the different types of rice, you may be mulling over the variety of South Asian dishes.

So take a look at how different South Asian cultures have creatively cooked rice and in turn whetted the interest and tastebuds of millions around the world to give rice the respect it deserves. 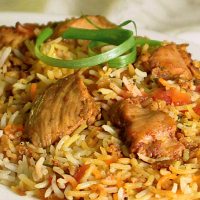 Hyderabadi Biryani has an edge over all the other variations of biryani because of its authenticity, aroma, and generous amount of spices.

This blend leaves a mysteriously exotic taste lingering in your mouth. Yummy indeed! 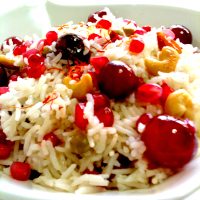 Descending from the place known as ‘Paradise on Earth’, Kashmir, Kasmiri Pulao is full of rich aroma, tastes and splattered with a variety of colours, like a piece of art.

Ultimately the hard work of making this recipe pay off and you are left with a colourful and delicious dish. 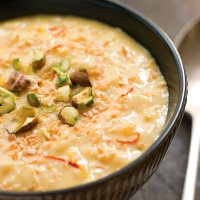 The ingeniousness of Indian ancestors bestowed people with a dessert which is both healthy and appetising.

The Indian dessert Kheer, or rice pudding as it is known in the West, incorporates milk, rice, copious amounts of dry fruit, rose water and saffron.

The best part is, Kheer can be served hot or cold, either way, it will win your heart over every single time. 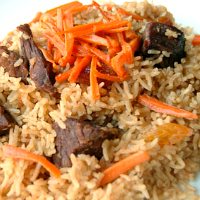 With boneless chicken, an abundance of vegetables and spices, let’s just say that calling it delicious is a huge understatement!

This flavour packed dish will satisfy your hunger pangs, no doubt about it. Kabuli Pulao will be a hit among your friends and family and even those dear epicureans. 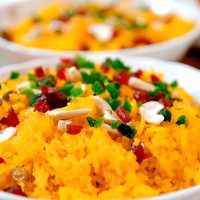 Zarda or saffron sweet rice is fairly simple to prepare when compared to other South Asian dishes.

Just load the boiled rice with a hearty quantity of saffron, cinnamon, cloves and bay leaves and voila!

Your house will be filled with an overwhelming aroma of sweet saffron and cloves, causing everyone to overindulge in this special dish!

These are just a few rice dishes which we have named for any epicurean soul out there.

There are numerous variations of rice dishes across South Asia and keeping a tab on each and every dish can be a daunting task to say the least.

So, once in a while, feel free to go rogue and add your own little twist to these traditional rice recipes. Enjoy a bowl full of Asian delight and let that creamy, starchy taste reign supreme over your senses.

Dreamer by day and a writer by night, Ankit is a foodie, music lover and an MMA junkie. His motto to strive towards success is “Life is too short to wallow in sadness, so love a lot, laugh loudly and eat greedily.”
Desi Christmas Recipes
Parveen Ahmed is the Curry Queen