Ranbir Kapoor revealed he would be willing to play a homosexual and a second lead role on camera if given the opportunity. DESIblitz has more.

Now he’s (Fawad has) opened the door and it’s easy for us to walk through it.

Bollywood actor, Ranbir Kapoor confessed that he is open to playing a homosexual role on camera because of Pakistani actor Fawad Khan’s role in Kapoor and Sons.

The 33-year-old revealed that if he was offered to play a gay role previously, he would have it turned it down.

But now it seems, the Tamasha actor has left the option open.

In an interview with director Raja Sen for Vogue India’s September 2016 issue, Ranbir spoke about both his personal and professional life.

When the actor was asked about playing a homosexual role on screen, he responded:

“Sure, but now it’s already been done. Now he’s (Fawad has) opened the door and it’s easy for us to walk through it. But earlier… I must honestly say I might have turned it down.

In addition, the charming actor also accepted that he would be willing to play the second lead in a movie. However, this would be under certain conditions;

“Suppose tomorrow Rajkumar Hirani offers me the part of Circuit to the new Munnabhai. I would play it and try my best to do it justice.” 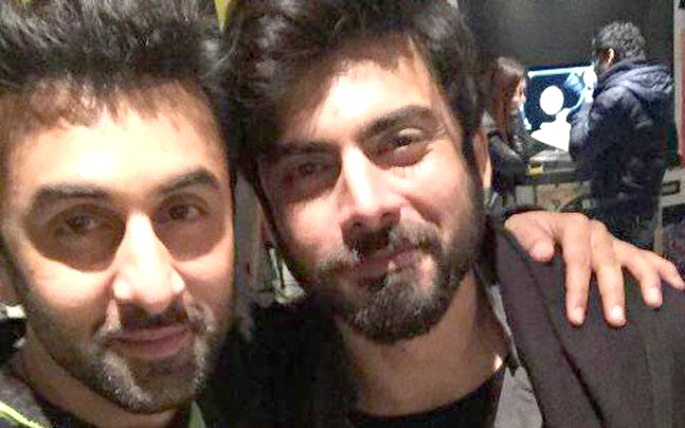 This included Alia Bhatt for her Bihari village girl performance in Udta Punjab and Fawad Khan for his gay character in Kapoor and Sons.

The Tamasha actor has currently been training for Ayan Mukherji’s movie, Dragon.

He will soon be promoting the much-anticipated KJo movie Ae Dil Hai Mushkil. The movie will be releasing in October starring Ranbir Kapoor, Fawad Khan, Aishwarya Rai and Anushka Sharma.

Ranbir Kapoor has been one of the most popular and highest paid actors in Bollywood. He has had many successful films since his debut with Sonam Kapoor in Saawariya (2007).

Son of the talented Rishi Kapoor, the actor has been commended for many blockbuster movies like Yeh Jawaani Hai Deewani and Raajneeti.

However, the actor received a lot of criticisms for less successful movies like Bombay Velvet and Besharam.

The best actor award winner was also questioned about his ‘non-shooting days’, to which the actor shockingly revealed:

“I think I could have an alcohol problem,”

“It is a visual medium and I have to look after myself. When I shoot, when I work, I don’t drink. But when I’m not shooting…”.

In terms of Ranbir’s future aspirations, the Barfi actor has shown an avid interest in directing a film. But the actor believes that he is not yet ready;

“Look, I know how a film is made, but a director has to find the method to tell the story he has to tell. I’m not, because a) I’m lazy and b) acting is taking up my time and I don’t have a story, I can’t write,” he said.

Tahmeena is an English Language and Linguistics graduate who has a passion for writing, enjoys reading, particularly about history and culture and loves everything Bollywood! Her motto is; ‘Do what you love’.
Ae Dil Hai Mushkil unfolds Emotional Love
Rav’s Gingerbread Story in Great British Bake Off