"It takes away your right to be your own individual self."

Model, poet and postgraduate researcher, Ramisha Rafique, is one of the trailblazers who shone a light on the #HandsOffMyHijab campaign in 2021.

The viral social media protest was a direct response to the French senate’s vote to ban anyone under 18-years-old from wearing the hijab.

The appalling law transcends directly from the country’s ban on wearing the niqab in public places in April 2011.

France was the first country to impose this kind of restriction, opening a national conversation around feminism, identity and discrimination.

However, instead of staying silent, the Somali-Norwegian model, Rawdah Mohamed, wanted to confront this proposition.

Sharing a selfie with the words “Hands off my Hijab” written on her hand, Rawdah’s post received over a staggering 178,000 likes.

As an avid explorer of equality and empowerment, Ramisha took influence from Rawdah. 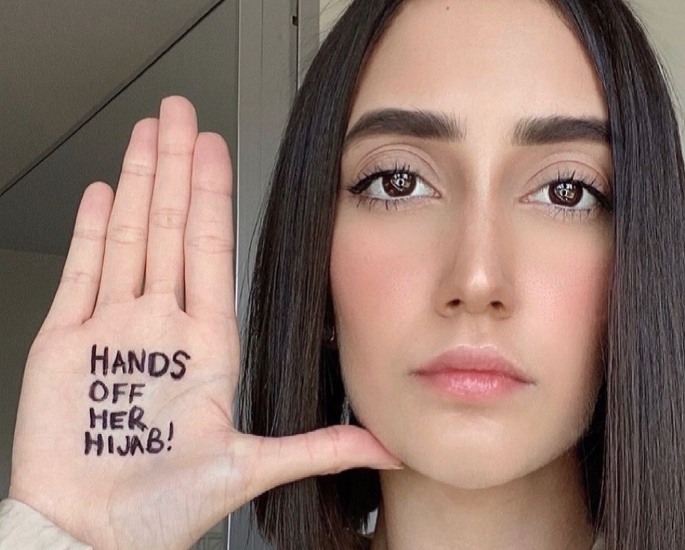 Although she does not wear a hijab herself, Ramisha still showed solidarity with the movement by tweaking the slogan to “Hands off her Hijab.”

Sharing her own portrait with the symbolic hand message, Ramisha’s emotive post highlighted the atrocity of the ban and the importance of tackling it.

Interestingly, many of her followers showed their unity with Ramisha and many other Muslim women who were facing this indescribable hurdle.

Notable individuals like Olympic fencer Ibtihaj Muhammed and US congresswoman Ilhan Omar were amongst the support.

As the protests against the ban heightened, Ramisha remained dedicated to raising awareness.

Not only to highlight the injustice of this ban but to emphasise the unfair pressure on women to dress a certain way.

It is vital to understand these areas because they raise much more poignant issues such as Islamaphobia and women’s rights. Much of which go unheard of in the mainstream.

Therefore, DESIblitz spoke exclusively with Ramisha about the impact of #HandsOffMyHijab and how to tackle such discriminatory complications.

Could you tell us about the #HandsOffMyHijab campaign? 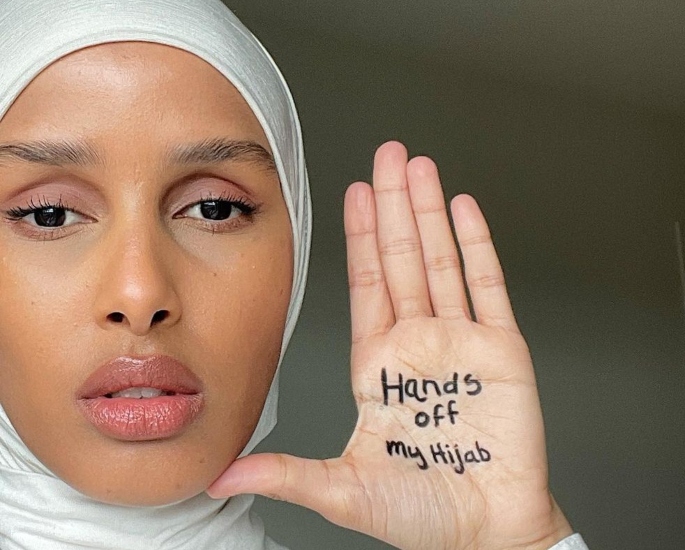 #HandsOffMyHijab is a social movement, supporting Muslim women to contest the bans on hair and face coverings in public spaces that have been imposed in several European countries.

The movement began following the proposal to ban the full-face veil in France in Spring 2021.

This triggered the protests against Islamophobic legislation that marginalise Muslim women in the west.

Initiating the #HandsOffMyHijab and ‘#PasToucheAMonHijab’ hashtag trends on Instagram, was Muslim model Rawdah Mohamed (who proudly wears the Hijab).

“She uploaded a selfie with the phrase ‘Hands Off My Hijab’ written on one hand which went viral.”

Branching off from this many supporters including myself posted selfies with ‘#HandsOffHerHijab’ written on one hand to show support with Muslim women and join the movement.

This has been very useful in raising awareness amongst non-Muslim members of society who wouldn’t otherwise know what was happening.

What was the feeling of Muslim women when this ban was put into place?

Obviously, this ban did not directly impact my daily life, but it could.

From my perspective, I don’t think any woman should be dictated to on matters of how she can or cannot/should or should not dress.

Muslim women are always in the firing line when it comes to public discussions regarding clothing and how items of clothing can be oppressive or liberating.

Which is a really narrow and reductive ideology to use when thinking about oppression and liberation and women’s rights.

I can say from conversations that I have had with Muslim women who do wear the Hijab, Niqab, or Burqa, there is a sense of insecurity.

Especially since there is already so much evidence regarding anti-Muslim sentiment in Far-Right British political parties (the conservatives especially, you can read the Singh Report 2021).

So the insecurity is understandable, with all of the tension around Islamophobic legislation and bans increasing around Europe (and the globe).

I would also be worried about my freedom and right to dress how I want and my freedom to express myself and my religious beliefs.

How did people react to your #HandsOffMyHijab social media posts?

Actually, the movement itself has been huge. Personally, I found that social media has been very supportive of this.

Both Muslim and non-Muslim communities online and offline have come together to show solidarity against legislations that violate our basic human rights.

This is a good thing because that contributes to raising awareness and helping tackle Islamophobia in Britain and the west.

Has the campaign been as impactful as you would’ve hoped? 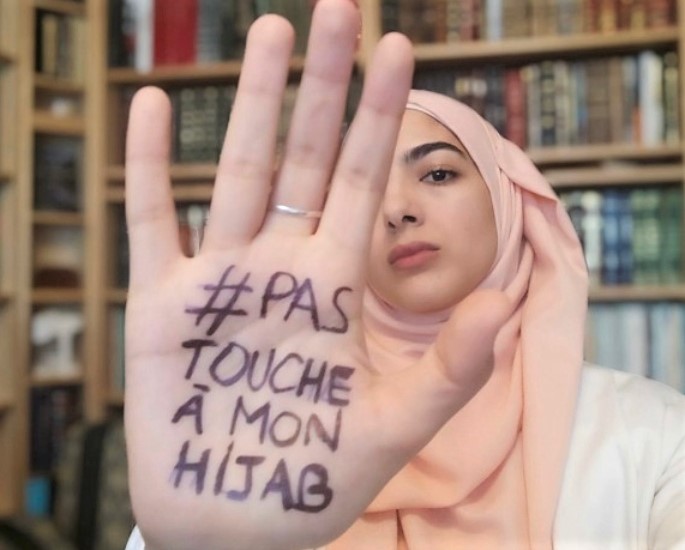 Yes, I think so – I think there’s also a lot more work to do and many creatives and academics are doing amazing work.

Everything takes time but I am optimistic that we can continue to raise awareness and have an impact.

Do you think Muslim men are doing enough to tackle these issues?

I think more men, be that Muslim or non-Muslim could and should get more involved in this and their support would be very helpful.

Like I’ve said, this also isn’t just a one gender issue – we are talking about a minority group being told they can’t dress how they want, they can’t visibly express their religious belief.

“It’s Muslim women now, who knows what and who it will be tomorrow.”

We need solidarity throughout society against the oppression of any group.

What about other South Asian communities – should they be doing more to help? 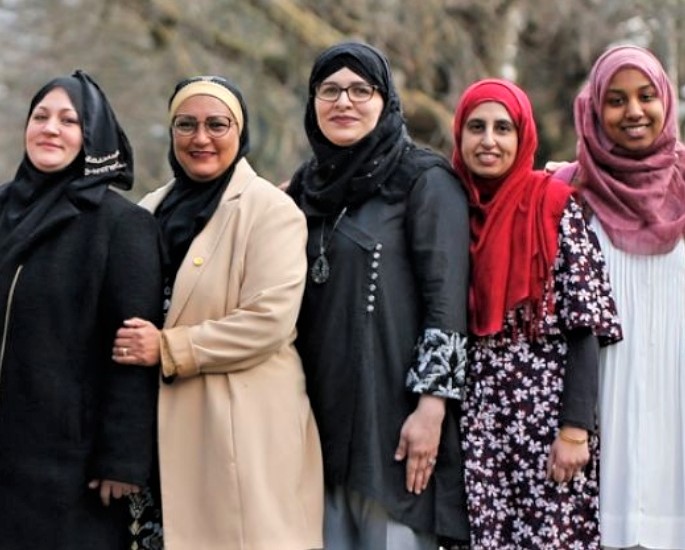 That’s a reductive approach to understanding Muslim diaspora and Muslim identity in itself.

In reducing Muslims to South Asian or Arab cultural backgrounds, many non-Muslim South Asians have suffered from Islamophobia because they are perceived as Muslims.

A lot of the time it is because they have beards or wear a Turban or women who dress differently and wear a scarf.

It’s any woman or man who looks ‘Muslim; because of their skin colour, item of clothing, language, etc.

I think there is actually quite a bit of Islamophobia even within South Asian communities but that is a whole other conversation.

This is something that needs to be addressed and discussed and we need to tackle this and raise awareness but I don’t think this is a ‘race’ or ‘racial’ issue.

I may be wrong but it feels more like a battle of who’s religion is right or better within South Asian communities…I think.

Every group and individual should respect each other’s differences.

But rather than focusing on the differences, focus on the similarities that make the South Asian community and culture what it is, and that is a beautiful thing.

Is there a fear factor for Muslim women when visiting other countries?

Yes. It is proven that visibly Muslim women are more at risk of being victims of Islamophobia than Muslim men or non-Hijab/Niqab/Burqa wearing Muslim women.

I don’t know if you know this but ‘Tell Mama’, which monitors anti-Muslim hate crime in Britain published a recent report in 2018.

The key statistics on Islamophobia and normalising hatred highlighted that ‘Muslim women made up 57% (741) of 1244 violent Islamophobic attacks in the UK.’

That’s just Britain, where there is no law imposed on the restriction of wearing hair or face coverings.

I don’t know what the exact statistics are in other countries in Europe that have these legislations in place, or in America, or in India, Kashmir etc.

“Or even China, where we know Muslim minorities are subjected to oppression.”

And even subjected to genocide in some cases (search ‘Genocide in China and India’, ‘Trump’s Muslim ban’ and ‘post 9/11 Islamophobia’).

But just imagine going to a country with a law that restricts you from entering based on an item of clothing you wear, or your name, or religion.

To be honest, I don’t think Muslim women would even want to visit countries like that. But it’s a scary thought for anyone, not just Muslim women, wouldn’t you agree?

What do you think are the best ways to tackle Islamophobia, especially in Europe? 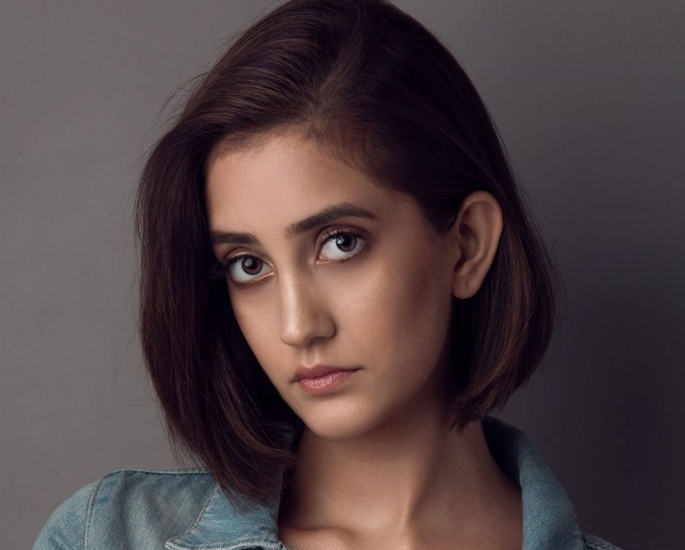 It’s most important to raise awareness. Educate, get involved in media and politics, support social movements and causes that fight oppression.

Continue the conversations, get in touch with your local community centres, hubs and non-profit charity organisation.

MEND (Muslim Engagement and Development) are a national non-profit organisation that does great work to raise awareness and tackle Islamophobia.

They have volunteering opportunities and workshops happening all over Britain. Tackling Islamophobia should not just be limited to and categorised for Muslim communities.

But rather requires a collective effort by all of society, beginning with those who lead it.

I said this on my Instagram post already but: ‘you don’t need to be a woman to stand up for women’s rights, black to stand up for Black Lives Matter (BLM), Asian to support Stop Asian Hate (SAH) or LGBTQ to support LGBTQ rights.’

“It takes away your right to be your own individual self. No person should be told how they can or cannot dress.”

“The hypocrisy of Hijab bans is an example of normalised Islamophobia.”

Challenging contemporary forms of gendered and structural Islamophobia requires a collective effort by society, not just the oppressed group.

The Hijab ban is a disastrous law put into place by a country that is beloved so much within Europe.

By enforcing it, there has been an increase in fear within Muslim communities – both in and out of the UK.

In addition, publications like Stylist, who published eight photos of young Muslim women with the #HandsOffMyHijab, provides a touching depiction of this inhumanity.

However, this portrays how important campaigns such as #HandsOffMyHijab are, especially with representatives like Ramisha.

Using her established platform, she was able to condemn the ban, raise awareness and provide a proactive way for others to show their support.

It is clear to see how devastating this ban has been for Muslims and those across South Asian communities.

Although, Ramisha’s empowering stance has proven to be a catalyst for progress, even if that progress comes in small increments.

Her words resonate with passion and the need for change. Undoubtedly, progress will have to come in order to make the world a more inclusive, equal and respective place.

Find out more about the #HandsOffMyHijab campaign here.