Priyanka Chopra walks out of Another Bollywood Film?

Priyanka Chopra has reportedly walked away from her second Bollywood film but is still rumoured to be working with Shonali Bose.

The ultimate Desi girl was set to star in Sanjay Leela Bansali’s film, Gangbai Kothewali in 2019

Priyanka Chopra has allegedly walked away from her second big-budgeted Bollywood film in 2018.

The ultimate Desi girl was set to star in Sanjay Leela Bansali’s film, Gangbai Kothewali in 2019.

It has been rumoured that Sanjay Leela Bhansali has been planning the production of this film since 2017 and was very keen for the Mary Kom star to play the lead in his latest masterpiece.

However, the Bajirao Mastani actress’ recent decision to walk away from Bansali’s upcoming project has apparently stalled the entire production of the film.

The Goliyon Ki Raasleela Ram-Leela director is struggling to find a suitable replacement for the film because he was excited to collaborate with the Quantico actress again. 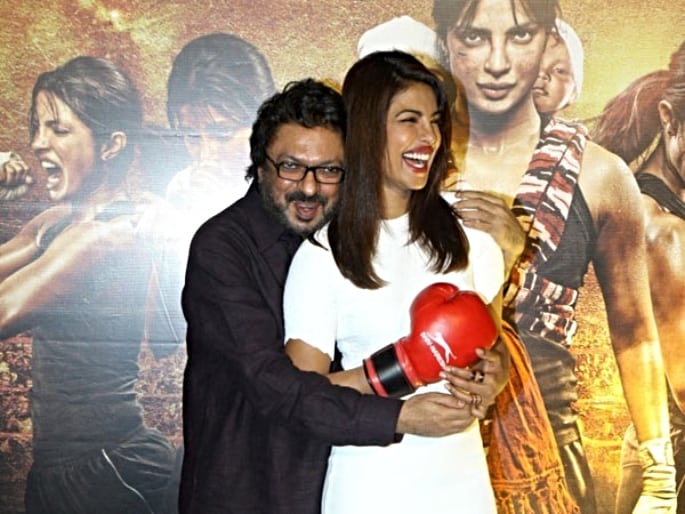 Despite this, the film Gangbai Kothewali was rumoured to based on a group of real-life female gangsters from India.

Bansali’s inspiration for this film came from the bestselling book called Mafia Queens Of Mumbai: Stories Of Women From The Ganglands written by S. Hussain Zaidi.

However, the film was rumoured to only focus on certain chapters of the book.

Bhansali wanted to explore the life and crimes of female gangster Gangubai Kothewali in particular. This gangster was rumoured to be so dangerous that people referred to her as ‘The Madame of Kamathipura.’

A source from the Indian Express says:

“Bhansali is as fascinated by Gangubai’s life as Bhardwaj is by Ashraf Khan.”

Despite this, Priyanka Chopra’s decision to depart from this film is rumoured to be because the dates did not correlate with her recently signed Hollywood film, Cowboy, Ninja, Viking alongside other commitments she has to adhere to in Hollywood.

Although Priyanka has not made an official comment on her recent departures from the following films. However, she is rumoured to be still working on Shonali Bose’s film Sky is Pink.

However, this is the second time the global icon has made headlines for walking out of a Bollywood film.

The Dostana star made headlines when she walked out of Salman Khan’s 2019 Eid release, Bharat.

Ali Abbas Zafar announced her departure from the film on Twitter and cryptically congratulated her on some news.

Zafar hinted that the reason behind Chopra’s decision was her recent engagement to 25-year-old American Singer and boyfriend, Nick Jonas.

After declining the role as the leading lady in this film, reports began to claim that the Isn’t it Romantic star will be starring alongside Chris Pratt in his upcoming Hollywood film, Cowboy, Ninja, Viking in 2019.

Despite this, Priyanka Chopra’s role in Shonali Bose’s film Sky is Pink makes her the third highest paid actor in the Hindi film industry.

The second highest paid actress is Kangana Ranaut at Rs 11 crore (£1.2 million) and the highest paid female Bollywood celebrity is Deepika Padukone who is rumoured to earn Rs 12 crore (£1.3 million) per film.

However, Priyanka Chopra is still the most followed Indian celebrity on Instagram with 25 million followers.

Shivani is an English Literature and Computing graduate. Her interests involve learning Bharatanatyam and Bollywood dance. Her life motto: “If you are having a conversation where you are not laughing or learning, why are you having it?”
10 Bollywood Films Not to Watch with the Family
Aishwarya was going to play Rani Padmavati and Not Deepika?