Ahead of the upcoming 2016/17 season, DESIblitz takes a look at the most stylish brand new kits from some of the best supported football clubs in the world.

Whoever your favourite team may be, purchasing any of these 7 football kits will have you supporting in style.

European football is set to return for the 2016/17 season in August. And as with the beginning of every new season, this means new and improved team kits.

All of the biggest football clubs around Europe have now officially released their latest strips for the upcoming season.

Real Madrid, Liverpool and Borussia Dortmund have all completely revamped their kits. The trio have all released new home, away, and goalkeeper jerseys.

But who else makes our list with their stylish new designs?

DESIblitz brings you 7 of the top replica football kits that you should consider investing in for the 2016/17 season.

Will you be staying loyal to your favourite club or will you be swayed by another team kit? 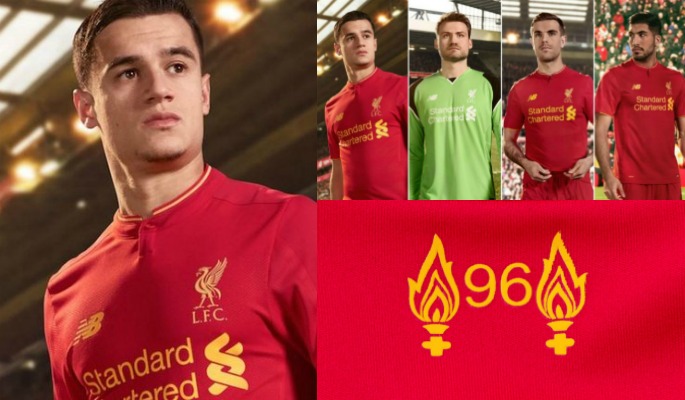 Liverpool’s newly released kits are some of the cheapest for a globally recognised team. A short sleeve jersey will cost £50, making it the least expensive strip on our list.

Their shirts have been made by New Balance and are again sponsored by Standard Chartered. An emblem will be on the back of each jersey to remember the 96 who lost their lives at Hillsborough.

The home kit is again a familiar shade of red. All logos are in gold, and the top has gold trim around a two-button collar. 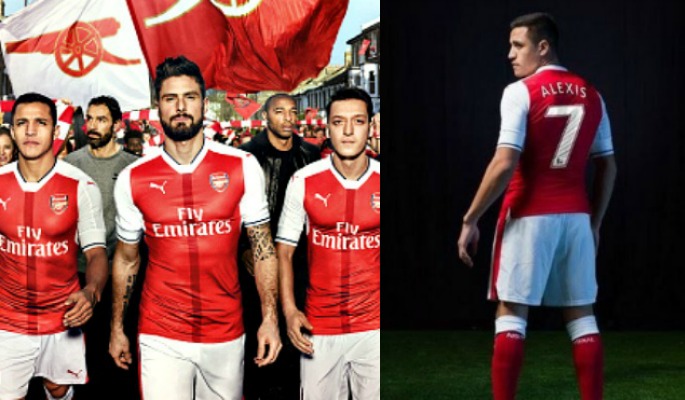 Chilean superstar, Alexis Sanchez, has been pictured wearing his new No 7 shirt. He takes the number from Tomas Rosicky who has been released from the club.

The most notable edition to the jersey is the dark stripe down the middle. Giroud says:

“Puma has done a great job with the new home kit. They have designed a shirt that is influenced by our classic home kit and added modern features. It’s a very nice looking shirt and I’m looking forward to wearing it this season.” 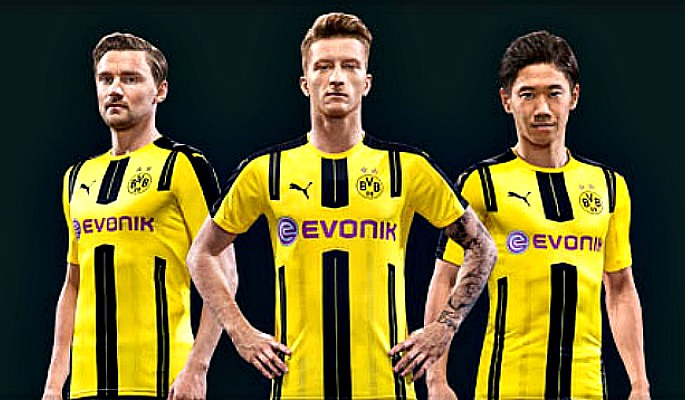 Puma are also the designers of the iconic Borussia Dortmund kit. Their home strip for the 2016/17 season will again be in their renowned yellow and black colours.

There has been a specific focus this year on materials. Puma have used dryCELL and a bio-based wicking finish to draw sweat away from your skin and keep you dry.

Gagan says: “I purchased Dortmund’s home and away tops last year to showcase my support. The new home shirt looks better than the away one which I’m not too keen on. I can’t wait to play football in Borussia’s new strip!”

Underarm mesh panels have also been included for added breathability. This moderately priced kit is ideal for those who want to play as much as they want to support. 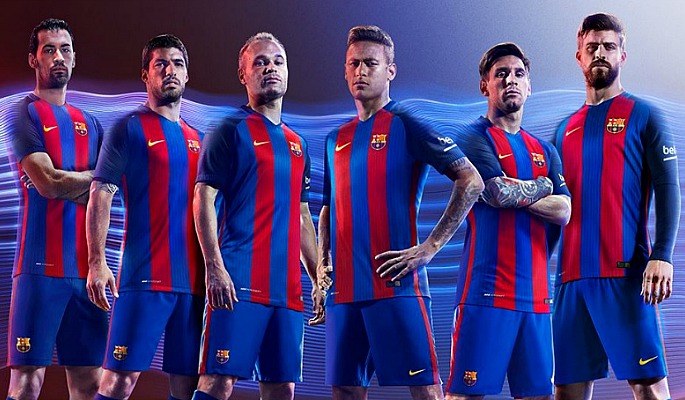 Qatar Airways have not renewed their deal with the Catalan club for the upcoming season. And official picture releases show no sponsor on the front of the jersey. Although it is expected that there will be one in time for the beginning of the season.

Nike have designed the latest strip which will see a return to the usual striped pattern.

“Barcelona tops have always stood out amongst other European shirts. The colours are vibrant and the designs are quite unique. I will most definitely be buying the new kit as I love the retro feel to it.”

Whether you are in the Nou Camp or in the street, the shirt will provide lightweight comfort for supporters. 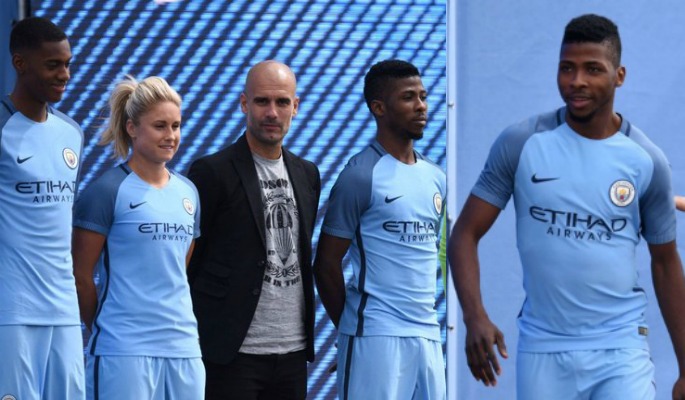 With the arrival of Pep Guardiola, it is sure to be a momentous season for Manchester City.

Supporters got a glimpse of the new City kit when Guardiola was presented to the fans for the first time. Striker, Kelechi Iheanacho, and Manchester City ladies captain, Steph Houghton, were among the players there to model the shirts.

Sky blue is once again the main colour of the home strip. There is a slightly darker shade of blue on the shoulders and top of the arms.

At the request of the fans, a new crest will appear on the 2016/17 jersey. The new Manchester City badge features the Manchester ship and the red rose of Lancashire. 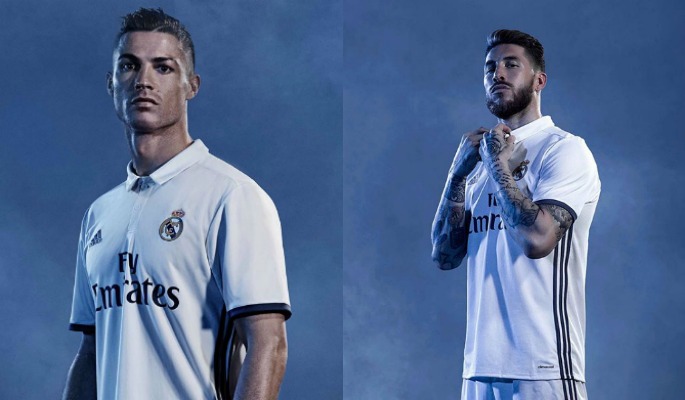 Adidas are the designers of the new Real Madrid kit for the 2016/17 season. The Galacticos home kit is once again a pure white colour with purple Adidas stripes, and the Fly Emirates logo.

This year, the European champions will play in a traditional polo neck with the badge embroidered on the back.

Purchasing the new Madrid strip will set you back £103, which is the joint most expensive on our list.

Manchester United continue their partnership with Adidas for the 2016/17 season. The home strip is yet to be released, but their away kit is a significant change from last season’s white shirt.

For their Premier and Europa league campaigns, Manchester United’s away jersey will be a collegiate blue colour. The club badge and Adidas logo are in red, and the shirt features dark blue detail and red trim.

In order to see Liverpool, Arsenal, Manchester City and United playing competitively in their new kits, be sure to tune in to the beginning of the 2016/17 English Premier League season on August 13, 2016.

Barcelona and Real Madrid, meanwhile, kick-off their La Liga campaigns on August 21. And Borussia Dortmund will face Mainz 05 in their new home kit on August 27, 2016.

Whoever your favourite team may be, purchasing any of these 7 football kits will have you supporting in style.