Poem slammed for referencing Covid-19 bodies in the Ganges

A new poem by Parul Khakhar is receiving major backlash for referring to the bodies of Covid-19 victims floating in the Ganges River.

A new poem is facing backlash for referring to the bodies of suspected Covid-19 victims floating in the Ganges.

The poem discusses the suffering of Indians during the tragic second wave of Covid-19.

Overall, the poem is a critique of the suspected bodies of Covid-19 patients floating in the Ganges River.

In an editorial in the June 2021 edition of their publication, Shabdashrushti, the academy accuses the poem of spreading “anarchy”.

The editorial, written by the academy’s chairman Vishnu Pandya, also refers to those who choose to share the poem as “literary Naxals”. 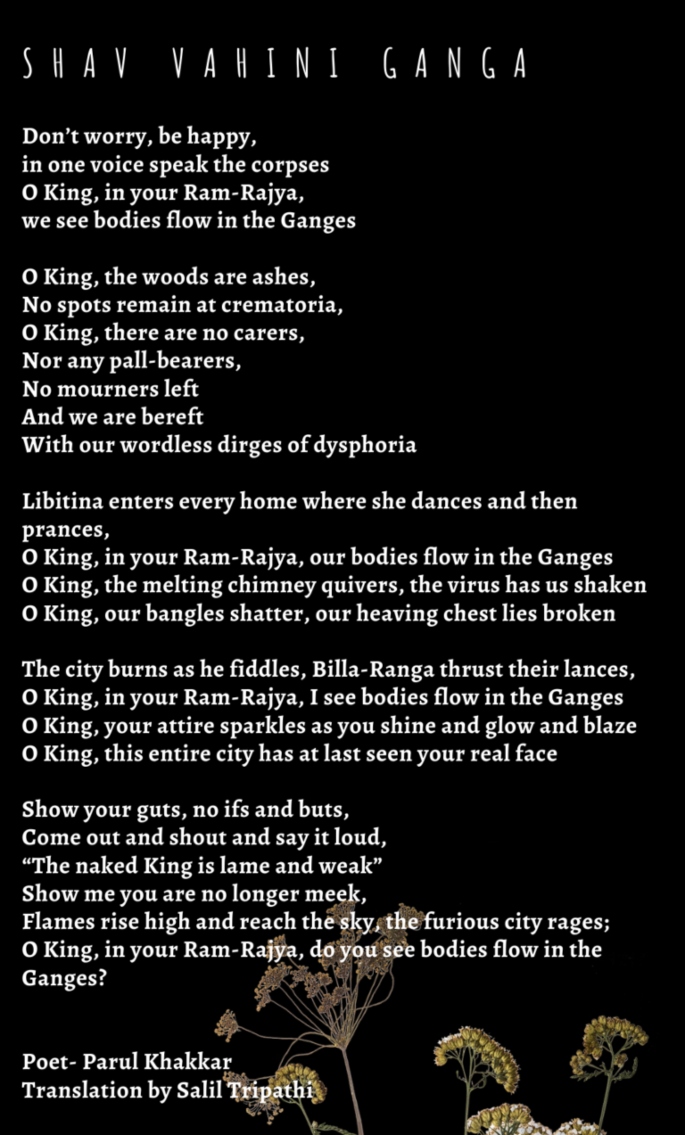 “The said poem has been used as a shoulder to fire from by such elements who have started a conspiracy, whose commitment is not to India but to something else, who are Leftist, so-called liberals, to whom nobody pays any attention…

“They are active on all fronts and in the same way they have jumped into literature with dirty intentions.

“The purpose of these literary Naxals is to influence a section of people who would relate their own grief and happiness to this (the poem).”

Vishnu Pandya does not mention Parul Khakhar’s poem by name in his editorial. However, he admits that it is about Shav Vahini Ganga.

Speaking to the Indian Express about Khakhar’s poem, Pandya said:

“There is no essence of poetry in it and neither it is the proper way to pen down poetry.”

“This could be merely venting out one’s anger or frustration, and it is being misused by liberals, anti-Modi, anti-BJP and anti-Sangh (RSS) elements.”

Vishnu Pandya also said that he does not hold a grudge against Parul Khakhar for her poem.

He revealed that the academy has published her work before.

However, he does say that she “would be welcomed by Gujarati readers if she wrote some good pieces in the future”.

Since releasing her poem on May 11, 2021, Khakhar’s Shav Vahini Ganga has been translated into at least six different languages, including Hindi and English.