On October 11, 2015, Raj Khaira will launch the ‘Equality is Sweet’ campaign by giving pink ladoos to parents of newborns in Birmingham Women’s Hospital.

“The community's reaction to my sister's birth was very shocking.”

A trainee solicitor plans to launch a campaign, using Indian sweets, to promote gender equality in the South Asian community.

On October 11, 2015, Raj Khaira will be giving out pink ladoos to parents of all newborns in Birmingham Women’s Hospital.

It coincides with the International Day of the Girl Child, marked by the United Nations to uphold girls’ human rights.

Traditionally, ladoos are only shared in the families to celebrate the birth of a boy.

Through her ‘Equality is Sweet (Pink Ladoo)’ campaign, Raj hopes to invite families to rejoice and take pride in welcoming a daughter into the world. “This gender-biased practice sends a message from birth to South Asian girls that they are worth less than their male counterparts.

“I want to raise the status and value of baby girls and transform attitudes towards women by changing this tradition.

“They’re not just a sweet; Pink Ladoos are the symbol of a protest against established South Asian gender-biased norms.”

Speaking to BBC West Midlands, the London-based trainee solicitor explains her biggest inspiration comes from her own experience:

“I am the oldest of three. My sister is ten years younger than me. My mother conceived her after a big fertility struggle. 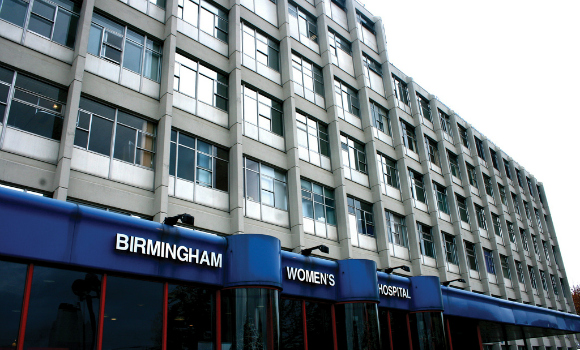 “There was a lot of expectation that she would be a boy. The community’s reaction to my sister’s birth was very shocking.

“I remember going to school and my teachers…being really excited for me. And me being very confused that no one is happy. The wider family were really upset about it.”

“I don’t remember much from when my brother was born, other than relatives coming to our house to make ladoo. It’s such a contrast.”

Barfia, ‘London’s finest couture Indian sweet maker’, is a sponsor for the culturally-important and empowering campaign.

Many other sweet shops and professionals will be volunteering their help for the non-profit campaign.

“The response from the British Asian community has been overwhelmingly positive. I have been flooded with messages from women and men alike, sharing their experiences with me and telling me that this initiative is necessary because it’s time for a change.”

In the West Midlands, Raj and her volunteers will aim to pursue a bigger goal to ‘generate a cascade of change in the personal narratives of British Asian women’.

Find out more about ‘Equality is Sweet’ here.