Veer Gudhka, who suffers from Fanconi Anaemia, a rare genetic disorder, will require a stem cell transplant. However, more Asian donors are needed.

"We’re sharing our story – it’s not just for Veer.”

Veer Gudhka, a “cheeky” three-year-old who has been diagnosed with a rare genetic disorder, Fanconi Anaemia, is in desperate need for more Asian stem cell donors.

Fanconi Anaemia is a life-changing illness, which decreases the productions of all types of blood cells. Thus, creating a higher risk of several cancers.

The average lifespan of those who suffer from this disorder is between 20 and 30 years with one in five who will not reach 18 years of age.

Veer was diagnosed “by chance” in August 2019, after a period of being very exhausted in December 2018.

Currently, Veer is under observation by Great Ormond Street Hospital. His doctors have predicted that he is “extremely likely to need a stem cell transplant quite soon.”

Unfortunately, none of his family members are a match. Therefore, Veer requires an unrelated donor. This has proved difficult because of the severe shortage of Asian donors.

Veer’s mother Kirpa and father Nirav have been tirelessly campaigning to raise awareness.

They have been working with cancer charities Anthony Nolan and DKMS to diversify the stem cell register but need help in their quest with the #HelpVeerNow Campaign.

Why is there a Lack of Asian Stem Cell Donors? 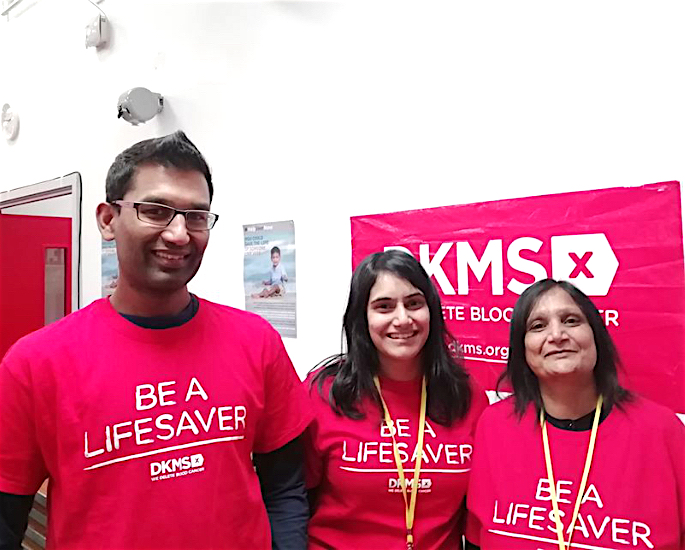 According to statistics, currently, only 2% of the UK population is on the stem cell register.

Out of the population, only 20% of black, Asian or ethnic minority patients have the chance of finding a donor compared to 69% of Europeans.

Veer, who is of Asian heritage, will struggle to find a matching stem cell donor. Nirav recalled the moment he was told of his son’s condition.

“The news came to us as a big shock. We were distraught. We didn’t expect anything of that nature when we were called back in August.

“All of a sudden, our otherwise perfect little world was turned upside down.”

No child or parents should have to suffer this way. Unfortunately, it is a reality for many.

Every time someone joins the donor register, Veer’s chances of finding a match will increase, particularly if they are of Asian heritage.

The family are campaigning globally because a stem cell match can be found worldwide. In December 2019, swabs were taken in Veer’s ancestral town in India.

We asked Veer’s parents why there is a lack of Asian stem cell donors. They said:

“I presume that it may be because there are less stories of Asians in need of a stem cell transplant.”

“This may be due to a combination of a lower number of cases and those families suffering with these types of conditions not feeling comfortable sharing their story in the mainstream, or the stories not reaching the communities.

“I think the lack of education on these matters means that many Asians incorrectly assume that donation is a difficult and painful surgical procedure (probably due to negative connotations of the word ‘transplant’) when it is normally more akin to blood donation as an outpatient.” 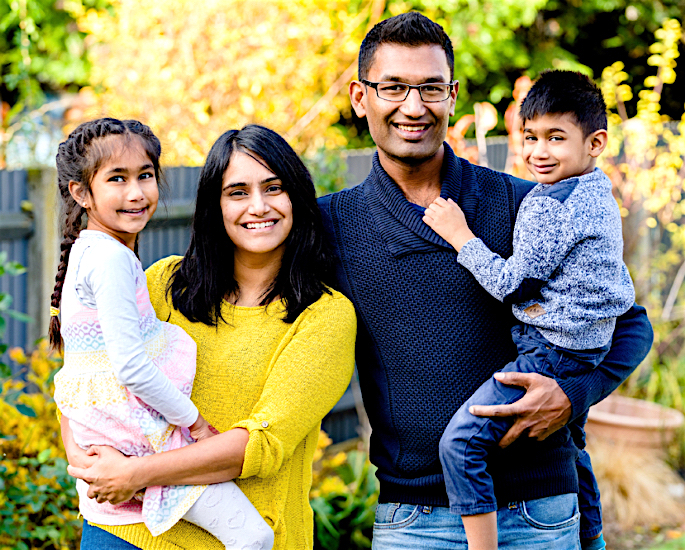 Despite Veer bearing the pain of this disorder, his family also feel the impact of this condition.

Nirav, who describes his son as “an adventurous and energetic three-year-old” who “will try his hand at anything” set the #HelpVeerNow Campaign to share Veer’s story.

We asked how Veer’s condition impacts their family. He said:

“To be honest it’s difficult. While we are lucky that Veer is keeping well at the moment, we still have a lot to worry about.

“His counts are very low so we are very conscious that his health could turn at any moment.

“We want to make the most of our time with our kids while juggling working life and keeping on top of looking after our home.

“But mixed in with this, now we are having to effectively work a second job each in running our campaign to find him a matching donor.”

Nirav and Kirpa are also aware that this is the first of many hurdles that they must overcome in this long journey:

“We are trying to stay positive, but it is really very taxing. Also, we realise that is probably just the first of many hurdles to come and perhaps one of the easier ones, so that is also difficult.

“Another thing is that Veer’s condition is very complicated, as are the treatment options, so we are having to learn a lot very quickly in parallel with everything else going on.”

He continued to mention how Veer’s illness has also been explained to his 5-year-old sister, Suhani:

“Veer’s a little brother. His big sister Suhani is five and knows that Veer has got Fanconi Anaemia and so needs ‘new blood’.

“She’s too young to understand the full extent of Veer’s condition but has comprehended that he needs a generous donor to help him.

“As much as we don’t want it to take over our lives, it has. We know that finding a donor is like finding a needle in a haystack, so we are campaigning hard.”

Does Veer understand his Genetic Disorder? 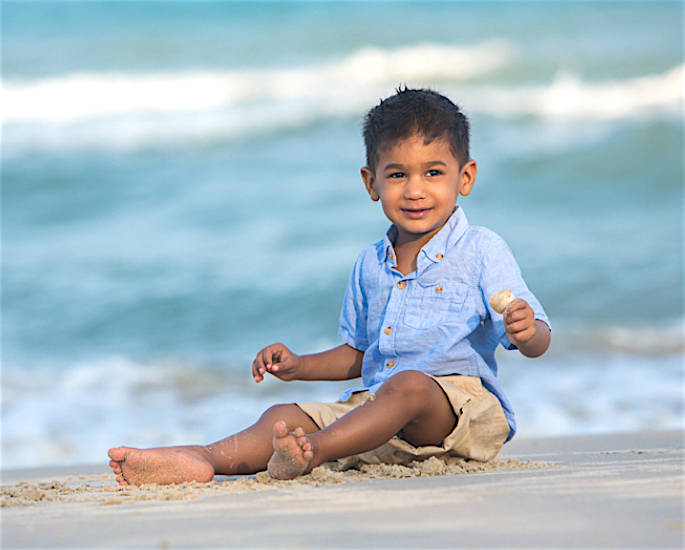 Veer certainly lives up to the definition of his name, meaning brave. He continues to fight his disorder like “a real soldier” to live a “normal” life.

As a three-year-old, he should not know the words Fanconi Anaemia. However, he continues to bear the burden of this disorder.

Speaking of how his parents explain this illness to Veer, Nirav said:

“We explain to Veer openly that there is something wrong with his blood, but that he is a super-strong boy and he will get fixed.

“Because he is so young, we don’t think he really gets the implications of what we are saying (which makes things easier).

“He is not phased by any of it really. No 3-year-old should know the words ‘Fanconi Anaemia’.”

“We try to ensure he feels positive about himself as we know that can be very powerful in dealing with these illnesses.”

Message to the Public 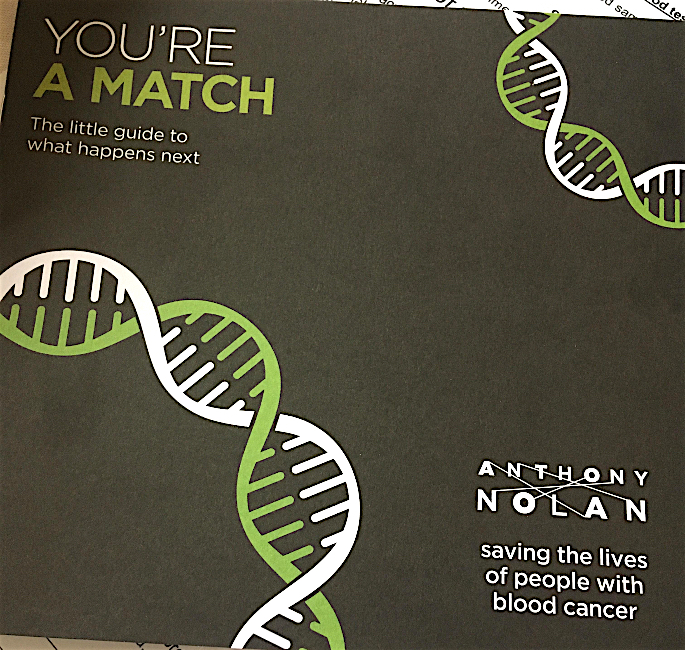 With the shocking low statistics of stem cell donors from an Asian origin, it is crucial to raise awareness to save lives.

Veer’s parents have been urgently campaigning through the means of social media and organising swab drives across the UK and afar.

We asked them what message they want to get across to encourage more Asians to register to donate. They said:

“Conditions which are treated with a stem cell transplant are increasingly prevalent, and while your family members may be in relatively good health today, like us you never know what is around the corner.

“There is often not much time to find a donor and patients struggling to find a match face agonising wait for a match to come up.

“If we as a society can come together to increase the donor pool (only 2% of the country is currently registered as donors), everyone stands to benefit by not having to do the campaigning we are having to today when faced with the same, or even worse situations.

“Ethnicity is a big factor in matching, so we need Asians, in particular, to come forward as registrants.”

They continued to explain their aim, saying: “Our focus is to increase the donor pool which inevitably will help families needing a donor.

“We help by giving financial donations to the charities that are supporting our search (e.g. Anthony Nolan and DKMS in the UK), and secondly, by sharing our story as much as possible.” 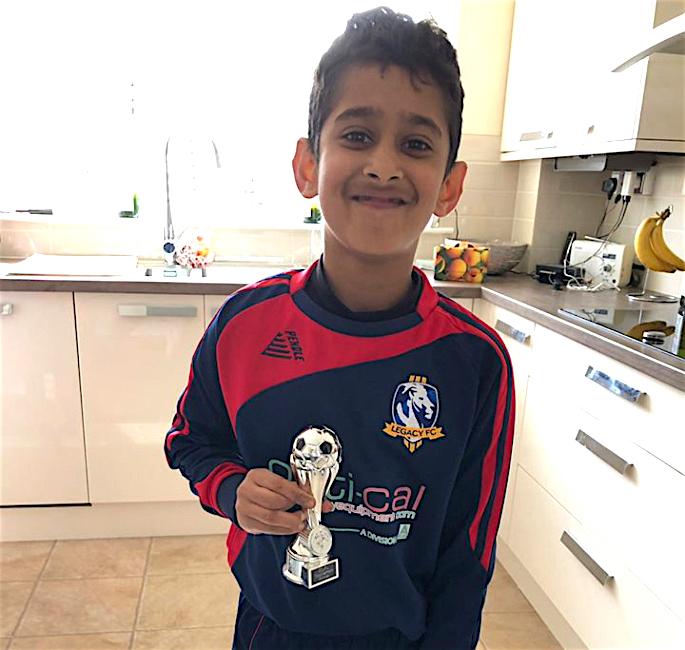 Despite the chances being extremely low, there have been several high-profile cases of British Asians finding donor matches.

However, with greater willingness from the Asian community, this could lead to more favourable outcomes.

“From our perspective, the feeling would be of immense relief, given the rarity of matching.”

Every moment someone signs up to join the stem cell register it acts as a ray of hope. It can give a new lease of life for someone like Veer.

Veer’s parents’ campaign stems beyond just helping save the life of their beloved son. They are tirelessly working to increase the expand the need for Asian donors. They said:

“We are trying our best to increase awareness to help not only Veer but countless other people from all backgrounds. That’s why we’re sharing our story – it’s not just for Veer.”

Spread the message for Veer, for everyone who is suffering from detrimental disorders like this. A lifesaving stem cell transplant is required, register today and spread the word #HelpVeerNow campaign.

Watch the video of the Help Veer Now Campaign here: 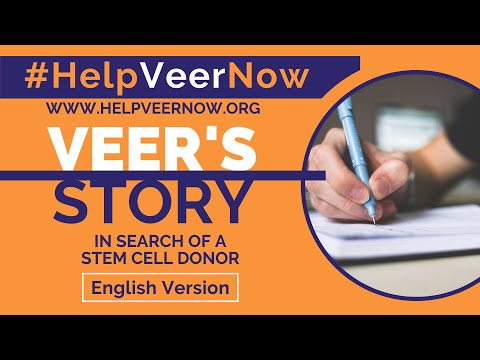 Ayesha is an English graduate with an aesthetic eye. Her fascination lies in sports, fashion and beauty. Also, she does not shy away from controversial subjects. Her motto is: “no two days are the same, that is what makes life worth living.”
Three stabbed to Death after Clash between ‘Sikh Groups’
Indian Man charged for ‘Kissing’ 2-year-old in Australia