Parents Jasbir and Bhupinder Kalsi travelled from India to USA, to discipline and beat their son Devbir’s wife for being ‘disobedient’.

both Jasbir and Bhupinder Kalsi began beating her too

The parents of Devbir Kalsi travelled over 8,000 miles from Punjab, India, to Florida, USA, in order to imprison and beat his wife, Silky Gaind.

Jasbir Kalsi, the father, aged 67 and Bhupinder Kalsi, the mother, aged 61, were arrested on Saturday 2nd September 2017, after Silky had contacted her own parents in India telling them what was going on, who subsequently contacted the police.

Police stated that Silky Gaind, aged 33, was found bloodily beaten and was being held against her will at her marital home in Riverview Florida.

Upon arrival at the home, deputies from the Hillsborough County Sheriff’s Office said they found the door blocked by Kalsi and inside they could hear screams from help asking ‘for the deputy to save her and her child’.

Immediately they forced entry into the property and first arrested Devbir Kalsi, aged 33 and then subsequently his parents.

The police report says that Devbir beat Silky on many occasions and then called his parents to come over to the US to help him ‘counsel and discipline’ his wife for her petulance and disobedience.

After his parents arrived in the US, they re-enforced this form of physical abuse against Silky and she was locked in her room with her one-year-old daughter and her phone was taken from her.

The police state that after Devbir and Silky got into an argument, he hit her ‘repeatedly and forcefully’ and as his wife tried to defend herself, both Jasbir and Bhupinder Kalsi began beating her too.

While Silky was being attacked she held her daughter in her arms. The little girl was also hit in the face.

Silky Gaind was left with bruises on her face, neck and body.

She was then threatened by Devbir with a kitchen knife held at her throat. 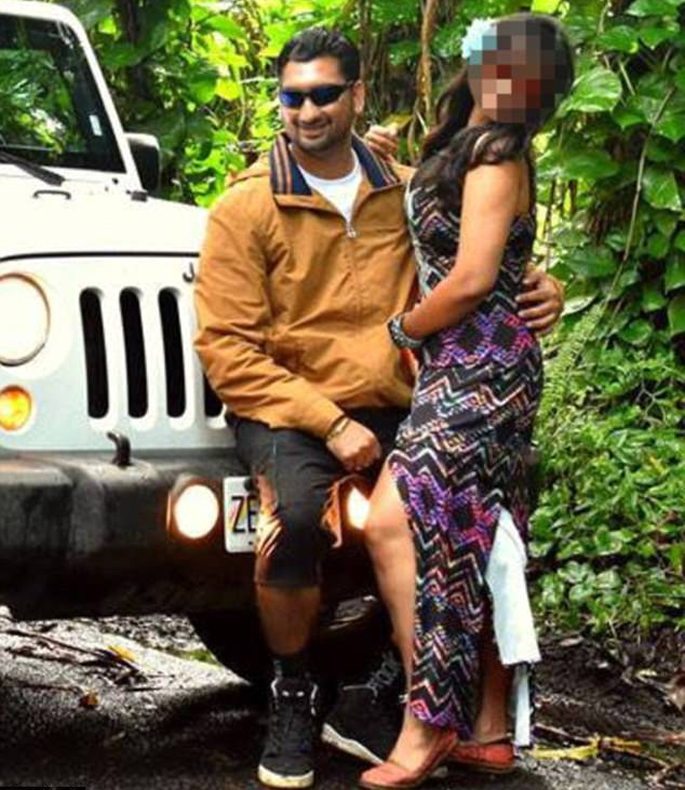 The three Kalsi’s were taken away and put into custody by the police. Silky and her daughter have both been rehoused in a safe place.

All three of them may also be deported back to the Punjab in India.

They are being held in Hillsborough County Jail without bail as the case continues.

This case reflects that archaic thinking still exists in Punjabi families, who think they can enforce their ways on daughter-in-laws despite travelling to a completely different country with different laws.