Stars of Pakistani cinema and entertainment came out to support Adnan Sarwar’s sports biopic, Shah. The film is based on the true story of boxing champ, Hussain Shah.

"Ours is a small film. We are outsiders. We made the film exactly how we wanted it to be."

The latest cinematic release from Pakistan, Shah, welcomed a grand premiere in both Karachi and Lahore as part of Independence Day celebrations.

The cream of Pakistan’s entertainment crop stepped out to support the biopic that follows the true story of legendary Pakistani boxer, Hussain Shah.

Also attending the glitzy event was Olympic swimmer Kiran Khan, as well as man of the moment, boxer Hussain Shah himself. 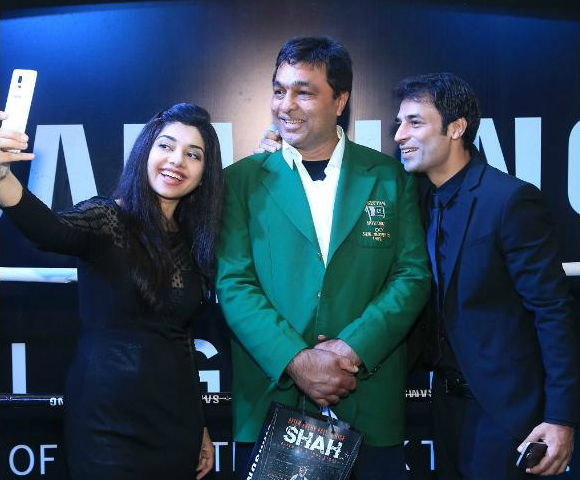 Directed by the talented Adnan Sarwar, Shah celebrates the achievements of the Olympic bronze winning boxer.

Notably, Shah is Sarwar’s personal brainchild as he takes credit for not only writing and composing the music for the film, but also staring as the lead protagonist, Hussain Shah himself.

The supporting cast is made up of Kiran Chaudhary, Sardar Baloch, Adeel Raees, Faiz Chohan and Gulab Chandio.

The film follows the inspiring journey of the unsung boxing hero Hussain Shah (played by Adnan Sarwar). During his early years, Shah started his life on the streets of Karachi as a homeless child.

But having always nurtured a passion for boxing, a local coach decides to train him after seeing his potential.

Following years of training, the talented Shah goes on to become the only boxer in Pakistani history to win an Olympic medal at the 1988 Seoul Olympics. 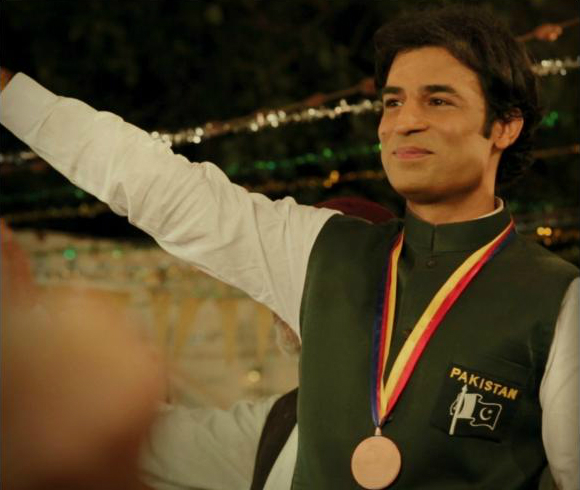 But his glory is short-lived, as he quickly falls out of the limelight and the hero is forgotten by both the public and the media.

What emerges from the film is an emotional journey of struggle, rejection, achievement and downfall.

Shah is a touching story that reminds us of the important achievers and ‘forgotten heroes’ of our homelands.

Being so heavily involved in every part of the film process, Sarwar literally became a one-man-army.

To prepare for the main lead, Sarwar trained for an entire year to build up his boxer’s physique:

“I lived and breathed boxing. I had to go through functional resistance training and running in the morning and boxing drills in the evening with very little intake of food. It was tough.” 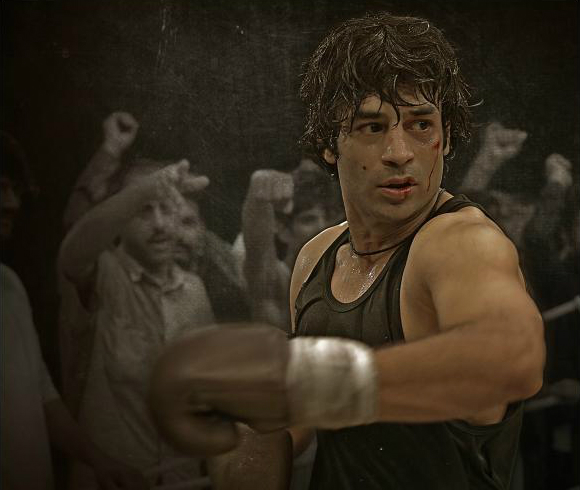 Sarwar also spoke about the difficulty he went through in order to get this film made:

“Our budget is preposterously low. We had only Rs 12.5 million when we started off. Although, when you see the film you won’t be able to tell it has been made with such limited resources.”

He adds that he is immensely proud of the film despite some people finding it different to the stereotypical commercial movies and it not having a female lead:

“To be honest, I always knew the Pakistani audience wants to watch a different film. The trailer did wonders for us. Ours is a small film. We are outsiders. We made the film exactly how we wanted it to be,” Sarwar says.

Sarwar adds that he was particular about the kind of music he wanted to go with the sports biopic.
He notably took full creative control to ensure that audiences could still connect with the film through its music. 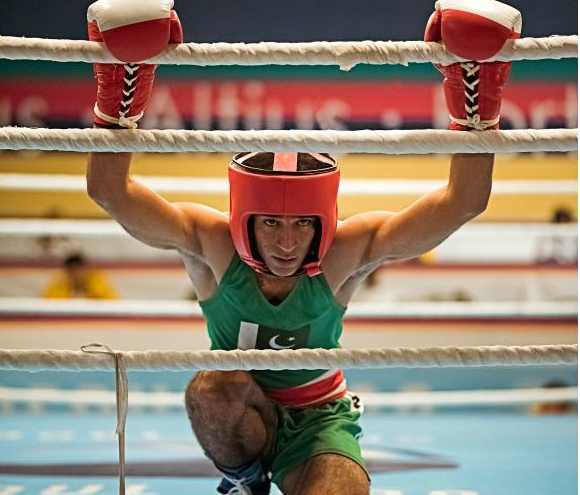 A bold move, Sarwar explains: “We decided early on that the film will not have any item numbers, love songs, etc.

“There is only one song in the film and the rest of the music is quite different from what one is used to hearing in subcontinental films. Yes, ‘intense’ may just be the correct word to describe Shah’s music.”

Pakistan’s cinema industry has truly undergone a revival in the last few years, with 2015 seeing more success for films abroad.

The spotlight has now turned to the Pakistani film industry, especially with Mahira Khan’s Bin Roye welcoming huge triumph around the globe.

With the industry growing more diverse, many filmmakers have been taking risks with independent films as opposed to mainstream commercial cinema.

When asked why he decided to make a biopic Sarwar says: “The film I was initially offered in 2012 to direct and act in was a romantic comedy.

“However, early on, I was able to convince the producers/financiers to steer the project in the direction of this sports biopic. 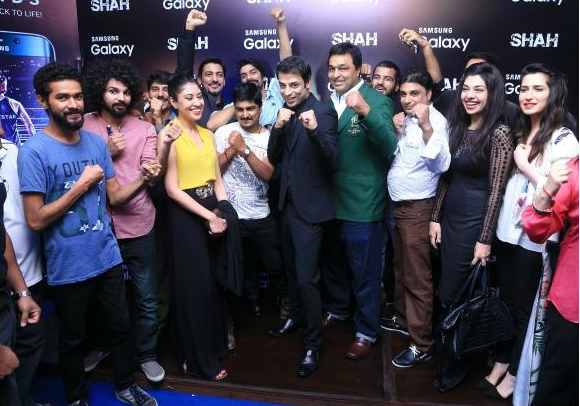 “I remember watching Hussain Shah’s Seoul Olympic fights as a child and having spent a fair amount of time as a struggling sports person myself [as a professional racing driver].

“So, I always knew that this was the film I wanted to make if an opportunity ever arose.”

It is clear that this genre of cinema is what Pakistani’s are yearning for. Shah has already enjoyed considerable success at the box office both across the nation and overseas.

Watch the trailer for Shah here:

“I am extremely pleased that the film Shah is receiving such an overwhelming response from the people of Pakistan. For the most part, it is due to Hussain Shah finally getting the kind of acknowledgement that he deserves.

“Seeing people walk out of the cinemas with tears in their eyes gives me hope that the treatment that was meted out to Shah will never be repeated again.”

British born Ria, is a Bollywood enthusiast who loves to read books. Studying film and television, she hopes to one-day produce good enough content for Hindi cinema. Her motto is: “If you can dream it, you can do it,” Walt Disney.
Solomon Akhtar dates Kavita in Desi Rascals?
British Pakistani Model goes to Bollywood?