Pakistani model Mathira was subjected to cruel trolling, with some labelling her ‘plastic’. She has now angrily reacted to the haters.

"Please stop this nonsense of calling me plastic."

Pakistani model Mathira has angrily slammed trolls for calling her cruel names such as “plastic”.

She had appeared on Tabish Hashmi’s To Be Honest and the pair spoke about equal rights, friendships and struggles within the entertainment industry.

However, Mathira’s appearance led to her becoming the victim of trolls.

Some netizens body-shamed her while others accused her of getting plastic surgery. Some users even slut-shamed her.

This prompted Mathira to respond to the haters. 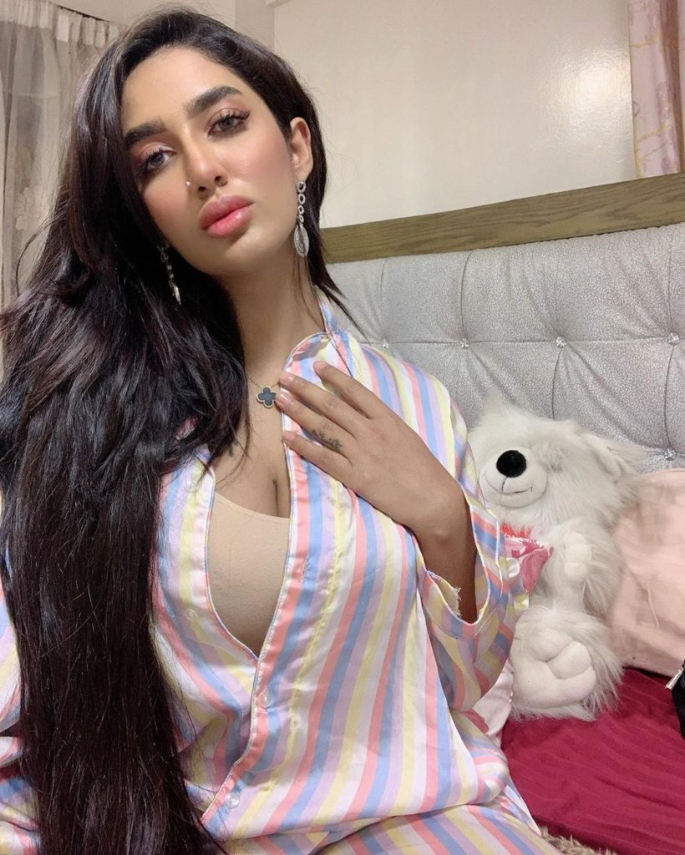 “I’m chubby and I’m happy like this. Who are you to shame me? Focus on yourself please.”

She went on to state that she was tired of people judging her for her looks. Mathira revealed that her weight gain was due to “hormonal imbalances”.

“I’m so tired of people asking why I have [gotten] implants and all… Seriously, it’s a shame. I have hormonal imbalance issues. Stop it.”

On whether she had plastic surgery, Mathira told the trolls that if that were the case, she would own up to it.

“If I get surgeries, I will certainly own up to it. I have put on weight. Please stop this nonsense of calling me plastic.”

A few days after her angry response, Mathira revealed that she gets unwanted advice from people, including women, regarding her skin colour.

“I have realised people will always shame me when I wear a fully covered dress, I am shamed on my colour… so what if I am BROWN.

“I am named shamed for my colour, my weight, what is wrong with our society?”

“Why do we like pushing people to the edge mentally forcing them to break down!

“It’s not at all cool women have sent me DMs to use whitening injections, lol I can surely afford them but I don’t want to be white, I am a proud brown thick girl living life freely.

“Focus on your black hearts and try to make them white by removing this type of negativity.”

It was captioned: “I am a brown girl who defines her standards of beauty. The darkness of my skin is my own bronzer.

“The sun loves me too much that I am immersed in its rays in the summer.

“I am not ashamed to be brown. I am a Pochahontas in my own world.”

During her appearance on To Be Honest, Mathira was asked about the taboo surrounding sex in Pakistan. She replied:

“Every single person does what they prohibit others from doing.

“If it weren’t for sex, none of us would be present in the world.

“Why overly exaggerate and categorise things as vulgar?

“Our people have a problem: their eyes dart towards something else while speaking about a very serious matter.”

Dhiren is a journalism graduate with a passion for gaming, watching films and sports. He also enjoys cooking from time to time. His motto is to “Live life one day at a time.”
Disha Patani stuns in Strapless Peach Bikini
6 Affordable Clothing Brands for Desi Students in the UK