Pakistani Man ‘masturbated’ in front of Two Girls in Karachi

The incident which took place in Khyaban-e-Shujaat, DHA, Phase 8, in Karachi was reported on social media by the girls with photos of him and police say they are investigating the matter.

The sisters described the horrid and vile experience of what took place when this man conducting the perverse act in front of them after they had stopped on on the side of Shujaat Road.

They posted the details of the incident on Facebook.

They highlighted that this deplorable act took place in broad daylight saying: “Keep in mind that this is main shujaat and is a busy street and it’s around 3pm today.”

The man then got back into his car and headed “towards the open plots and roads towards the sea.”

The girls in shock continued to drive having never seen anything like this before and then quickly decided to follow the man to “to teach him a lesson.”

They caught up with him but realising they were “two girls alone” it did occur to them that doing this could’ve been very dangerous for them. But they said: “We just wanted to get his information.” 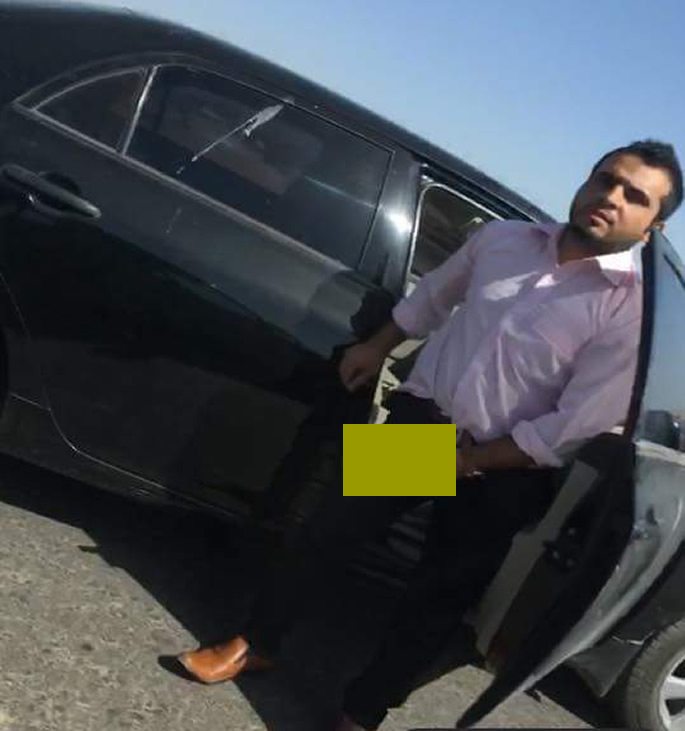 At this point, determined to expose this sick pervert, the girls took photos of him and his “number plate”.

They described his car and him saying: “He drives a black corolla, and his number plate is BAL-943. And his face resembles a complete A-class chutiya.”

Cynically and angrily, they then say in their post with an appeal to other women:

“wish we girls could do something in return that would make these men as disgusted as we were, seeing their d**k at 3 in the afternoon. Keep the suggestions rolling.” 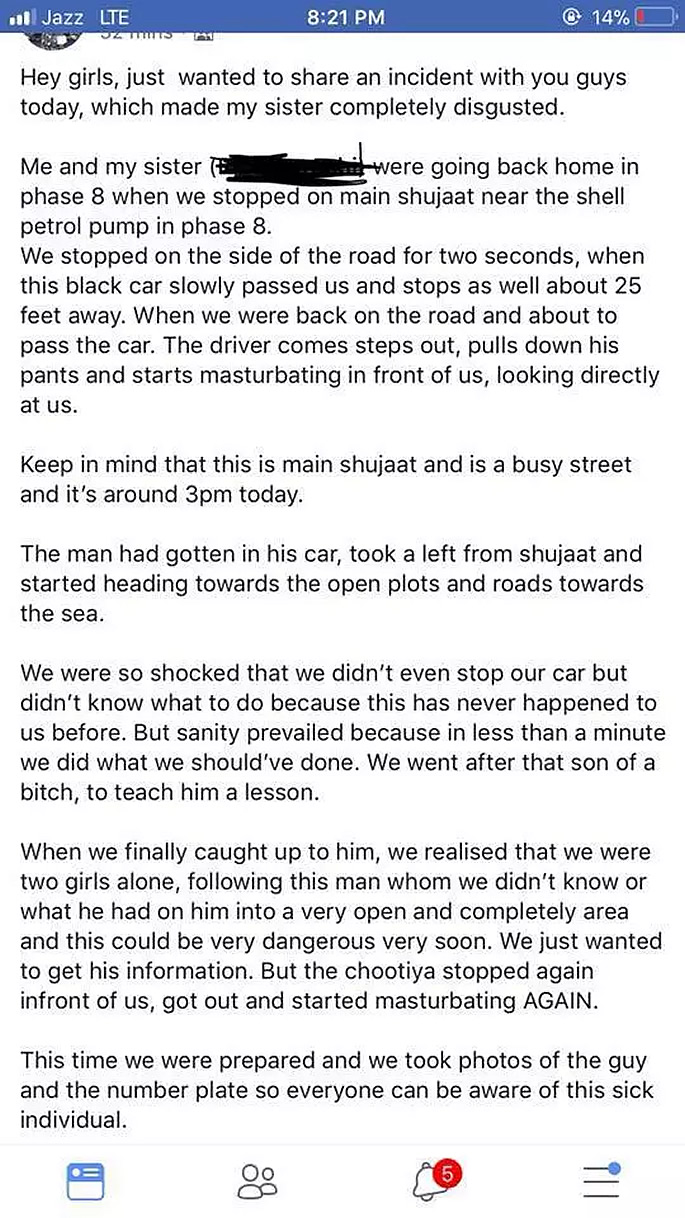 Social media quickly reacted to the incident with support.

This is dusturbing af but i gotta do this today. Sharing, on behalf of a sister.
Catch this guy. Put him inside the bars. Bloody assholes on the road.

However, there were also some ‘defensive’ views about the story primarily coming from other men to which responses were given

Do you need a proof? Just peek inside his pants, it’s as nasty as your thinking and he is holding it like your future. You guys are impossible!

can u please justify, how he is wrong here? aint you the one who say “ill do whatever i want to with my body”. he is not touching anyone also these girls drive “to” him lol. he is totally fine.

The incident has been reported by other to police in Karachi. They say they were trying to trace the man using his car’s registration number, captured by the girls. But have not yet captured him.

The story has also been reported on Pakistan’s television channel GEO News.

However, the girls are afraid to speak to the authorities, which, means bringing this man to justice will not be a simple process and most likely will not be a priority for police.

Nazhat is an ambitious 'Desi' woman with interests in news and lifestyle. As a writer with a determined journalistic flair, she firmly believes in the motto "an investment in knowledge pays the best interest," by Benjamin Franklin.
Son and Wife Jailed for Scam to defraud Mother of £230,000
Private Tutor jailed for Sexual Assault of Girl Students under 13