Pakistani actress Jia Ali tied the knot with a businessman. However, netizens soon criticised her. See what they said.

"Money can buy anything."

Pakistani actress Jia Ali got married to a businessman, however, she soon became the subject of criticism.

The pair reportedly got married at Lahore’s Badshahi Mosque in the presence of close friends and family.

Jia wore a gold and white outfit with a pink embroidered dupatta. She paired her bridal attire with heavy gold jewellery.

Meanwhile, Imran sported a gold sherwani for the ceremony.

It was reported that Jia and Imran had been friends for a long time before it became a relationship.

Imran is a businessman as well as a cricket coach. It is reported that he has coached various cricket teams across the world.

Imran is also closely associated with the ruling Pakistan Tehreek-e-Insaf (PTI) and played a key role in mobilising the PTI in East Asian Pacific countries. 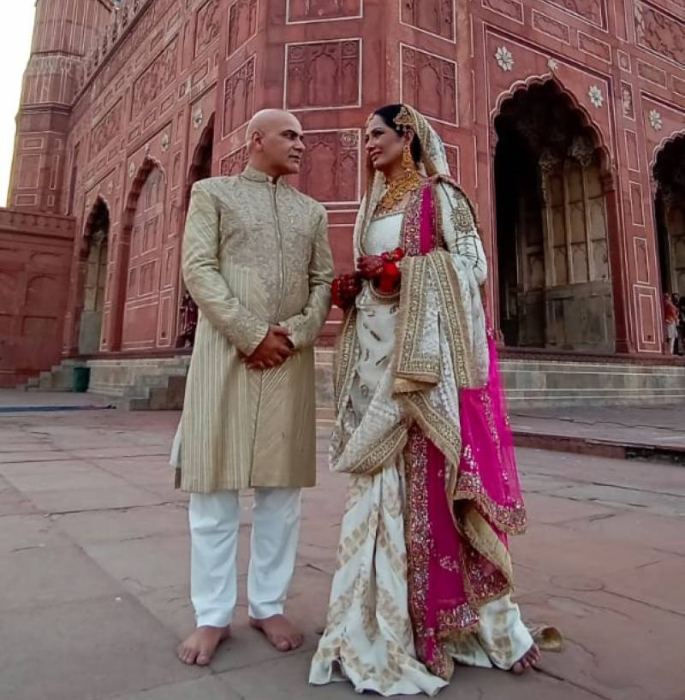 Pictures of their wedding circulated on social media.

While many sent messages of congratulations, other users criticised Jia Ali for marrying the businessman.

Many of the haters believed she married Imran because of his money and financial status.

One person said: “Money can buy anything.”

One person called Jia a “golddigger”.

A user said the wedding was merely a “money marriage”. 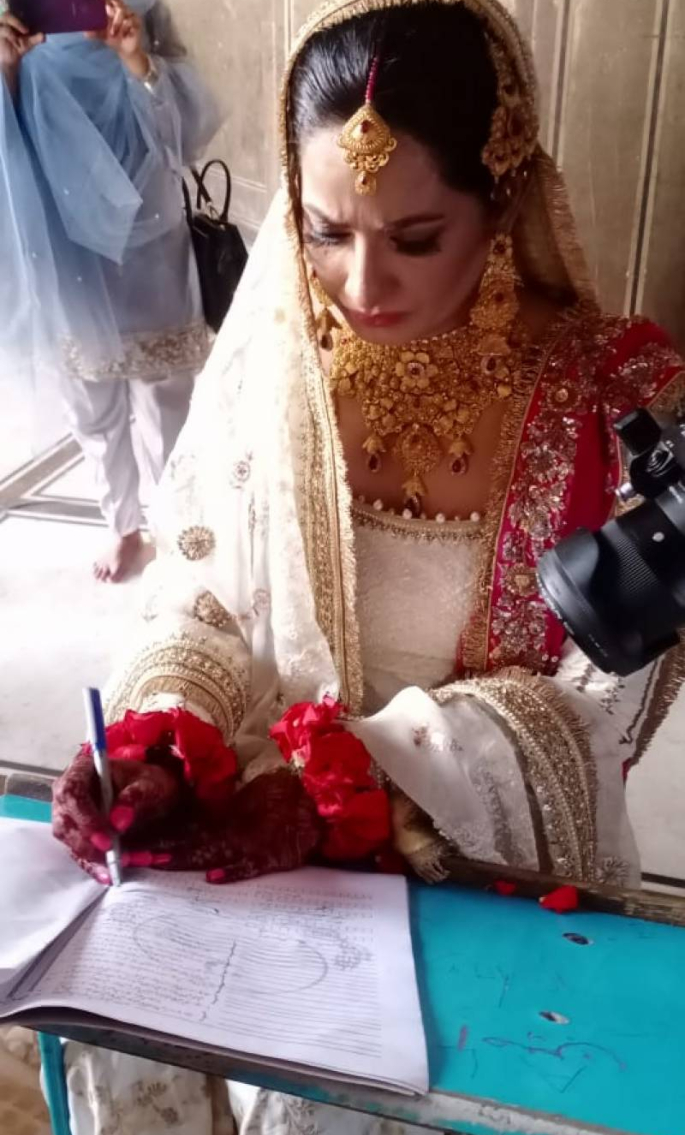 One person said that Jia did not look happy to be getting married as she signed the marriage register, posting:

“Congratulations. She looks quite angry during signing.”

While some people decided to troll Jia on her marriage, it appeared she took no notice as she remains quite on the matter.

Jia is an actress but has also worked as a model.

She has been a prominent figure within Pakistan’s film and TV industry.

Jia made her film debut in 1997 in Deewane Tere Pyar Ke. The film was directed by Syed Noor and Jia starred alongside Moammar Rana.

The film was a box-office success.

She soon began acting in shows that were broadcast on PTV before appearing in the likes of Band Khirkyon Kay Peechay and Meer Abru.

Her last film role came in 2016 with Saya e Khuda e Zuljalal, where she played the antagonist Devika Goray.

The role earned Jia a nomination at the 2017 3rd Galaxy Lollywood Awards. She was nominated for Best Performance in a Negative Role.

Dhiren is a journalism graduate with a passion for gaming, watching films and sports. He also enjoys cooking from time to time. His motto is to “Live life one day at a time.”
Parineeti Chopra speaks about Criticism when her Films Fail
Sushant Singh Rajput’s Sister reveals Death Anniversary plans