In 1980, Padmini Kolhapure greeted Prince Charles with a kiss when he visited Mumbai. She has now said that she was left “embarrassed”.

"in those days, it became a big thing."

Actress Padmini Kolhapure opened up on her meeting with Prince Charles, saying she felt “embarrassed” afterwards.

They met in 1980 when he visited India and Padmini greeted him with a kiss.

Footage captured the moment when Padmini put a garland around the prince’s neck before confidently planting a kiss on his cheek.

During his trip, he visited a studio in Mumbai. Padmini was at the studio filming Ahista Ahista.

Upon his arrival, actress Shashikala greeted him and performed the ‘Aarti’.

Meanwhile, an excited Padmini placed a garland around Prince Charles’ neck and kissed him on the cheek.

She smiled and laughed before leaving.

The matter was captured on camera and it attracted a lot of attention, both in India and in the UK.

In India at the time, it was seen as a big deal to kiss someone in public, especially for an actress.

Padmini Kolhapure has now revealed that the brief moment received so much attention that she was recognised as the “person who kissed Prince Charles”.

She explained: “He was visiting Mumbai and I don’t know what he thought that he wanted to see a shoot.

“We were shooting for Ahista Ahista at Rajkamal Studios.

“Shashikalaji did his Indian ‘Aarti’ and I just greeted him with a peck on his cheek.

“But, in those days, it became a big thing.

“I remember I went to London for a holiday and this British immigration officer asked me, ‘Are you the same person who kissed Prince Charles?’ I was left embarrassed.”

“It was just a peck on the cheek… the media took it somewhere else. It was no big deal.”

Padmini started her Bollywood career as a child artist. Her breakthrough came in the 1978 Raj Kapoor film Satyam Shivam Sundaram.

Some of her other hits include Prem Rog and Pyar Jhukta Nahin.

Padmini Kolhapure revealed that some of the films she regretted went on to be massive hits, starring the likes of Sridevi, Rekha and Rati Agnihotri.

Padmini said: “You can’t do all the films you were offered.

“The same thing happened to me and I had to say no to the makers for some reason.”

Padmini’s last film came in 2020 with the Marathi movie Prawaas. 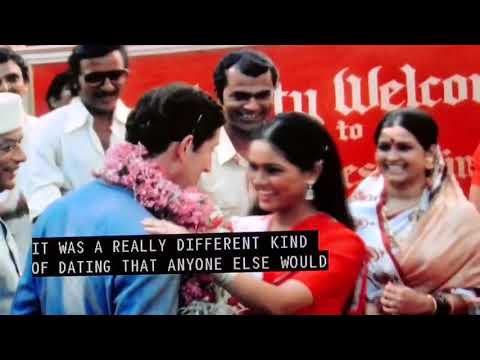 Dhiren is a journalism graduate with a passion for gaming, watching films and sports. He also enjoys cooking from time to time. His motto is to “Live life one day at a time.”
Is Sidharth Malhotra & Kiara Advani’s Relationship Confirmed?
Nargis Fakhri lost Bollywood Jobs for not Sleeping with Director