In a big blunder, India’s National Stock Exchange (NSE) tweeted pictures of actress Mouni Roy, leaving netizens wondering how such an error was made.

After realising the error, the post was deleted and NSE issued an apology.

Calling it “human error” and denying it as a hacking incident, the statement read:

“Today there was an unwanted post on NSE handle at 12:25 pm.

“It was a human error made by the agency handling NSE account and there was no hacking.

“Our sincere apologies to our followers for the inconvenience caused.”

Although the post was deleted, it had gone viral. Many social media users took the time to troll NSE, with some calling it a “perfect error”.

One person wrote: “Never mind. The post was good.”

One netizen commented: “The person handling NSE Twitter a/c must have taken 2 pegs of extra alcohol on this Saturday.”

Others wondered how such an error could happen on the official NSE account.

One person said: “My first guess was the agency that handles NSE account also works with Mouni Roy and this could be a mishap, but then no one posts with their own handle mentioned in the tweet.

“So, high probability hacked. And this is NSE.”

Another wrote: “And it took seven hours to realise this.”

Some advised the NSE to be more careful before “switching accounts”.

While Mouni Roy has not reacted to the error, her pictures were actually from a photoshoot, glimpses of which were shared by the actress on Instagram. 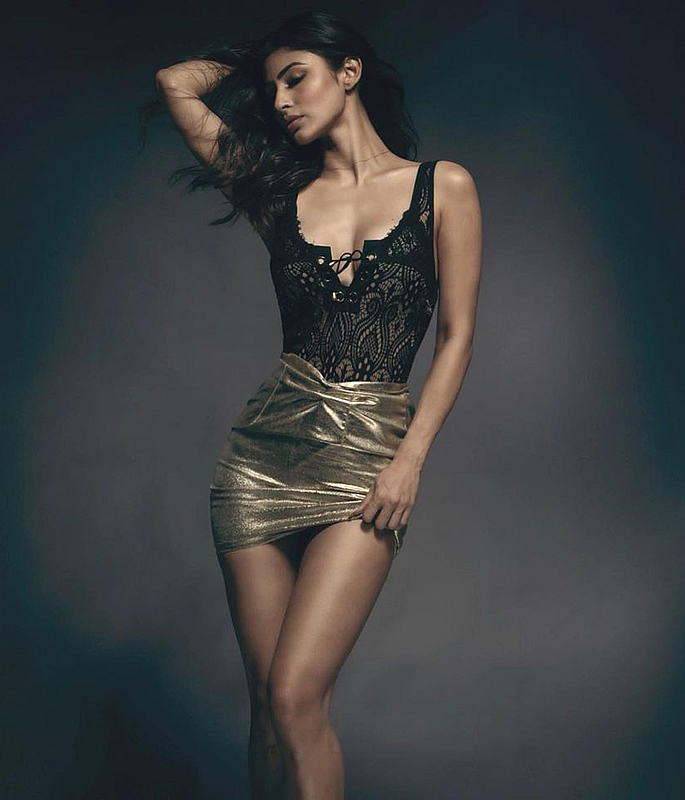 Mouni’s last theatrical release was Made In China, which also starred Rajkummar Rao. In 2020, she featured in London Confidential, a spy-thriller which was released on ZEE5.

She will next be seen in Brahmastra alongside Alia Bhatt, Ranbir Kapoor and Amitabh Bachchan. Mouni will reportedly play an antagonist in the film.

Talking about working alongside Amitabh, Mouni had previously said:

“It was surreal. I was like this little puppy who was just excited to see him and didn’t know what to do and after giving a shot with him I could have happily died.

“Who would have imagined that a girl from Cooch Behar would be sharing the screen with Amitabh Bachchan.”

Dhiren is a journalism graduate with a passion for gaming, watching films and sports. He also enjoys cooking from time to time. His motto is to “Live life one day at a time.”
Ranbir Kapoor told to ‘Get Lost’ by Natalie Portman
Hrithik Roshan Announces 1st film with Deepika Padukone