Brit-Asian Footballer Netan Sansara has signed for English Club, Boston United. Sansara will help the Lincolnshire outfit mount a challenge in the Conference North League. He hopes to be the Indian jewel in the crown of British Football.

"To be honest, not many Asian kids get support from their parents."

Netan has gained a lot of playing experience for somebody relatively young. Sansara is keen to show the world how well he has developed.

Netan was born and raised in the Black Country. He made his dream professional debut for local side Walsall just after his 19th birthday. The Darlaston lad signed a professional contract at the Bescot Stadium when he turned seventeen. 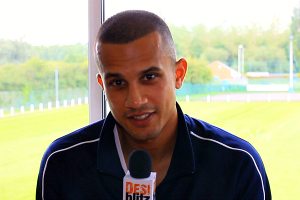 He snapped up a debut chance to face Yeovil Town away at Huish Park in the first game of Walsall’s 2008/09 League One campaign. Appreciating his chance to play regular football Sansara recently said:

“I am in a fortunate position to be doing something I’ve always dreamt of for a living. So I wake up every day and work harder than the last to continue to maintain my longevity in the game.”

After an impressive trial with Birmingham City, he was advised to sign for Walsall. This was thanks largely to Walsall’s well-reputed youth policy. Sansara’s talents didn’t go unnoticed in his youth and reserve match outings. He was soon given an opportunity by Saddlers manager Jimmy Mullen.

With a humble cultural upbringing, support from family has been pivotal to him.  As a child his grandma lovingly served him healthy servings of her Curry. Sansara’s publican father Mohinder ran a pub, as his Mother Usha took the young Netan football training. 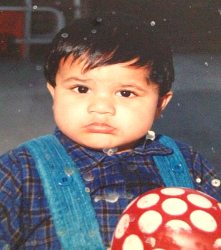 Netan added: “I am truly blessed to have a supportive family especially my parents who continue to support me and guide me through my life on and off the field. To be honest, not many Asian kids get support from their parents.”

Sansara never forgot the importance of education, even as a fully-fledged professional footballer. While he had great support from his British born Indian parents, he was encouraged to continue studying whilst pursuing football.

Netan Sansara knew that neither football nor fame provided any guarantees in life. Netan’s parents ensured his first professional contract at Walsall allowed him to study. Sansara studied for his A-levels in PE, Biology and Psychology at South Birmingham College. A wise head on young shoulders.

His proud parents said: “We are very proud of our son for what he has achieved in his career. He is a humble boy who works so hard. I am proud to call him my son. From when he could walk, he kicked a ball around shouting goal. We thank God for everything and we will continue to support our son in everything he does.”

It seems Huish Park is a lucky ground for Sansara. He made yet another debut at Yeovil’s home ground. This time his debut appearance was a home game for England v Holland at U18 level. Sansara is the first player of full Asian descent to be capped at England U18 and U19 level. 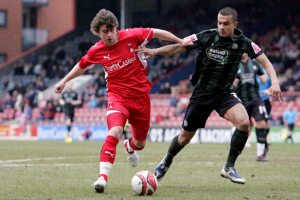 After his stint with Walsall, Netan went across the border in 2010. He spent two months playing for Scottish First Division side Dundee. He then moved back to England and finished the season with AFC Telford Utd and then Corby Town. In the close season, the young Footballer moved to Europe.

Sansara made his debut for Cypriot side PAEEK in September 2011. He got off to a flyer helping them win their first game of the season. After only three months, PAEEK were impressed. They wasted no time in offering Sansara a contract in December that year.

More followed for Netan that season. He was recognised and shortlisted for the Player of the Year award at the 2012 Asian Football Awards.

After a full season with PAEEK, Sansara turned down an extension to his contract and signed for Danish First Division club FC Vestsjælland. Here he felt the full force of footballing difference between the Cypriots and the Danes. Netan broke his nose during his time in Denmark. 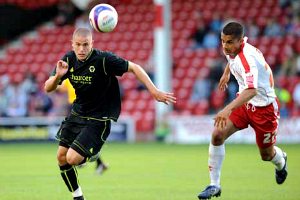 After a couple of years in Europe, Netan Sansara has returned to the green and pleasant land. The defender has plotted his route back by signing for the amber and black colours of Boston United. He is still young enough at the age of 23 to make an impact. Netan firmly believes that he can establish a name for himself in England.

Boston United Head, Dennis Greene, had been on the lookout for a quality left back. He couldn’t hide his delight when signing Sansara. He said: “Netan is a quality addition and it has been well worth waiting to fill the left-back slot with somebody of his calibre becoming available.”

The versatile left back has also played comfortably at centre back and left wing. He provides very useful options to the side nicknamed, Pilgrims. Boston beagan their 2013/2014 campaign with a 4-1 win over Stockport County. 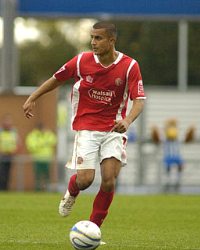 Boston United is one of only twelve clubs in the country to run a Centre of Excellence and provide a Study Support Centre. This could tie in well for Netan, especially with him being an ambassador for Kick It Out –  ‘Lets Kick Racism Out of Football.’

Sansara is keen on helping fellow British Asians on the path to carving out a career in professional football. Netan confidently states: “Being Asian is not a boundary anymore for the youngsters and events like this can help eradicate such thoughts.”

His experience and guidance would be priceless for any young player hoping to make the grade. Sansara has also worked alongside the Professional Footballers’ Association (PFA) to assist British Asians wanting to make a career out of playing football.

The future is looking bright for the tall, athletic Sansara. The Liverpool fan dreams of having a long football career. Perhaps one day he will emulate his left sided Norwegian idol John Arne Riise. Sansara’s dream would be to grace the hallowed Anfield turf for the Reds.

“There is no secret I want to represent India at international level. I’m waiting for the call. I think there is so much I could give to the team.”

That ambition came a step closer when he was invited to a training camp with the Indian national team. Sansara would make his Indian born Grandparents very proud by representing them at the highest level.

We hope to see Netan Sansara go from strength to strength and fulfil his ambition of playing regular football in the Premier League.

Rupen has been passionate about writing since childhood. Tanzanian born, Rupen grew up in London and also lived and studied in exotic India and vibrant Liverpool. His motto is: “Think positive and the rest will follow.”
Premier League 2013/2014 Week One
Premier League Football 2013/2014 Week 2