Actress Monica Bedi certainly has had an interesting life. Now, she is making headlines for her budding friendship with an Indian cricketer.

Maybe it will be ‘third times the charm’

It appears Indian actress Monica Bedi and Indian cricketer Mohammad Azharuddin are the latest pair to be just ‘good friends’, a stance they have maintained even with their inner circle.

Monica has certainly had an interesting life. The actress made her debut with the 1995 Telugu film Taj Mahal.

In the same year, Monica made her Bollywood debut with the 1995 film, Surakshaa.

Monica appeared in season two of the popular reality show where she gained recognition. 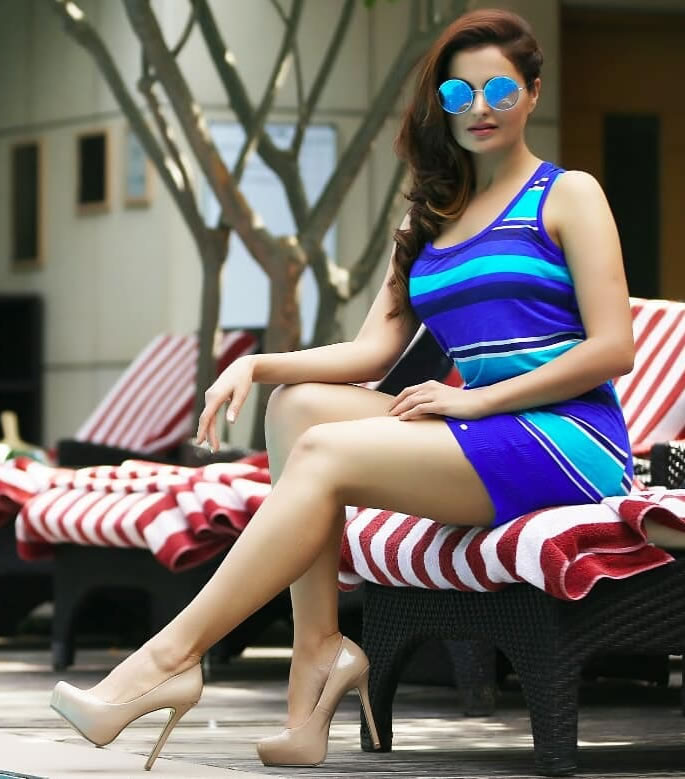 However, alongside a successful career, Monica is also known for her previous involvement with gangster Abu Saleem.

The pair was arrested for entering a country with false documents. Yet, her appearance on Bigg Boss 2 helped resurrect her image.

The former cricketer was also the captain of the Men in Blue throughout 47 Test Matches and 174 One Day Matches in the mid-1900s.

However, Azharuddin was caught in a match-fixing scandal in 2000 and this subsequently ended his international career.

He received a ban for life by the Board of Control for Cricket in India (BCCI). Eventually, this ban was lifted.

Despite this, Mohammad Azharuddin gave up his bat and turned to politics.

Be Bold and Focussed ! #thoughtoftheday

He was elected as a member of parliament from Moradabad. He then went on to become elected as the President of the Hyderabad Cricket Association in September 2019.

Now, his flourishing friendship with Monica has been making headlines.

According to reports, the duo has been spending a lot of time together and have become close friends.

Monica and Azharuddin met through a common friend and politician, Sanjay Nirupam.

Reportedly, Monica also attended Azharuddin’s and his ex-wife Naureen’s son, Asaduddin’s wedding in Hyderabad, as a special guest from his side.

Azharuddin was married to Naureen for nine years before they got divorced. The former couple shares two sons, Asaduddin and Ayazuddin.

Azharuddin then went on to marry Sangeeta Bijlani in 1996. However, they parted ways in 2010.

We wonder whether their friendship will turn into romance. Maybe it will be ‘third times the charm’ for Mohammad Azharuddin with Monica Bedi.

Ayesha is an English graduate with an aesthetic eye. Her fascination lies in sports, fashion and beauty. Also, she does not shy away from controversial subjects. Her motto is: “no two days are the same, that is what makes life worth living.”
Pooja Hegde says She is not ‘Preaching’ during Lockdown
Kareena shares video of Life Before, During & After ‘The Great Realisation’