Cricket Australia end case into the alleged racial slur by a player towards Moeen Ali. Moeen claims in his Autobiography that he was called ‘Osama’ in 2015.

"I remember going really red. I have never been so angry on a cricket field."

Cricket Australia end their enquiry following a claim that England All-Rounder Moeen Ali was called ‘Osama’ by an Australian player in the 2015 Ashes series.

This is because no new evidence came to light. The governing body of Australia did launch an investigation. This is after Moeen wrote about a racial incident in his autobiography, which releases on 27 September 2018.

Moeen mentioned the comments were made in the first test of the 2015 series, which England won 3-2 to regain the Ashes.

Closing the incident, a spokesperson from Cricket Australia said:

“We have followed up with the England and Wales Cricket Board [ECB] and confirmed the incident was investigated at the time.

“A response was provided to Moeen. Moeen elected not to progress the matter any further at the time and we have not been able to ascertain any new additional evidence through our enquiries.

“As such, the matter is considered closed.

“We take a zero-tolerance approach to remarks of this nature, they have no place in our sport, or in society, and any allegations raised with us are treated seriously and respectfully.”

It will be interesting to know why Moeen did not decide to take this matter further. After all, it is a serious claim.

In an extract from his book, Moeen says: “An Australian player had turned to me on the field and said, ‘Take that, Osama’. I could not believe what I had heard.

“I remember going really red. I have never been so angry on a cricket field.”

The alleged racial slur apparently is in reference to the late Osama Bin Laden. Moeen, who comes from Birmingham, is a spiritual person of both Pakistani and English background. 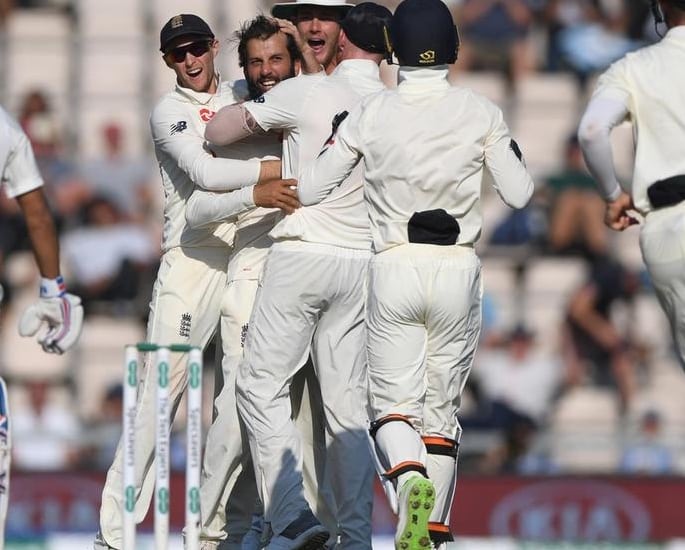 Moeen adds that he did tell “a couple” of England team members about the incident. He also believes England coach Trevor Bayliss did discuss the issue with former Australian counterpart Darren Lehmann.

Moeen Ali has had a terrific all round 2018 ECB season. Firstly playing a key part in England’s 4-1 Test Series win against India. Secondly leading his county Worcestershire to triumph in the 2018 T20 Blast.

Following the domestic T20 victory, in the post-match press conference Moeen refused to talk about this incident saying:

“I don’t actually want to talk about this. Today is about Worcestershire.”

With this incident now at a closure, Moeen can concentrate on the 2018 winter tour of Sri Lanka and the 2019 West Indies Tour.

Fans of Moeen Ali can pre-order his autobiography from all major online platforms, including Amazon. Allen & Unwin are the publishers of the book. Cricket writer Mihir Bose has assisted Moeen with this book.

Read and see what you think of the book, including his alleged claims about the racial incident.

Images courtesy of The National, Allen & Unwin and Times of Islamabad