‘The Apprentice’ returns for a 17th series on January 5, 2023, with four British Asian candidates. We reveal more about the contestants.

"Some say I’m delusional, I prefer the term optimistic."

The 17th series of The Apprentice hits our screens on January 5, 2023, where 18 new candidates will battle for Lord Alan Sugar’s £250,000 business investment.

Assisting Lord Sugar in finding his next business partner will be Tim Campbell and Karren Brady, while fan favourite Claude Littner will appear in two episodes.

Candidates come from different backgrounds, including banking, retail, food and drink, cosmetics and so on.

From the very first episode, they will be thrown in at the deep end as they travel to Antigua to create and sell excursions to tourists.

The 16th series saw Harpreet Kaur win the lucrative investment and the four hopefuls will be looking to do the same.

Will they face Lord Sugar’s dreaded “You’re fired!” Or will they have a more favourable experience? 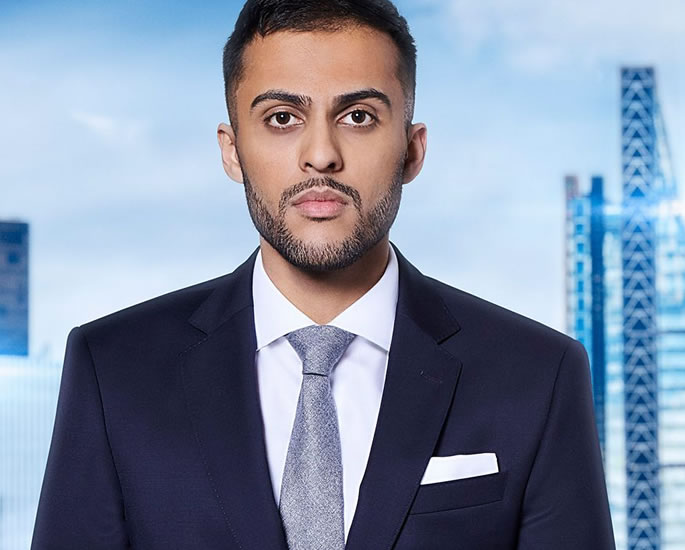 Avi lives in London and is a city banker.

Despite being the youngest candidate in the series, he describes himself as a “confident chap” which may help him during the show’s legendary selling challenges, while his experience in the world of finance could give him the edge when it comes to balancing budgets.

As an “optimistic” entrepreneur, he believes that Lord Sugar’s investment will get him out of the “rat race” of city banking, stating:

But as for his biggest weakness, Avi says:

“Some say I’m delusional, I prefer the term optimistic.” 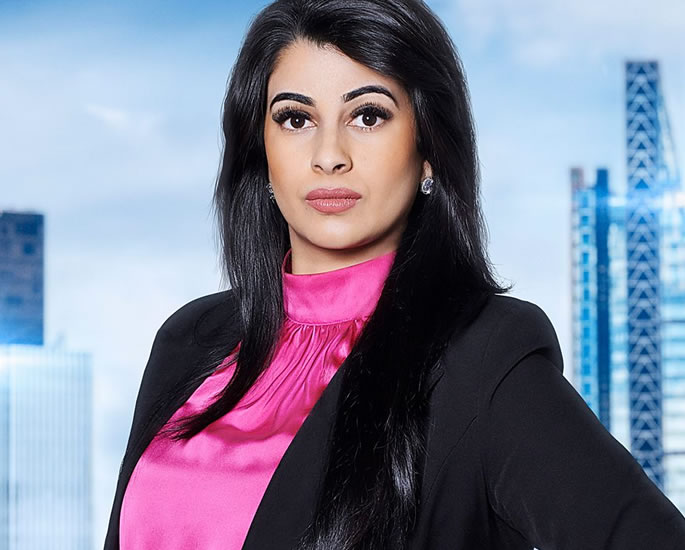 Financial controller Denisha Kaur Bharj has overcome professional and personal tests to reach the peak of her potential.

She says: “I dream big, but I work extra hard and know everything is possible.

“I want to build an empire, with my first step being in business with Lord Sugar. I want to be mentored by the best to be the best.”

Denisha says her skill is being able to handle pressure, although some people think it is a weakness.

She adds: “I’m a strong, motivated, hard-working woman. I know my worth and what I can achieve, most people don’t know that. I’m not scared of getting out of my comfort zone if it means being successful.

“I have always known what I wanted in life. I know the dreams I want to achieve. There’s only one Denisha Kaur.” 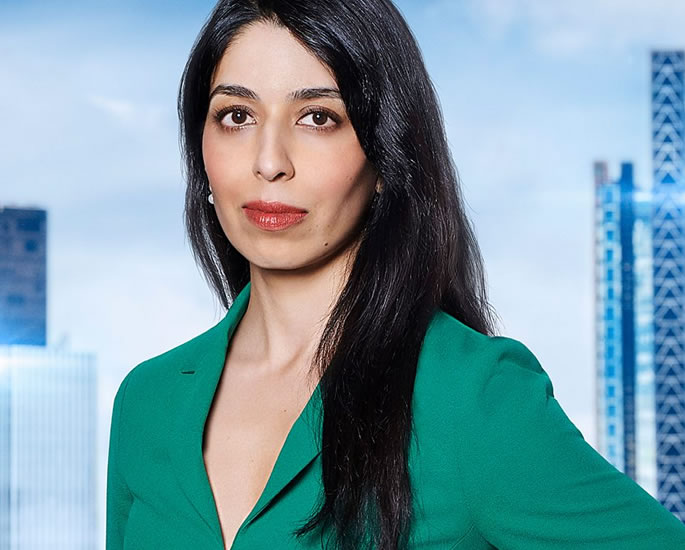 London-based technology recruiter Shazia Hussain is all for a varied representation of diverse women in the world of business.

And her main focus is to win The Apprentice, saying:

“I don’t need any friends in business. I am here to win this.”

Shazia has ADHD, which she believes is both a strength and a weakness.

“My USP is my ADHD, which means I can process information faster than others. This often means that my reaction time is quicker, and I look at things differently.”

On her weakness, she says: “Again, it would be my ADHD, because it means that I lose concentration quite quickly when I’m around stimuli.”

Shazia feels she deserves the investment because she can “identify niches in business” and “develop them into USPs”. 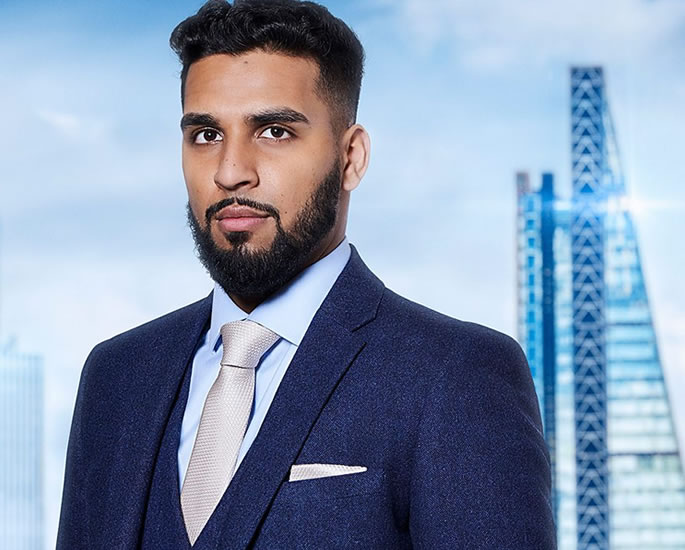 Sohail Chowdhary is a martial arts instructor from Southampton and warns his fellow candidates to be “wary” of him.

“I am calm and collected, but if they do come at me? I will bite and I will sting, and I will leave my mark.”

He says one of his strengths is turning his laziness into a positive by creating smart solutions and simple shortcuts to difficult problems, which can achieve the same results as others faster.

However, he admits that sometimes, he does not listen to others. Sohail also puts emotions before business.

On why he deserves Lord Sugar’s investment, Sohail says:

“I was raised in a council house and I’m proud of that, but that means I’ve had to fight hard to achieve the comfortable life I lead today.

“I’ve got a proven track record behind me and if the previous five years are anything to go by, the next five are going to be something special.

“Plus, owning a martial arts business means Lord Sugar can learn how to kick ass for free.”

The 17th series of The Apprentice is set to become a weekly indulgence once again.

With its diverse line-up of confident candidates, the show will witness great challenges.

Tasks include making and selling bao buns and creating cartoon characters, among others.

Dhiren is a journalism graduate with a passion for gaming, watching films and sports. He also enjoys cooking from time to time. His motto is to “Live life one day at a time.”
Anil Kapoor prays for ‘Speedy Recovery’ of Jeremy Renner
Mehwish Hayat slams Ex-Army Officer’s ‘Honey Trap’ claims