"It has been an extremely traumatic experience for me"

It has been reported that Meesha Shafi faces up to three years in prison after falsely accusing Ali Zafar of sexual harassment.

Her accusations sparked Pakistan’s #MeToo movement but now she faces jail after Ali filed a “criminal defamation” charge against her over the damage to his reputation.

The singer claimed Ali groped her at a recording studio in his home in December 2017 prior to a concert, which the two went on to perform in together.

In 2018, Meesha made the accusation, saying:

“I have been subjected, on more than one occasion, to sexual harassment of a physical nature at the hands of a colleague from my industry: Ali Zafar.

“These incidents did not happen when I was young, or just entering the industry.

“This happened to me even though I am an empowered, accomplished woman who is known for speaking her mind!

“This happened to me as a mother of two children.

“It has been an extremely traumatic experience for me and my family.

“Ali is someone I have known for many years and someone who I have shared the stage with.

“I feel betrayed by his behaviour and his attitude and I know that I am not alone.

“If this can happen to someone like me, an established artist, then it can happen to any young woman and that concerns me gravely.” 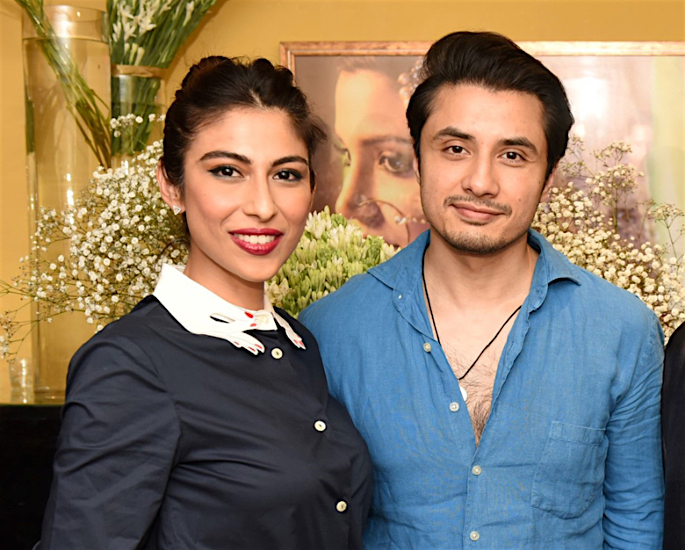 However, Ali has denied the claims that he sexually harassed Meesha and the other women. He was not charged.

He said Meesha Shafi’s claims were part of an online smear campaign and subsequently launched a criminal case against her.

Ali also filed a civil defamation case, demanding £4.3 million from her, saying her claims cost him multinational sponsorships and a judging position on a music talent show.

“By the time I prove my case, the damage will be irreparable. It already is, in many ways.”

“I categorically deny all claims of harassment lodged against me by Ms Shafi.

“I intend to take this through the courts of law and to address this professionally and seriously rather than to lodge any allegations here, contesting personal vendettas on social media and in turn disrespecting the movement, my family, the industry and my fans.

“Ultimately I am a strong believer that the truth, always prevails.”

Her lawyers will challenge the charge, stating it may stop other women from coming forward with sexual harassment allegations in the future.

Meesha’s lawyer, Khwaja Ahmad Hosain said the case “will decide on the scope of the law for keeping women safe in the workplace”.

He added: “The outcome will be important for all women in this country.”

She faces up to three years in prison if found guilty.

Meesha Shafi previously took her sexual harassment case to the High Court after it was ruled that her claim was not covered by a law designed to protect women from workplace harassment.

A separate law covers accusations of harassment outside the workplace, but accusers must file a police report, which victims often find difficult to do.

Meesha first went to the provincial ombudsperson, followed by the provincial governor and then the top court in Punjab with her allegation against Ali, but all three dismissed the case.

Dhiren is a journalism graduate with a passion for gaming, watching films and sports. He also enjoys cooking from time to time. His motto is to “Live life one day at a time.”
Amol Rajan named as Presenter of BBC Radio 4’s ‘Today’
Meesha Shafi hits back at Jail Sentence Claims