“When there was no smartphone on the market putting the music on the main stage, we created it.”

Marshall, the leading manufacturer of headphones and amplifiers, is tapping into the booming mobile market by making its very first smartphone.

Named ‘Marshall London’, the sleek smartphone claims to be ‘the loudest mobile phone on Earth’.

Wrapped in a matte black shell – just like those on the legendary Marshall amps, its biggest feature is obviously the audio.

London makes your music library the centre of everything with just one click of the M-Button, positioned at the top of the phone.

It instantly brings up a built-in app that links you to all different music apps that have been downloaded, as well as a universal equaliser.

London also solves the problem of speaker volume that many other smartphones may encounter.

It is equipped with two front-facing speakers that can project a volume that is loud enough to fill a noisy and busy hall room.

If you fancy using your headphones, London can deliver an incredible experience, too!

The smartphone comes with a pair of Marshall Mode in-ear headphones. Plug them into its stereo jacks and simply let the sound do all the talking.

One of the stand-out specs of London is its two stereo jacks designed for the music-sharing experience, so you and your friend can listen to the charts or watch YouTube together.

Marshall really tries to give London all the unique touches and features that you can only find on a high quality Hi-Fi.

Rather than following the standard design for volume control button on smartphones, London uses a gold-plated scroll wheel so you can easily crank it up or bring the dynamics right down to suit the occasion.

With a smartphone capable of studio quality sound, Marshall wants to make sure true music lovers can enjoy music in any way they want.

London allows you to record songs anytime anywhere at a striking quality with its pre-installed DJ app and noise-cancelling microphones. 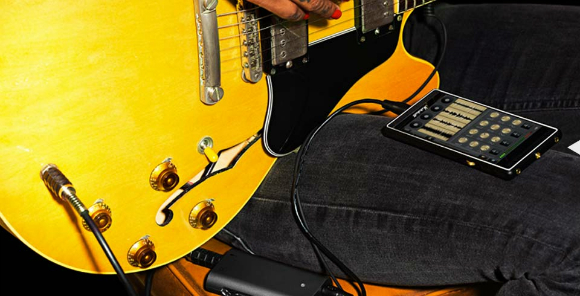 Konrad Bergstrom, President and Co-Founder of Zound Industries (parent company of Marshall), said: “We always aim to go big. To always give our customers the best user experience.”

“When there was no smartphone on the market putting the music on the main stage, we created it.”

“We know that our consumers and the open market is ready for what we have to give: a smartphone by default, developed into the world’s greatest music device and we promise you, Marshall London is like nothing you’ve ever had in your pocket.”

Scarlett is an avid writer and pianist. Originally from Hong Kong, egg tart is her cure for homesickness. She loves music and film, enjoys travelling and watching sports. Her motto is “Take a leap, chase your dream, eat more cream.”
Canadian Groom woos Bride with ‘Tum Hi Ho’
Mercedes-Benz S-Class 2015 ~ King of Luxury