During an ongoing case, a court heard that Ramanodge Unmathallegadoo shot and killed his pregnant ex-wife with a crossbow.

"The defendant's planning was as careful as it was long term."

On November 5, 2019, the Old Bailey heard that Ramanodge Unmathallegadoo used a crossbow to murder his heavily pregnant ex-wife.

The estranged husband had spied on her for a month from her garden shed while he purchased a mechanical crank to help him load his crossbows faster.

Unmathallegadoo, a former hospital site manager also amassed a haul of weapons for almost a year before killing Devi Unmathallegadoo.

It was heard that the 51-year-old fired a bolt into his ex-wife’s heart at her home in Ilford, East London. He attacked her in revenge for leaving him for another man.

Jurors heard that Unmathallegadoo had a collection of weapons including a hammer, knife, cable ties, duct tape and scissors before he emerged from the shed armed with two crossbows.

Prior to the murder, he carried out surveillance on the house to determine whether or not the shed was padlocked.

Ms Unmathallegadoo, aged 35, had been living with her new partner Imtiaz Muhammad and was eight months pregnant with their child. 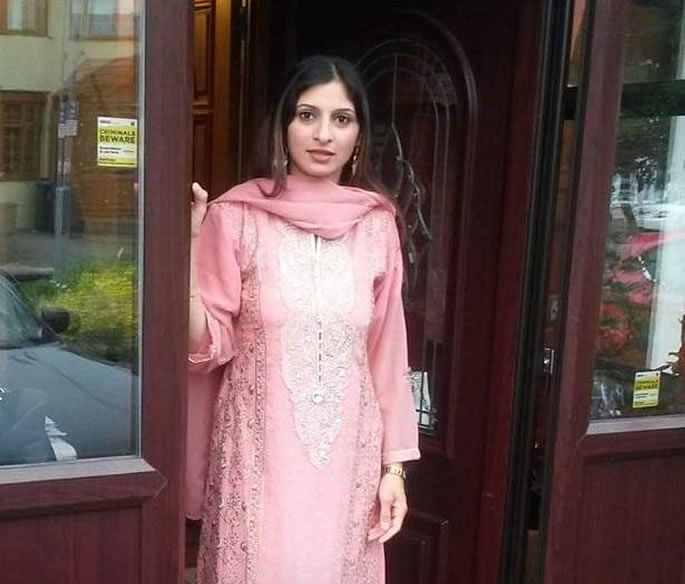 The accused owned two crossbows, one called a Barnet Ghost 420 and another referred to as Guillotine Crossbow.

It was claimed he had two so that he would avoid having to reload.

Richard Horwell QC, prosecuting, said: “It is no ordinary business to load a crossbow manually.

“These things are vicious weapons with immense power, and they take time and effort to load that is when you do it manually.

“There is a device such as the [accused] made an inquiry about. They are called mechanical crank loading devices, but it is still quite a palaver.

“By early August the defendant had sourced from another online retailer a Barnet Crank device which makes the loading quicker and it cost just under £125.

“The defendant’s planning was as careful as it was long term.”

Six video recordings were recovered from the garden shed and each of them showed footage of the house and when the occupants were in or out.

The films were taken in 2012, the year Unmathallegadoo’s marriage deteriorated.

“There is one development before the attack and that involves the surveillance of 103 Applegarth Drive.

“Following the attack the police obviously searched the home and in particular the shed and a handwritten note was found inside a jacket that belonged to the defendant and that note suggested the defendant had conducted surveillance in respect of 103 Applegarth Drive between 7 May and 6 June last year. 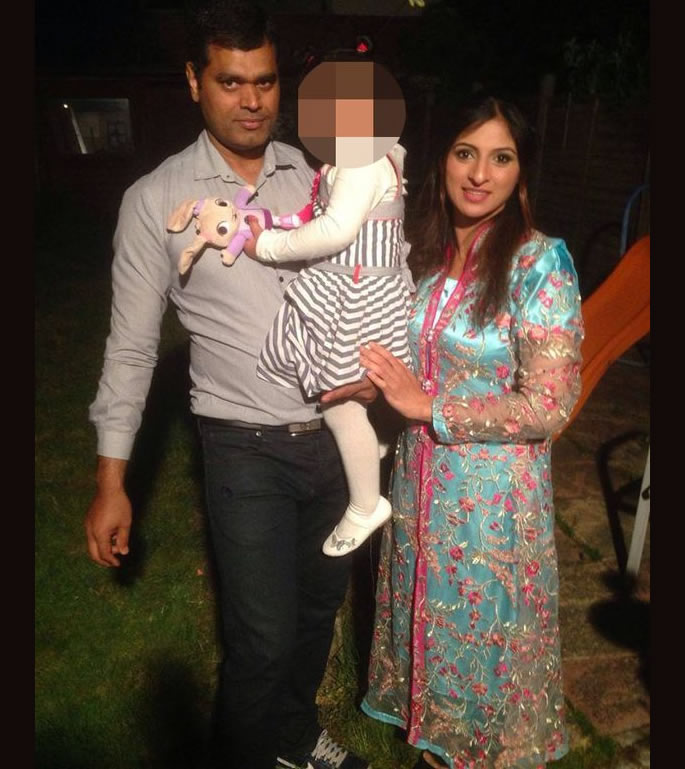 Unmathallegadoo was a site manager at Newham General Hospital until he resigned in 2013 without explanation.

Mr Horwell said: “From 2015 the defendant had started to make preparations for the attack and by March last year at the very least he was storing his weapons and the necessary equipment to carry out this attack in close proximity to Devi’s home which was where the attack was to be carried out.

“By March 2018 he had acquired two crossbows and numerous arrows or bolts with which to carry out the attack.

“In March last year, his cache of weapons and equipment was discovered by chance by a member of the public.

“Now that discovery was a significant setback to the defendant’s plans, but such was his determination to carry out the attack that within days of the chance discovery and removal he had started to replace his cache with fresh weapons and equipment.

“Some take revenge instantly, others take their time, time for the hatred to grow and fester.

“There can be no doubt the defendant took his time, several years, before killing the woman who used to be his wife.”

On the day of the killing, Mr Muhammad spotted Unmathallegadoo. At that point, the estranged husband of Devi ran from the shed into the home.

Mr Horwell revealed: “Imtiaz ran from the shed to the house pursued by the defendant.

“Imtiaz then ran through the back door which led to the kitchen, shouting for Devi, who was in the kitchen, to run.

The two ran from the kitchen into the hallway which led to the front door, with the defendant in close pursuit. Devi turned left and ran up the stairs, whereas Imtiaz ran out of the front door.

“When outside, Imtiaz turned and saw the defendant, who was now at the bottom of the stairs, shoot Devi who was halfway up the stairs.

“The effect on her was immediate and she fell whilst on the stairs.

“The defendant who had been spending an increasing amount of time watching the house and recording the movements of the occupants and approaching and talking to his children must have been aware of her advanced pregnancy.

“The timing of his installing himself in the shed in readiness for an attack was no coincidence. This attack was deliberately designed to take place before Devi had given birth to her child.”

After shooting Devi, her two eldest children managed to wrestle the crossbow off Unmathallegadoo.

Devi and Unmathallegadoo had married in 1999 in Mauritius, but their “rocky” marriage led to their separation in 2012 and they eventually divorced in 2014.

Mr Horwell said: “This was a deliberate and quite calculated act of revenge on his part, intended to cause, at the very least, the death of Devi.”

The BBC reported that Unmathallegadoo denies murdering his ex-wife. The trial continues.

Dhiren is a journalism graduate with a passion for gaming, watching films and sports. He also enjoys cooking from time to time. His motto is to “Live life one day at a time.”
Mayor’s Son-In-Law shot 3 Times in Sainsbury’s Car Park
Married Indian Woman with Lover tied to Tree by In-Laws