A fake dating app profile of Lara Dutta went viral and netizens let her know about it. Now, the actress has responded.

"I have been going nuts since yesterday"

Lara Dutta has responded to fans questioning why she is on a dating app.

A fake Tinder profile featuring the actress’ picture went viral. The profile stated the name ‘Lara’ as well as the age of 43.

The bio read: “Ain’t no time for hiccups, when you’re down for hookups!”

After coming across the profile, netizens sent messages and memes to the actress, asking why she is on a dating app.

The questions came despite Lara being married to tennis legend Mahesh Bhupathi. 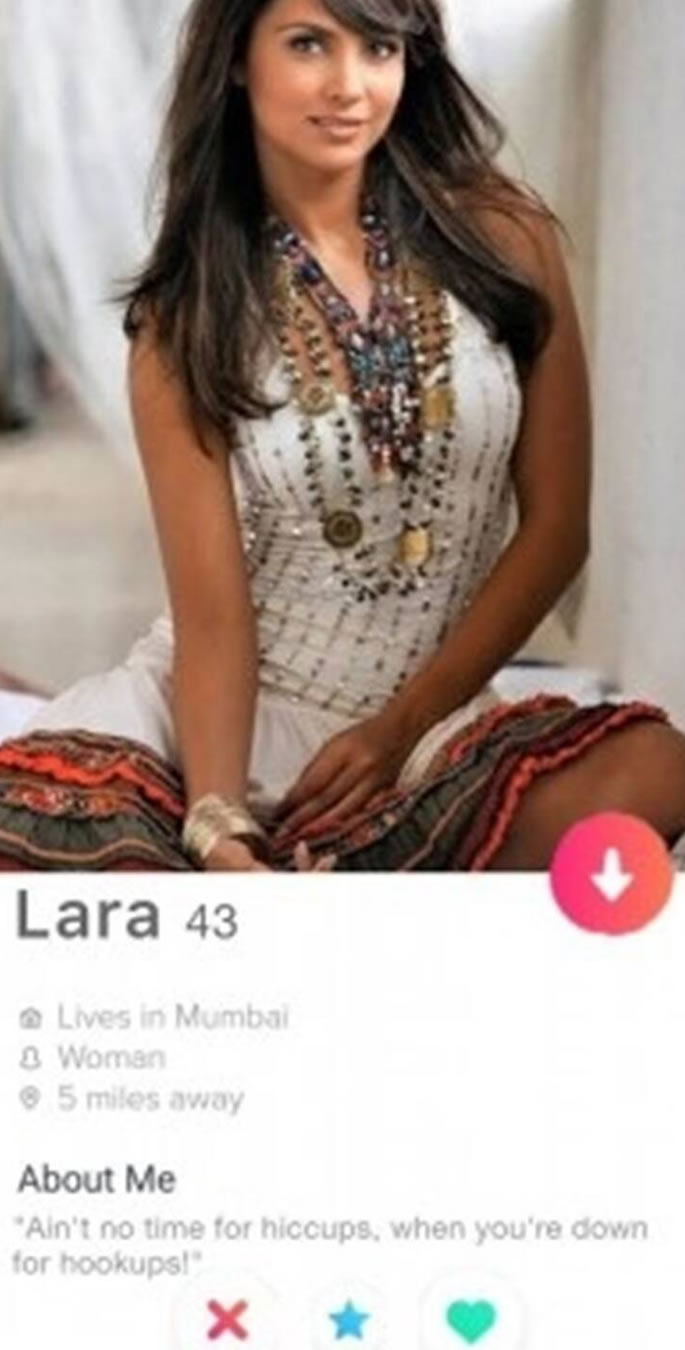 Lara has now reacted to the messages. She laughed it off and said that she is not on any dating app.

“Since yesterday, my feed has been absolutely flooded with some memes and some messages, they have been telling me that I have a profile on some kind of a dating app.

“So, it’s been absolutely crazy, I have been going nuts since yesterday, trying to answer people one by one and tell them what the truth really is.

“So, I thought it is better to just go online and clarify it with you right here, right now that I am not on any dating app, have never been and am not on any right now either.”

Lara went on to say that she does not have a problem with dating apps.

She continued: “Not that I have anything against dating apps, I think it is an absolutely fantastic way for people to actually connect and meet each other.

“I am personally not on a dating app at the moment.

“So, for all the memes doing the rounds out there, am very amused to see most of them but there’s not much truth in there.

“I do very few Insta lives so it’s really fun to connect with you all of you, who are here today.

“But if you do hear this, please know that all the memes that are doing the rounds that I’m on some dating app, I’m not on any dating app guys.”

Although the Tinder profile is fake, the caption indicated that it was in reference to Lara Dutta’s upcoming show Hiccups and Hookups.

It is the first Indian original series from Lionsgate Play.

As well as Lara, the show also stars Prateik Babbar and Shinnova.

Hiccups and Hookups is about a newly separated single mother (Lara) and her brother (Prateik).

They help each other in the dating world while raising her teenage daughter (Shinnova).

Dhiren is a journalism graduate with a passion for gaming, watching films and sports. He also enjoys cooking from time to time. His motto is to “Live life one day at a time.”
Sanya Malhotra Buys £1m Luxury Home
Ryan Reynolds says Deadpool is perfect for Bollywood