Lakhwinder Wadali is a sensational Punjabi musician, master of Sufi Qawwal and Gharana. In an exclusive Gupshup with DESIblitz, Lakhwinder discusses his musical journey and much more.

"I still feel as if I have just begun my musical journey."

His unique style of singing is a fine blend between classical and contemporary music, bringing a fresh twist to Punjabi music.

His renowned singing styles are unique, and offer a fusion of East meets West while retaining a Sufi-inspired soul.

Key aspects of his musical style consist of Alaaps and taans, including his distinguished renditions of Sufi Saints, romantic folk, ghazals, bhajans and bhangra. 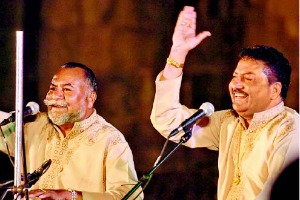 Wadali’s musical talent branches from a family of famous musicians and teachers.

Here he was extensively trained and tutored to sing by his father Ustad Puran Chand Wadali and uncle, Ustad Pyare Lal Wadali.

In an exclusive Gupshup with DESIblitz, Lakhwinder tells us:

“My father sings Sufi and since childhood, I’ve had that atmosphere around me, by hearing him rehearse I have also learnt Sufi.”

Wadali’s father and uncle formed India’s most acclaimed Sufi Qawwali duo, known as ‘The Wadali Brothers’. They are also acclaimed as the great living legends of the Patiala Gharana. Even his grandfather Thakur Dass Wadali was a notable vocalist of his time.

Apart from Wadali’s considerable musical family background, he has taken his musical knowledge and training further and studied music academically. 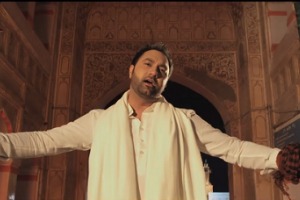 With a Masters in music, he also went on to pursue a Ph.D in Classical Music (vocal), and we can only expect to see bigger and better things for Wadali.

The Sufi Qawwali music style is always consistent throughout Wadali’s musical work, yet he still keeps up to date with contemporary bhangra trends, always keeping his music fresh and diverse.

His passion for Sufi music has not merely evolved from his family background but also his birthplace and heritage.

Lakhwinder is from the village Guru Ki Wadalli which is the birthplace of Dhan Dhan Shree Guru Hargobind Ji, the sixth Guru of the Sikhs.

Wadali was born into the sixth generation of musicians singing the messages of Sufi Saints. Telling us more about this, he says:

“The name Wadali had come about from my father and uncle spending time in this village.”

The passion for Sufi culture is embedded not only as part of Wadali’s personal desire but through the heritage passed down, and it is simply a way of life. 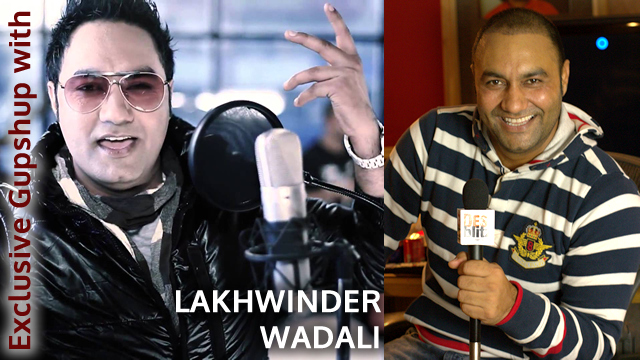 He is also musically associated with classic Indian folk tales that have been passed down by many generations and are a staple of Indian society; these are Sassi-Punnu, Laila-Majnu, Jugni, and Heer-Ranjha to name a few.

Not only does Wadali teach music within his village to those who remain as passionate about the Sufi culture as the him and his musically gifted family, but he also attends many other cultural programme’s around the world such as Canada, Pakistan, Dubai and a number of cities in India.

Music is not the only talent form Lakhwinder Wadali has graced us with. He has also played a lead role in a Punjabi film Akhiyan Udeekdiyan (2009), and he of course was also a playback singer with the song ‘Mohabbatan’.

Some of his biggest songs to date include ‘De Deedar’, ‘Ishqe Daa Jaam’, ‘Velle’, and ‘Tu Bas Tu’ to name a few.

He is also well recognised for his famous ‘Jugalbandi’ collaboration he did with Master Saleem in 2014. This live TV show took place in Panjab where audiences witnessed Wadali and Saleem creating music magic by singing with a young contestant. 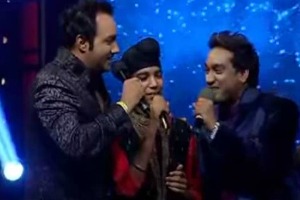 When asked more about this, he said: “I always wanted to sing with Master Saleem and I finally got the chance on the show.

“We had heard a little kid sing ‘Dam Mast Qalandar’, he sang it so beautifully we were compelled to sing with him.

“We didn’t know viewers would think we were having an argument or criticising him,” Wadali said with a smile on his face.

“We took it as a bit of fun, as musicians we appreciate new talent, we thought the kid has a great voice and we wanted to sing with him,” he adds.

Wadali also let us know about his favourite contemporary producer, chuckling slightly he said: “Dr Zeus [has] been doing great things in the music industry for such a long time and it was my wish to work with him.

“He had done a great project on Ustad Nusrat Fateh Ali Khan which went down really well in India and I’m a massive fan of Dr Zeus because of this.”

Always humble, when asked about his unique style of music he laughed and said: “It always feels like I’ve just started my musical journey and if you like my music or my style, then I would like to say a big thank you.”

Already with such success we can only expect and want to see more from Lakhwinder Wadali. His talent will continue to grow, whilst preserving Sufi culture throughout his music.

Soni, a Film Studies and Journalism graduate has an ambition to work in TV and film. She loves arts, culture and listening to music especially Bhangra. Her motto: "Yesterday is history, tomorrow is a mystery but today is a gift."
Southbank Centre presents Darbar Festival 2014
Top Young Dancers of India